We feel so stoned right now

Sometimes we wonder if Glenmorangie is on mushrooms.

In 2020, alongside DDB Paris, the single malt Scotch whisky brand kicked off "It's Kind of Delicious and Wonderful," a Technicolor dreamcoat wonderland that felt like reprieve from a surreal, sometimes bleak year.

The latest iteration is here. It's directed and shot by Miles Aldridge, who also did the previous work.

Here, Aldridge takes that universe he helped build and expands it, sometimes literally. The 60-second video and six accompanying prints are filled with weird details that hark back to the brand—anagrams of Glenmorangie, and subtle cameos from its brand symbol, the giraffe. Graphically, everything is rooted in the bold orange Glenmorangie is known for.

"Ambition really flexed its muscles through every concept. We were able to expand and think big and supersize everything," Aldridge says. "For example, the greenhouse scene began with just a woman in a greenhouse. But then it became interesting to me that she would have a greenhouse so big, it would have two floors and that she would need to ascend stairs to reach a gigantic plant creation. The use of visual clues to the brand—giraffes, anagrams—is far wilder and bolder. I genuinely don't think consumers will have seen anything like this campaign before. It works in such an original way."

What we get from the experience is a reprise of the travel theme and that ongoing sense of flitting around with companions, Great Gatsby-style. But there are also occult elements that feel prominent this time, some quality of the magic just over our shoulders: the cards on the table, the fortune teller's crystal ball, the red barber bib that flourishes like a magician's kerchief. Doors open to other doors, and a frosty crackle of gold appears on the edge of a glass.

No one's face is ever fully visible. It's an eerie sensation, reminiscent of dreamscapes in Twin Peaks. This is especially evident in the print ads: 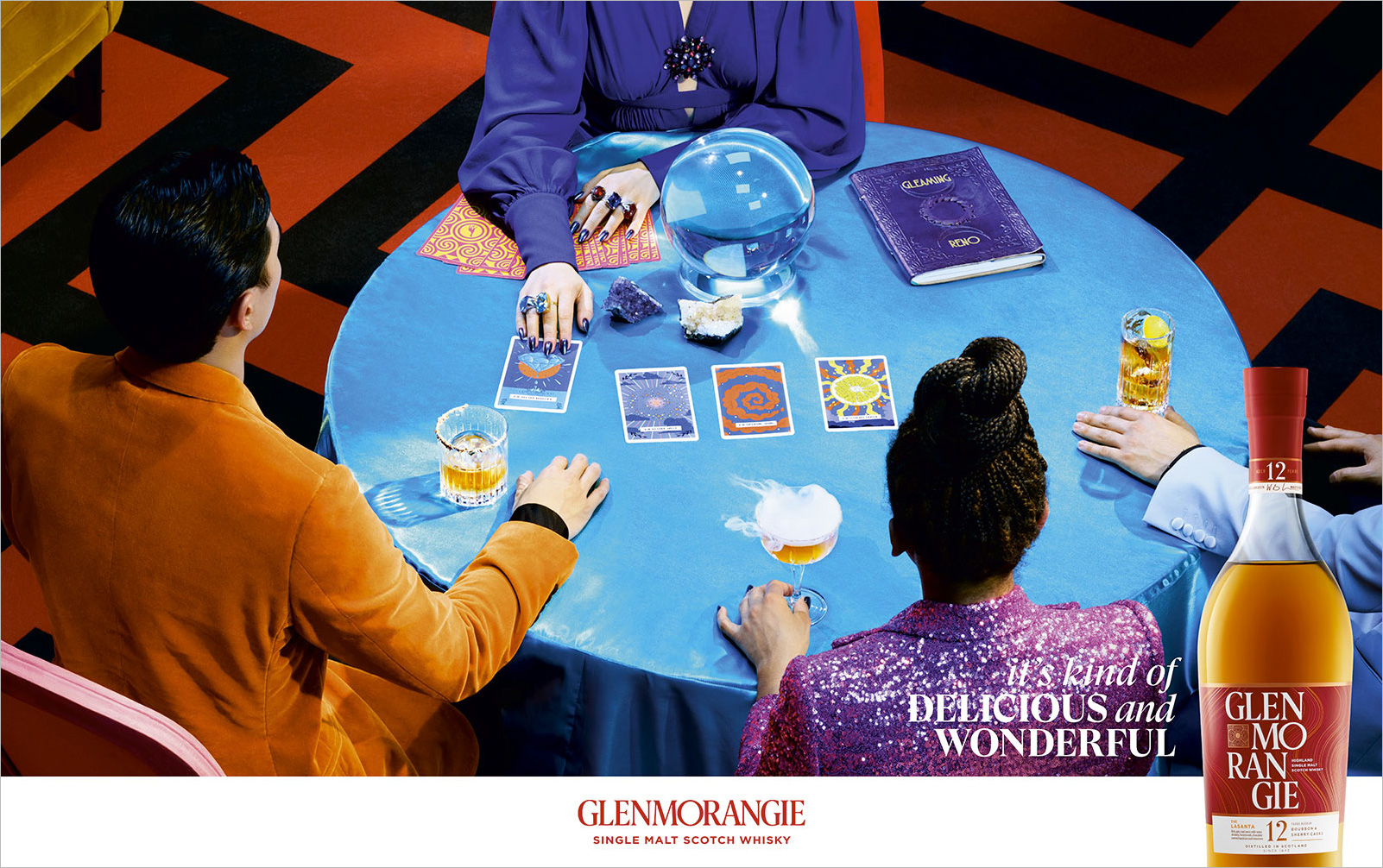 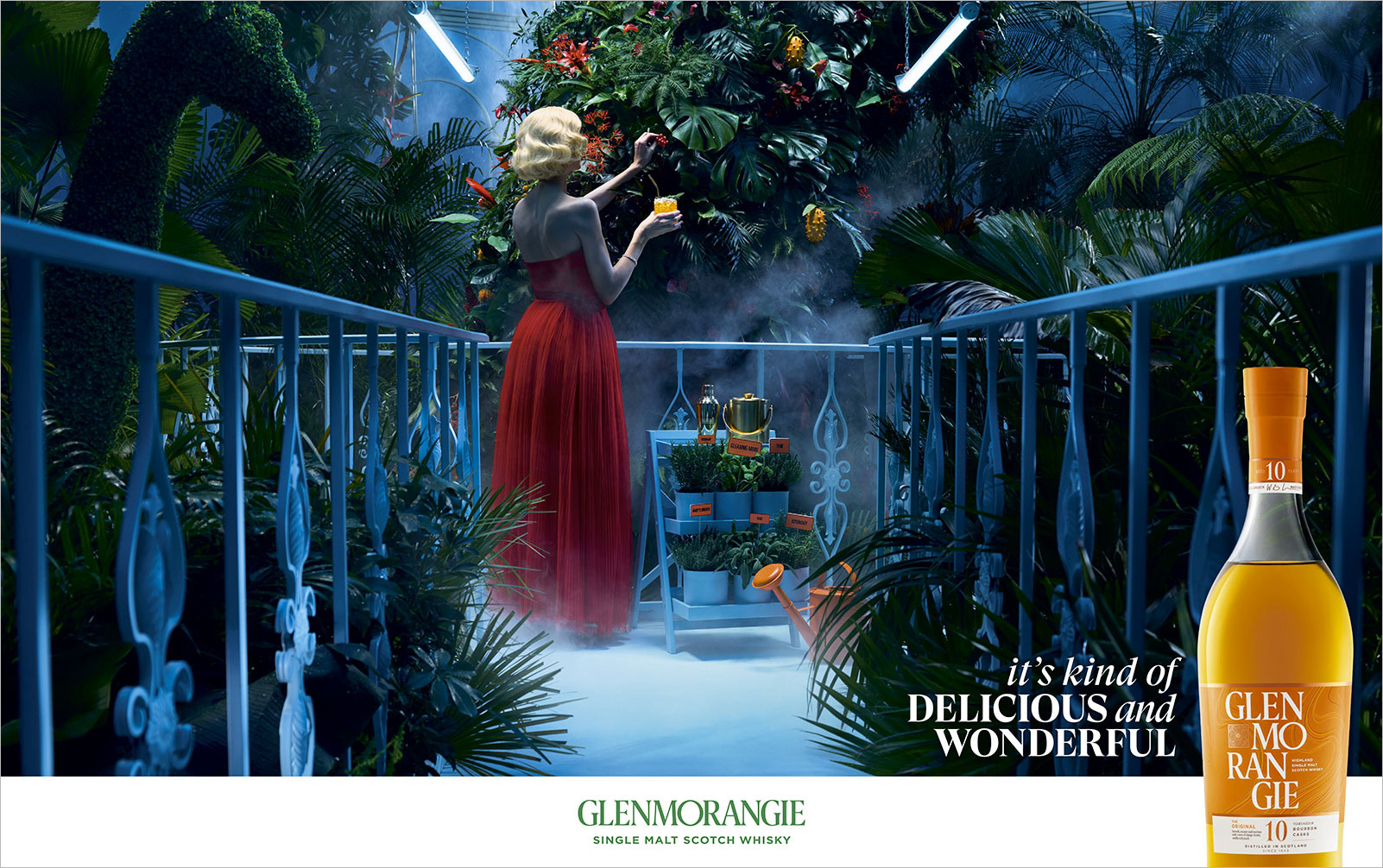 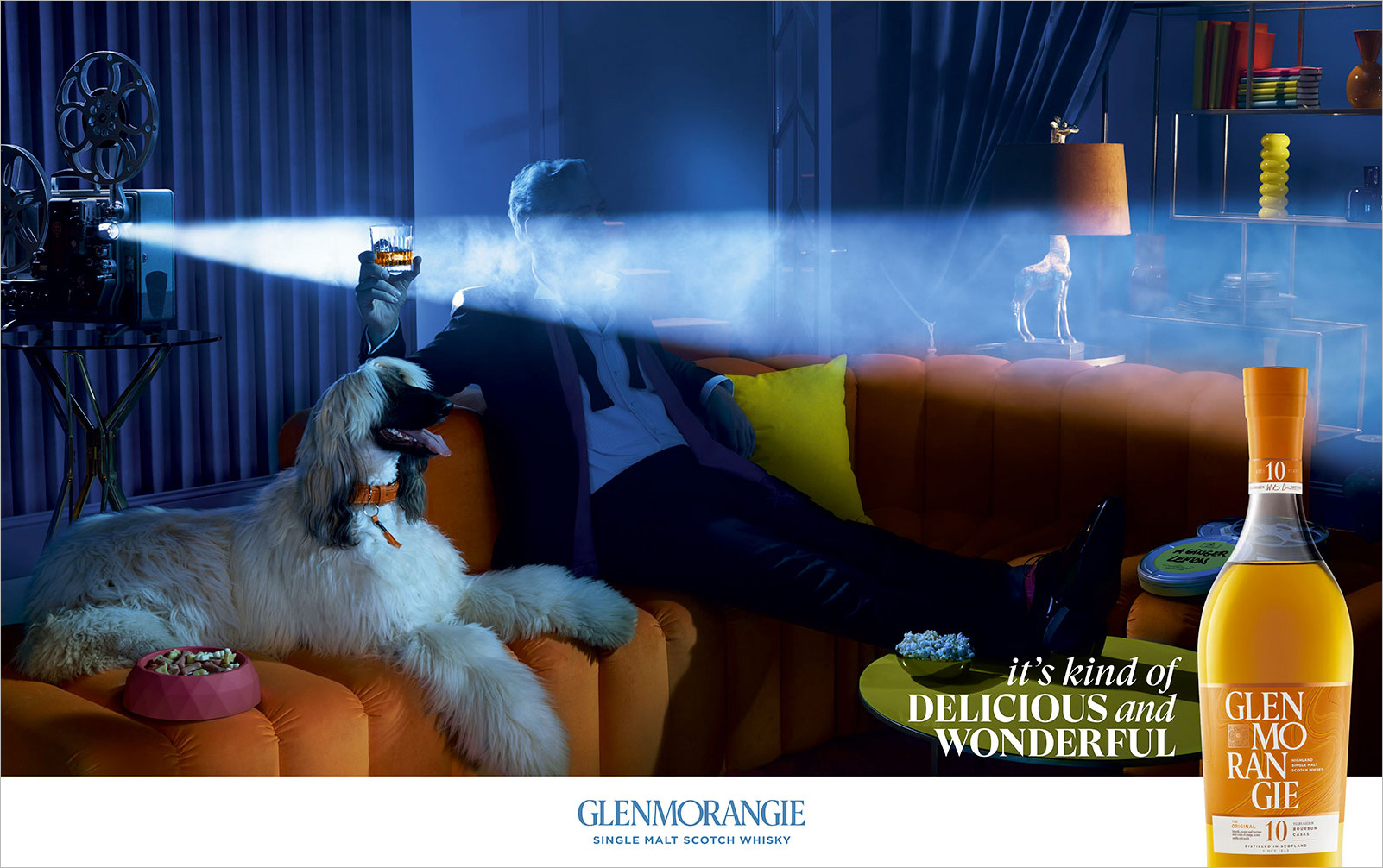 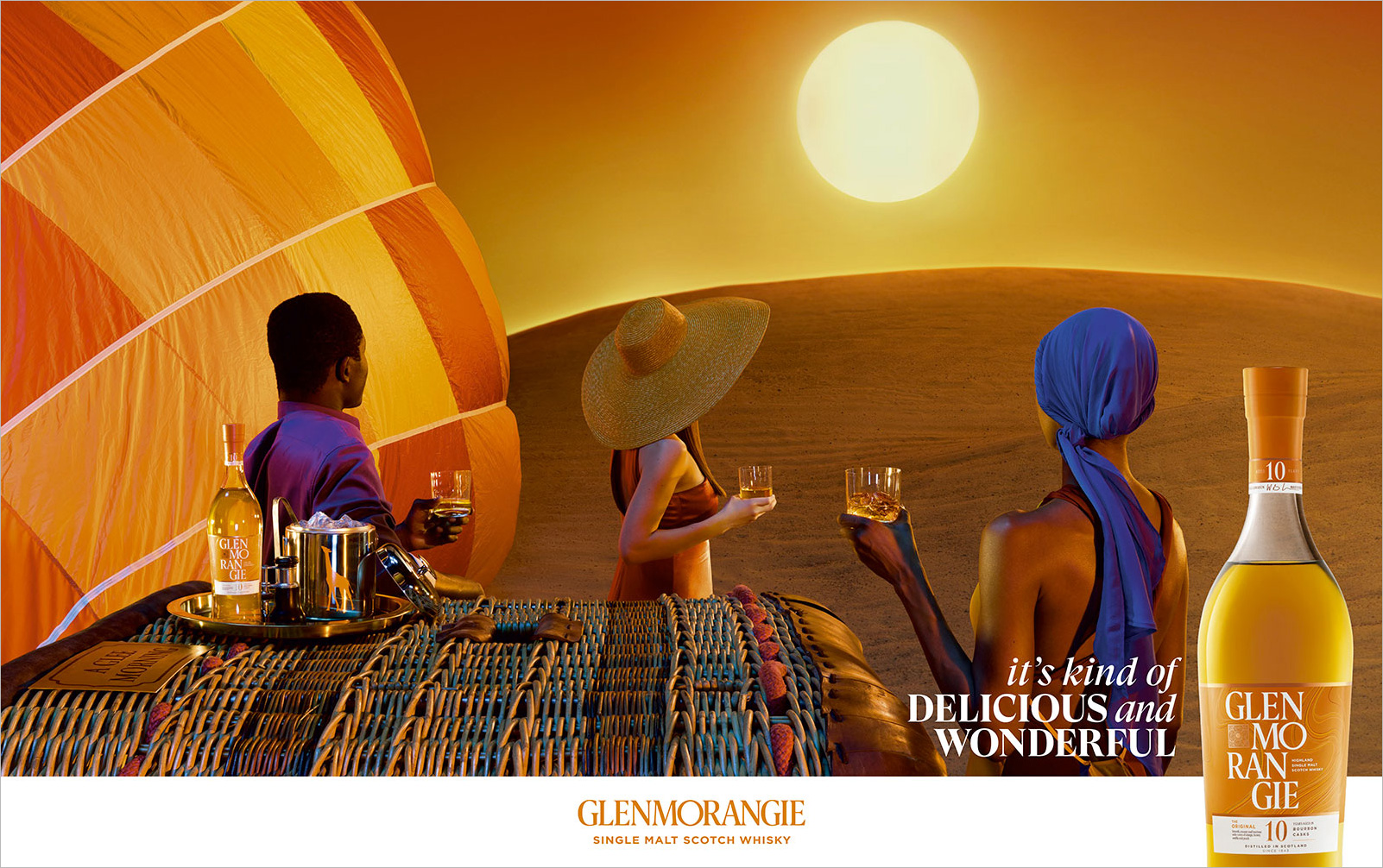 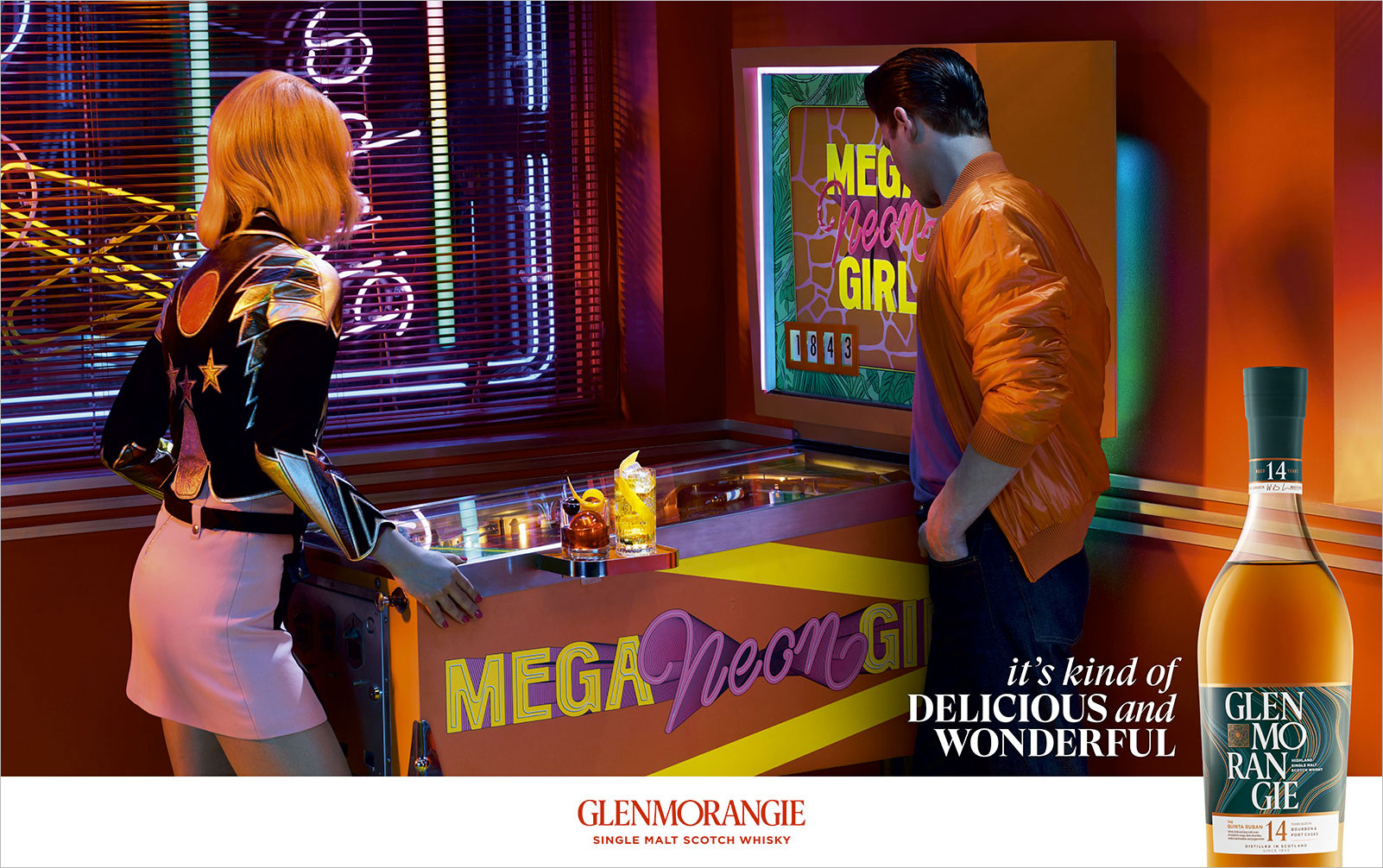 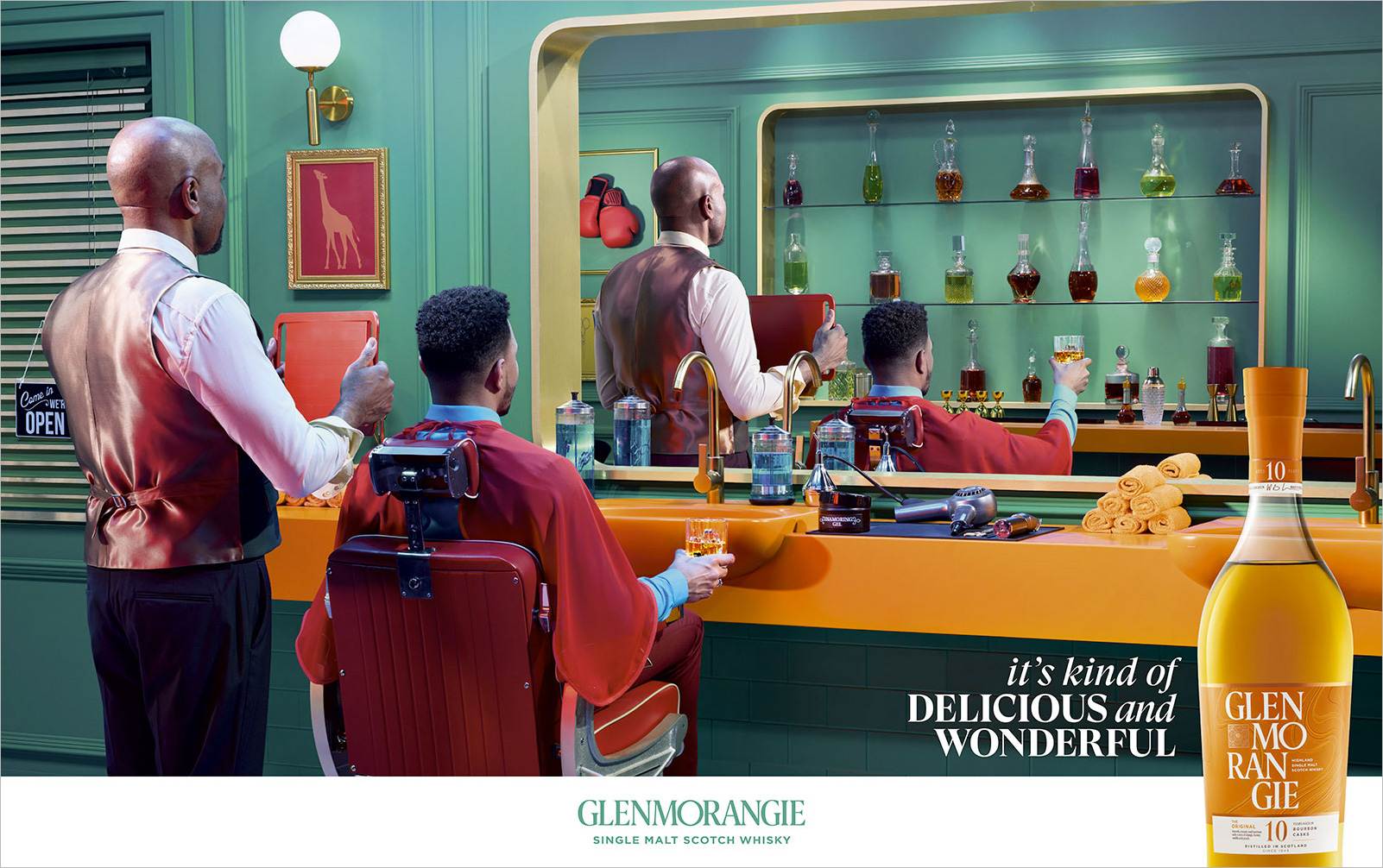 What Glenmorangie gives us feels almost like an enigma to solve—which is true, considering the anagram aspect. Different parts of our minds and memories are triggered and tickled. There's a hallucinogenic sense of supernatural potential hidden in everyday pleasures, which, with a change of perspective, can suddenly become overwhelming, cup-runneth-over, a kiss of beauty and peril.

"The campaign is a celebration of moments of life, simple but meaningful things like spending time with friends, travelling or treating ourselves," says Alexander Kalchev, chief creative officer at DDB Paris. "We always looked for ways to elevate these moments by adding unexpected details. Working with Miles brought incredible richness and attention to detail to our little stories, and we're so thrilled about continuing our collaboration."

The work went live on Nov. 3 around the world.

Click to see larger versions of the print work: