Not Feeling It This Year? Apple's Delightful Holiday Ad With Tierra Whack Will Cheer You Up 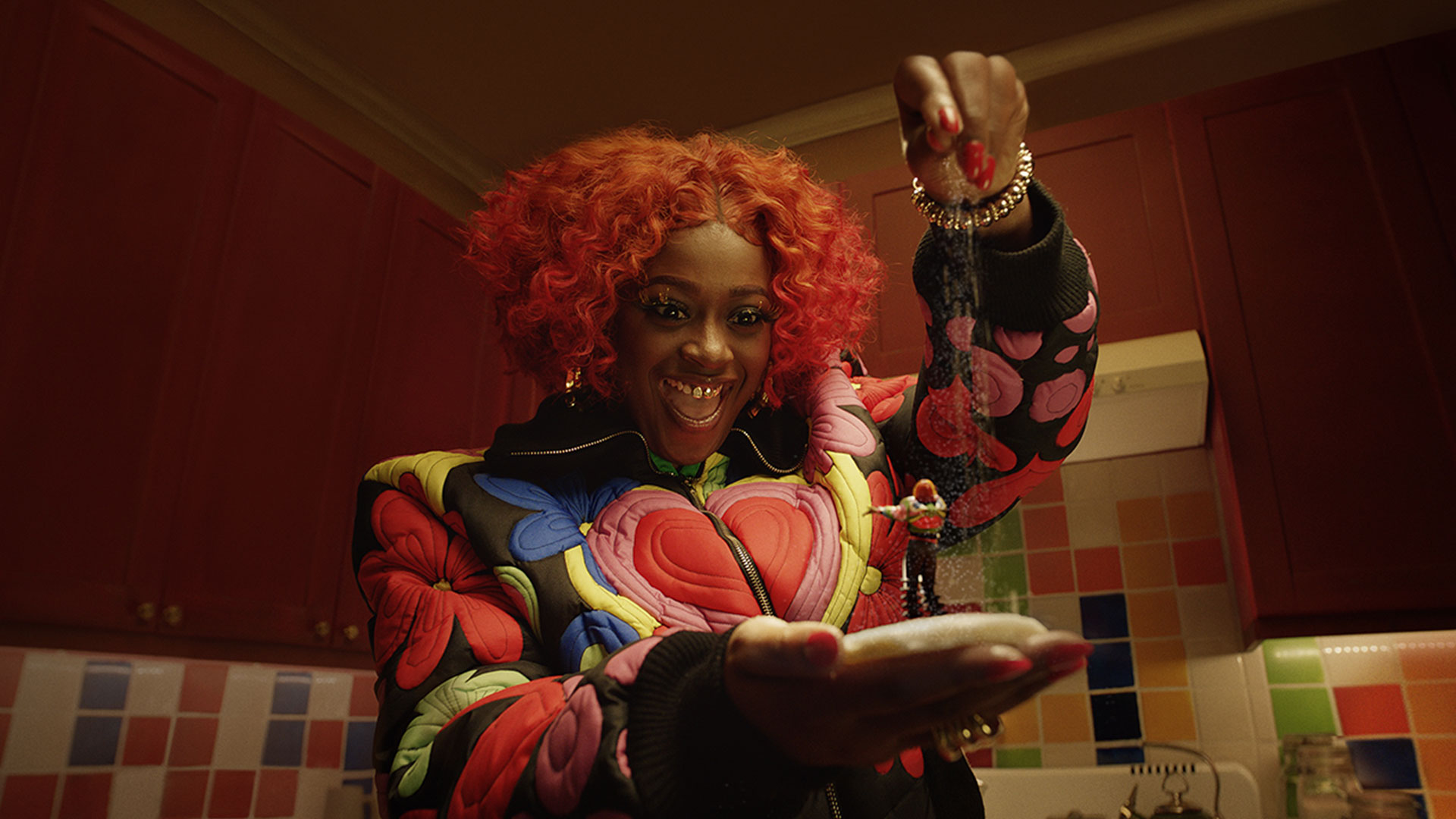 The piece opens with the North Philadelphia rapper glumly surveying a glowing plastic snowman. But nothing's lit in Tierra's world, as she wanders slowly home, putting her AirPods in and singing along to an original track, "feel good," that shows she doesn't. Her gray scarf grows to Doctor Who length, enveloping her against the chill of quarantine life and dragging behind on the ground, as she passes a weathered flyer for a live-DJ set that won't happen anytime soon.

Before long she arrives home, and tells Siri to turn her HomePod "way up." But the device suddenly trembles and transforms with a pop into a HomePod mini—Apple's just-released $99 smart speaker. And out from behind it steps a mini Tierra, ready to brighten the holidays with some pint-size hijinks, as they sing a second (and happier) original tune together, "Peppers and Onions."

The spot was directed by Prettybird's Calmatic, who won the Grammy last winter for best music video for directing "Old Town Road" for Lil Nas X.

Thematically, it harkens back to two Apple spots from 2018. Most notably, it feels like a sequel to Spike Jonze's famous film with FKA twigs, who likewise returned home in a gloomy mood only to be rejuvenated by music coming from her HomePod (she also ended up dancing with a second version of herself). In featuring original music from an up-and-coming artist, it also recalls Apple's 2018 holiday spot—which used "Come Out and Play" by Billie Eilish.

Spotlighting a Black artist feels perfecly on point for 2020, and Tierra Whack is a great choice for such a project—being such a visually driven artist herself. ("I have to have an idea for a visual in my head before I can finish a song," she told Muse last year, while winning Gold at Clio Music for her incredible "Whack World" project of brief music videos.) Also pertinent, of course, is the theme of isolation—an ongoing challenge since March that's become more pressing again as a second wave of the virus surges. In the end, Apple's entreaty to stay in and play, with the help of some tunes, is probably the best we can do this holiday—as we glimpse light at the end of the tunnel in 2021.

Now, we'll just have to see how many people want to listen to those tunes on the HomePod mini.