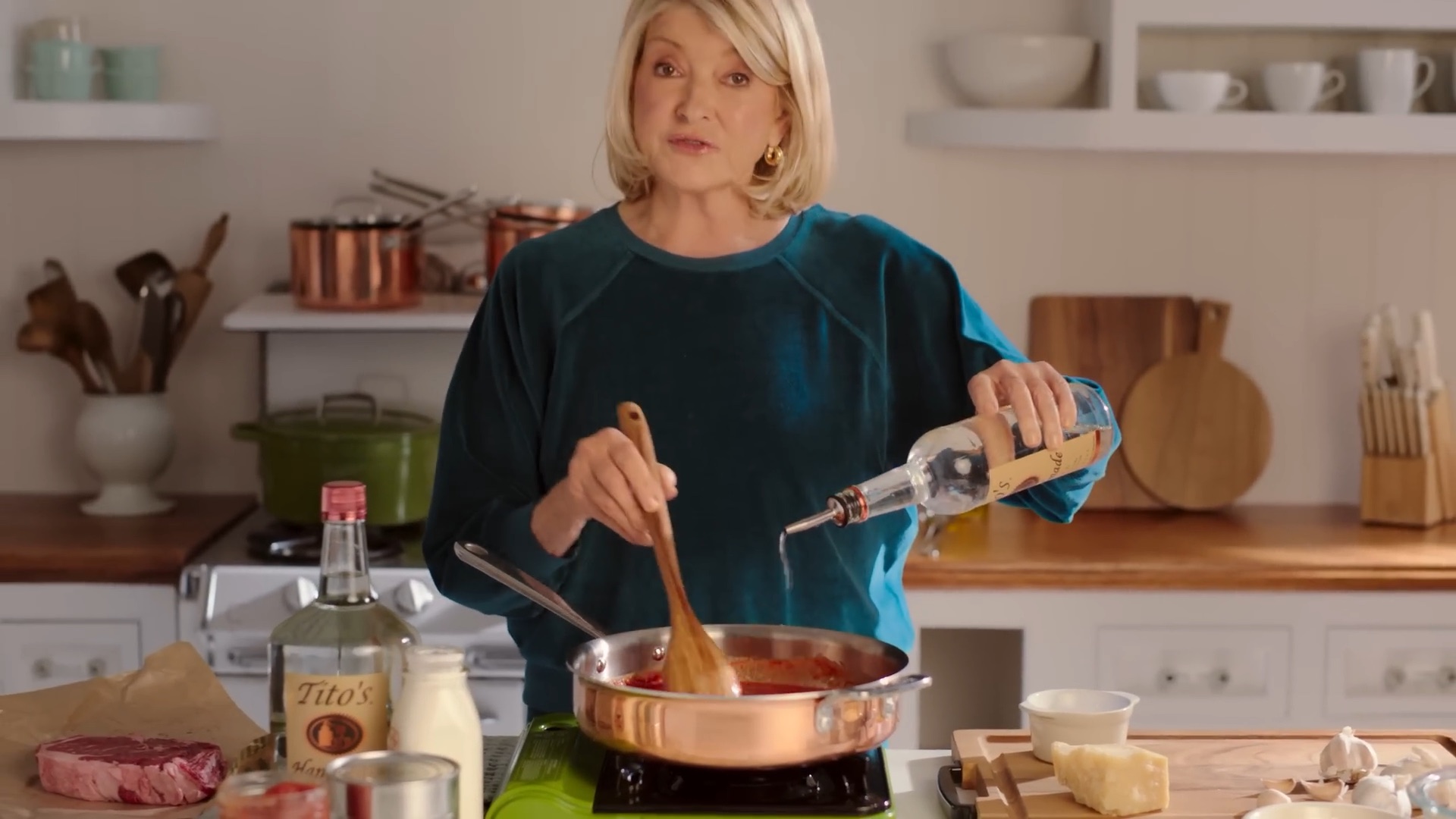 Whoa, Martha Stewart! Put down that Tito's Handmade Vodka! It's Dry January! What? You're not drinking it, you're using it for household chores? OK, then.

Now you know the premise of Arts & Letters Creative Co.'s :60 for the brand. Alas, Martha keeps her top on and doesn't lop off anyone's limbs, but she quips and preens as only she can, providing a good time for all:

Note how she adds Tito's to her pasta sauce with wild abandon, sprays some from a cleaning bottle into her face, and "tenderizes" beef with the blunt end of a vodka bottle. There's even a bleeped curse word at the end. F*** yeah!

What would you call that style of humor? Wry? Spry? The word escapes me. Let's go with DIY, the crux of the campaign—it's themed "DIY January"—and the doyen's area of expertise.

"The challenge was to find a way for Tito's to be relevant during Dry January, the month where a lot of people aren't thinking about drinking vodka," A&L creative Lillian O'Connor tells Muse. "When the team did a little research, we realized the DIY community was using Tito's for all kinds of stuff that had nothing to do with cocktails."

At that point, casting Stewart "was a no-brainer," O'Connor says. "She's the original queen of DIY and relatable for all kinds of people."

The push includes limited-edition DIY January bottle-topper attachments—"The Deodorizer," "The Flavorizer" and "The Cleanerizer"—so folks can re-enact the tasks from Martha's commercial at home. (It's probably more fun to do that after a few shots. Maybe in February.) All proceeds from each $10 sale benefit charities.