He's small enough to ride a piece of candy! 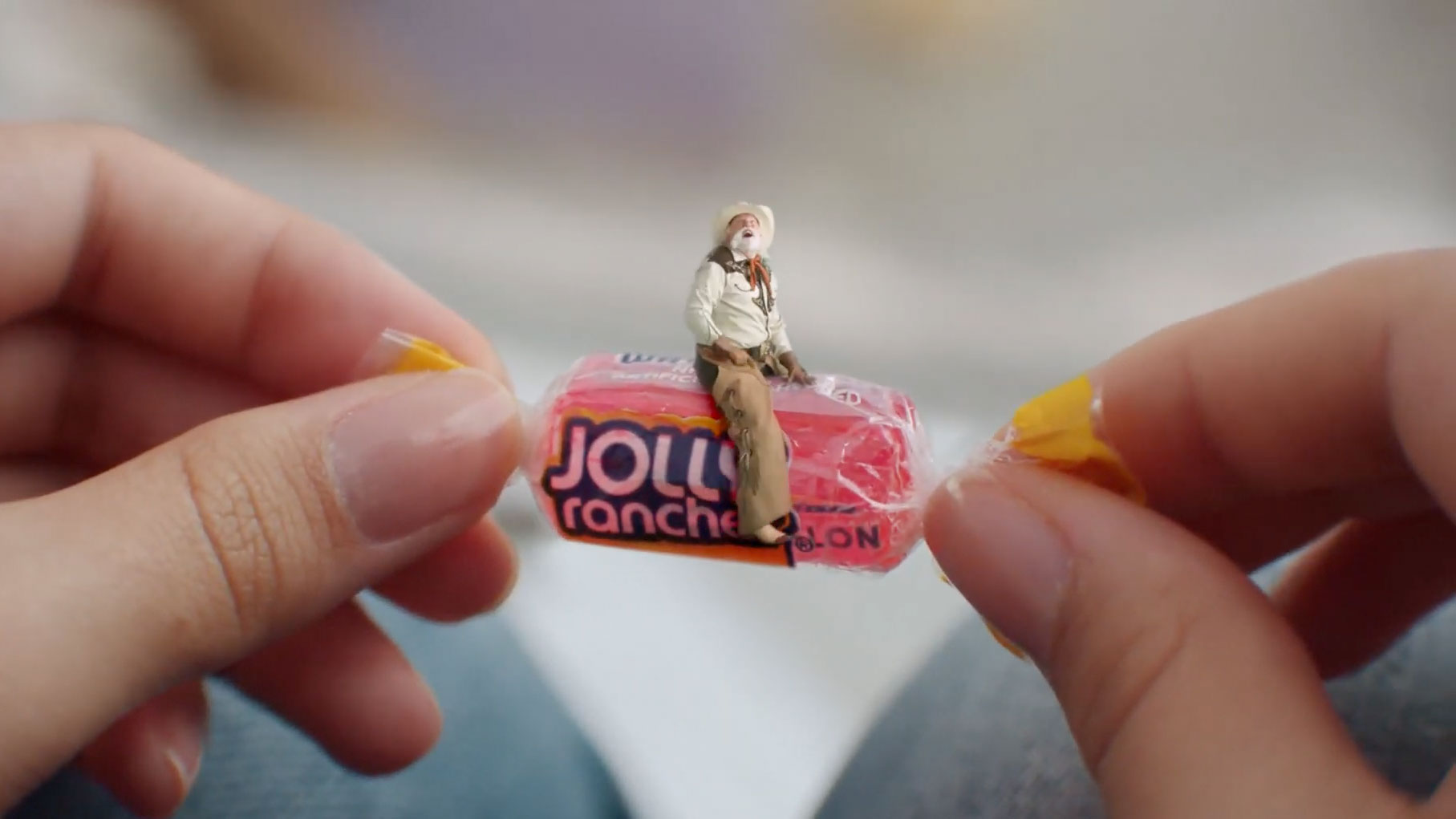 Who better to hoot and holler, cowboy style, about the tangy goodness of Hershey's Jolly Ranchers than … an actual jolly rancher?

Erich & Kallman introduces such a shouty spokescharacter—who's small enough to ride one of his namesake hard candies—in spots breaking this week across digital and social channels.

Saddle up and sample the rootin' tootin' work below. Yeehaw!

Well, that was certainly rowdy. Way to ride a crawfish, pardner.

Dummy Films director Harold Einstein delivers the self-consciousness silliness at maximum volume, and the work channels vibes from notable campaigns of yore. It boasts the Wild West ethos of Pace Picante commercials, with a strong dose of Skittles/Slim Jim lunacy. There's also something of the subversive feel of "The Man Your Man Could Smell Like," which seems apt, as E&K creative chief and co-founder Eric Kallman helped create that game-changer for Old Spice a decade ago.

The campaign also continues a recent trend of literally cutting brand characters down to size, with Jim Cody Williams as the Jolly Rancher.

"We went with Jim because we knew the character was going to be tiny, so we needed someone whose voice, movements and facial expressions would break through and stand out if they were only 1 inch tall," Kallman says. "Jim brought a loud, animated, lovable character to life."

And the veteran actor worked hard to win the role.

"We set up a mechanical bull in the parking lot and had all of our finalists ride it to see how they handled performing while being jerked around, as all of the six-second videos were filmed with our rancher sitting on what is basically a mechanical bull," Kallman recalls.

Ultimately, the shoots proved as challenging and strenuous as the auditions.

"All the rancher's movements were captured in camera, so when you see him being thrown off the Jolly Rancher candy, we really hooked him up to cables and yanked him 20 feet into the air," Kallman says. "When we see him bounce off the car windshield and slam onto the dash—that was the work of a stuntman being thrown across a soundstage into a large green wall and falling 10 feet onto a green mat."

When viewers watch the spots, "we first hope they get a good laugh, and also take away that Jolly Rancher has bold, recognizable fruit flavors that distinguish it from other sweets competitors," adds Hershey senior brand manager Jon Oparowsky.

The concept also harkens back to brand's earliest days, Oparowsky says, as the Jolly Rancher name suggests Western fun and hospitality, with this campaign serving as a Gen-Z expression of that spirit.