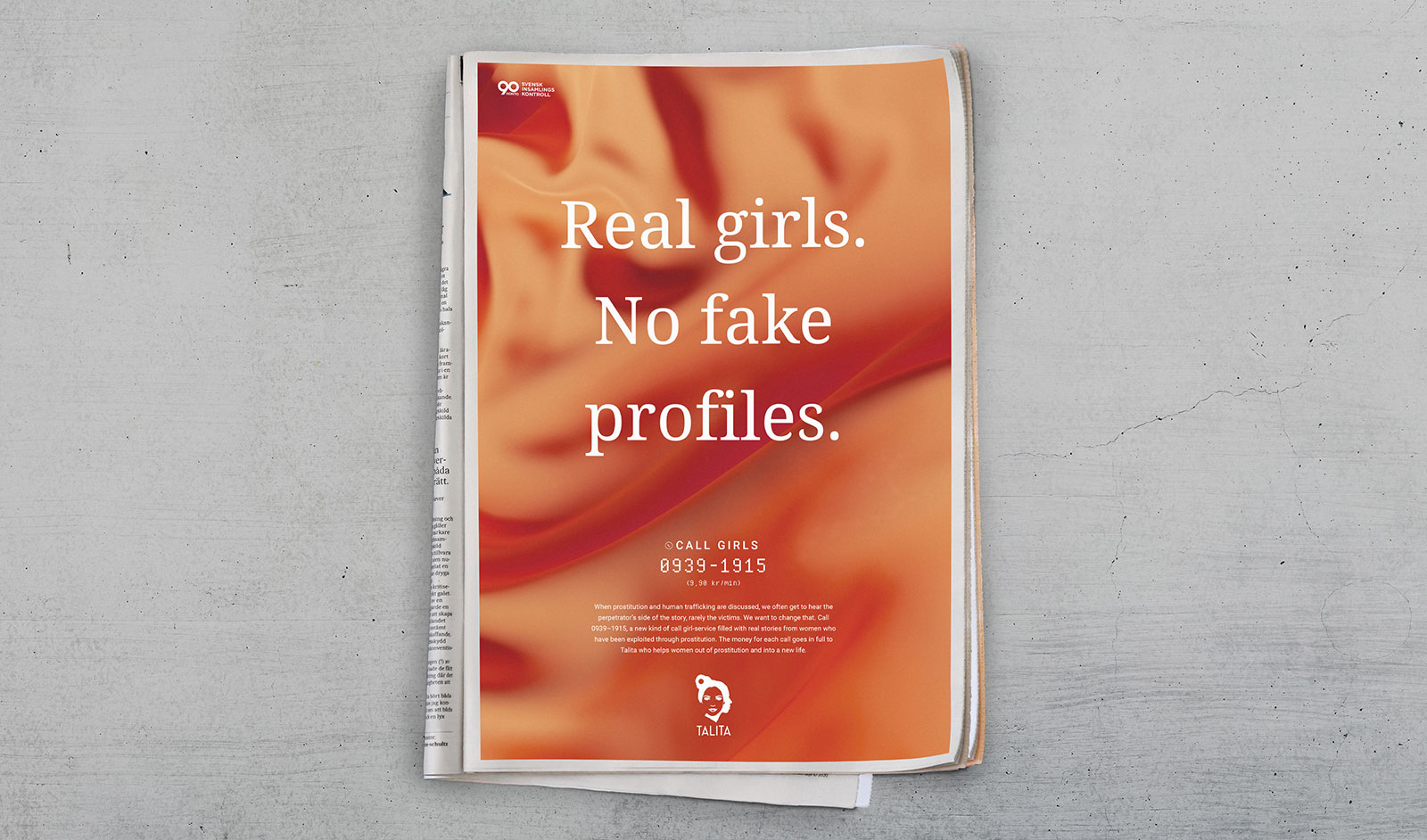 With help from Åkestam Holst, which once gave us an Ikea ad that doubles as a pregnancy test, Swedish charity Talita launched a paid phone-sex service that supports women trying to escape prostitution.

The "Call Girls" ads appeared all over Sweden, promising "real girls, no fake profiles" at all hours of the day. The catch, of course, is that when men call, they're connected to recordings of women telling traumatic true stories of enforced sex slavery.

They pay for every minute they remain on the call. The money goes straight to Talita's efforts to free trafficked women throughout Europe, Mongolia and Kenya.

Here are two examples of what callers hear:

One story, recounted by a woman called Abigail, describes an experience she had after she was trafficked to Sweden to work as a prostitute. "I especially remember the encounter with the man, who I was forced to meet time and time again. He used to burn me with cigarettes and bite me so hard that I started to bleed," she says in her recording.

Another story, from a Hungarian woman called Sonia, follows, "I went with [a] man to Stockholm. But once there he was transformed. He refused to let me go out, beat me when I did not do as he said, raped me and let other men have sex with me for money. I became more and more broken down with each passing day. The man I married had turned into a pimp. I never saw any money." 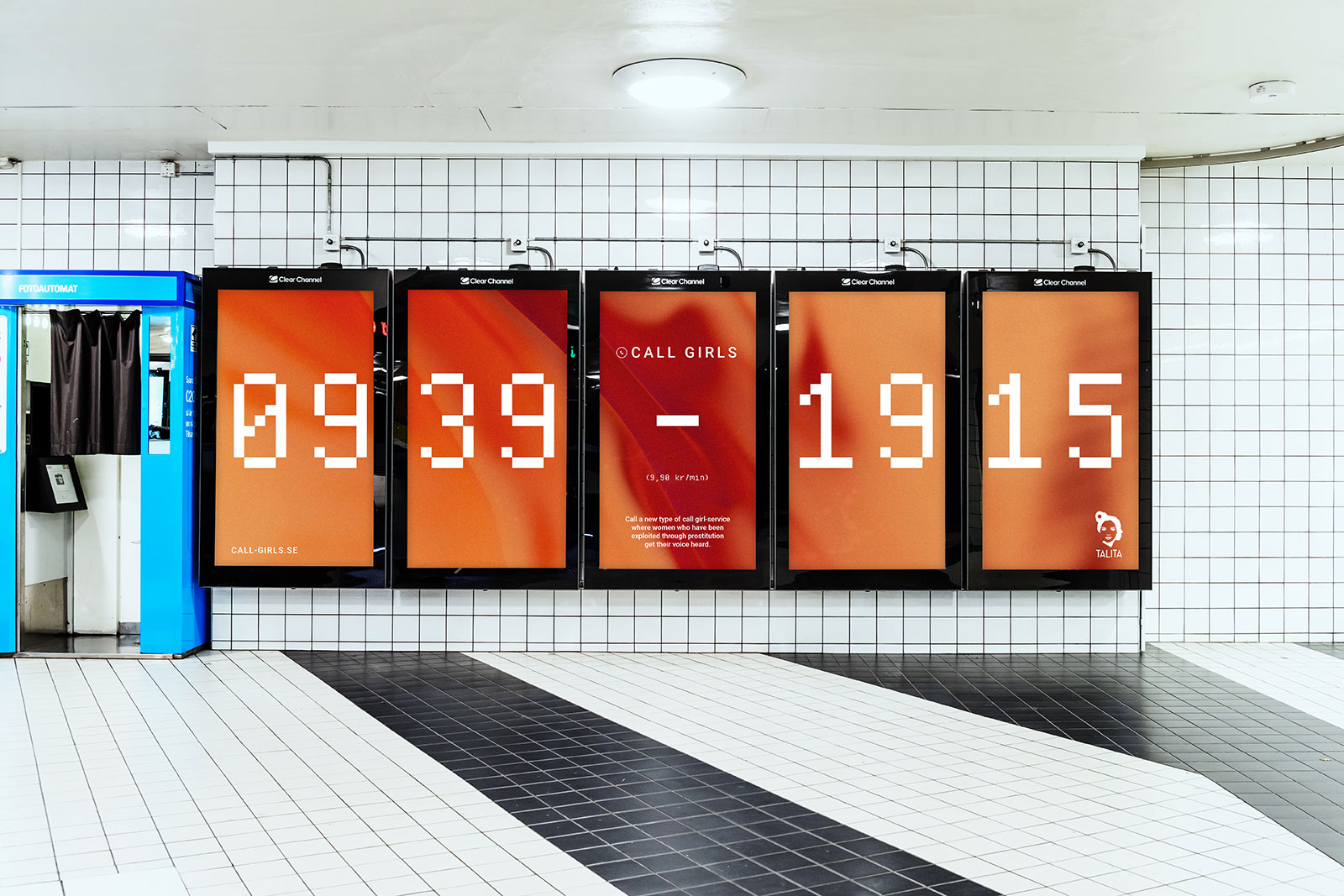 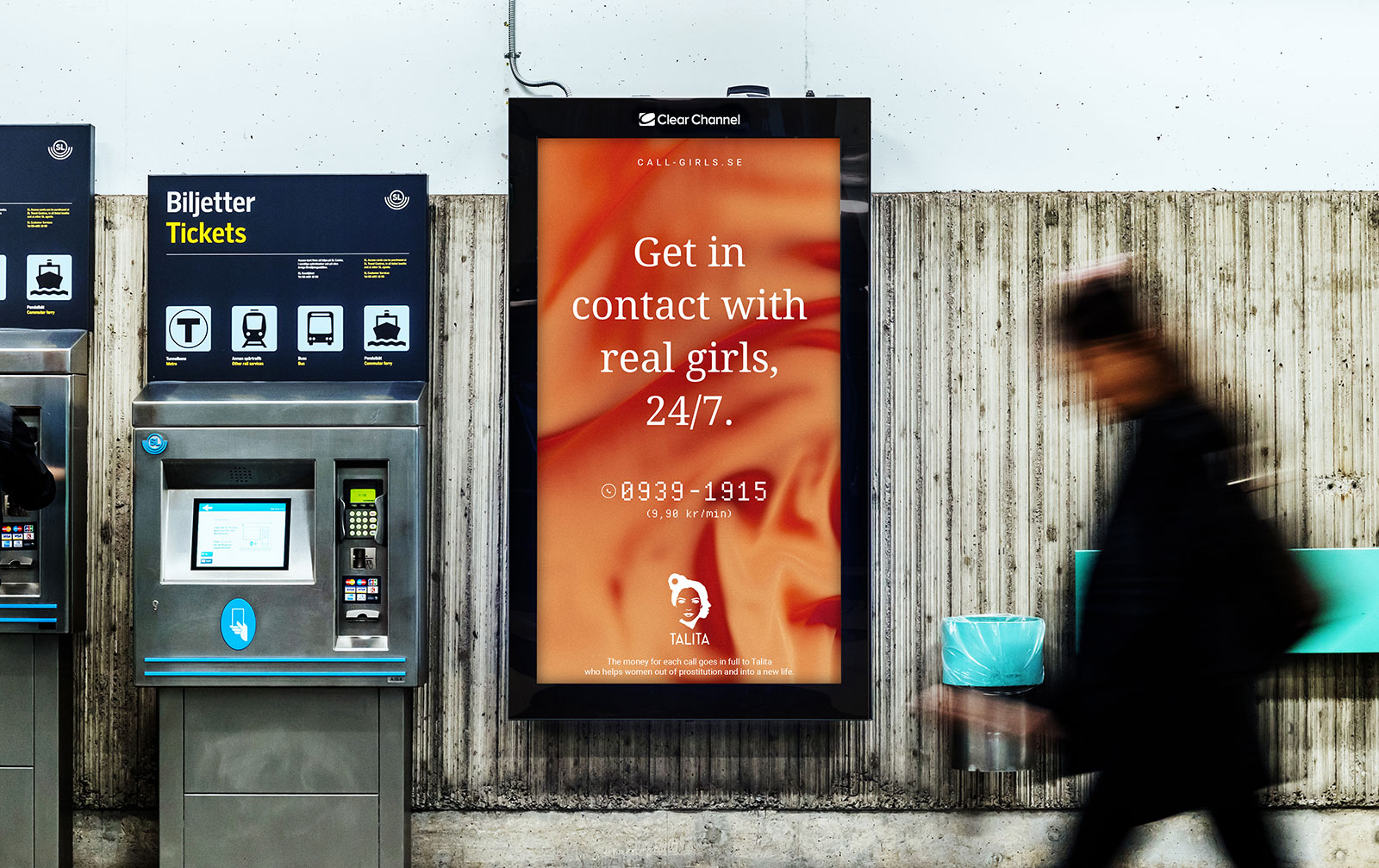 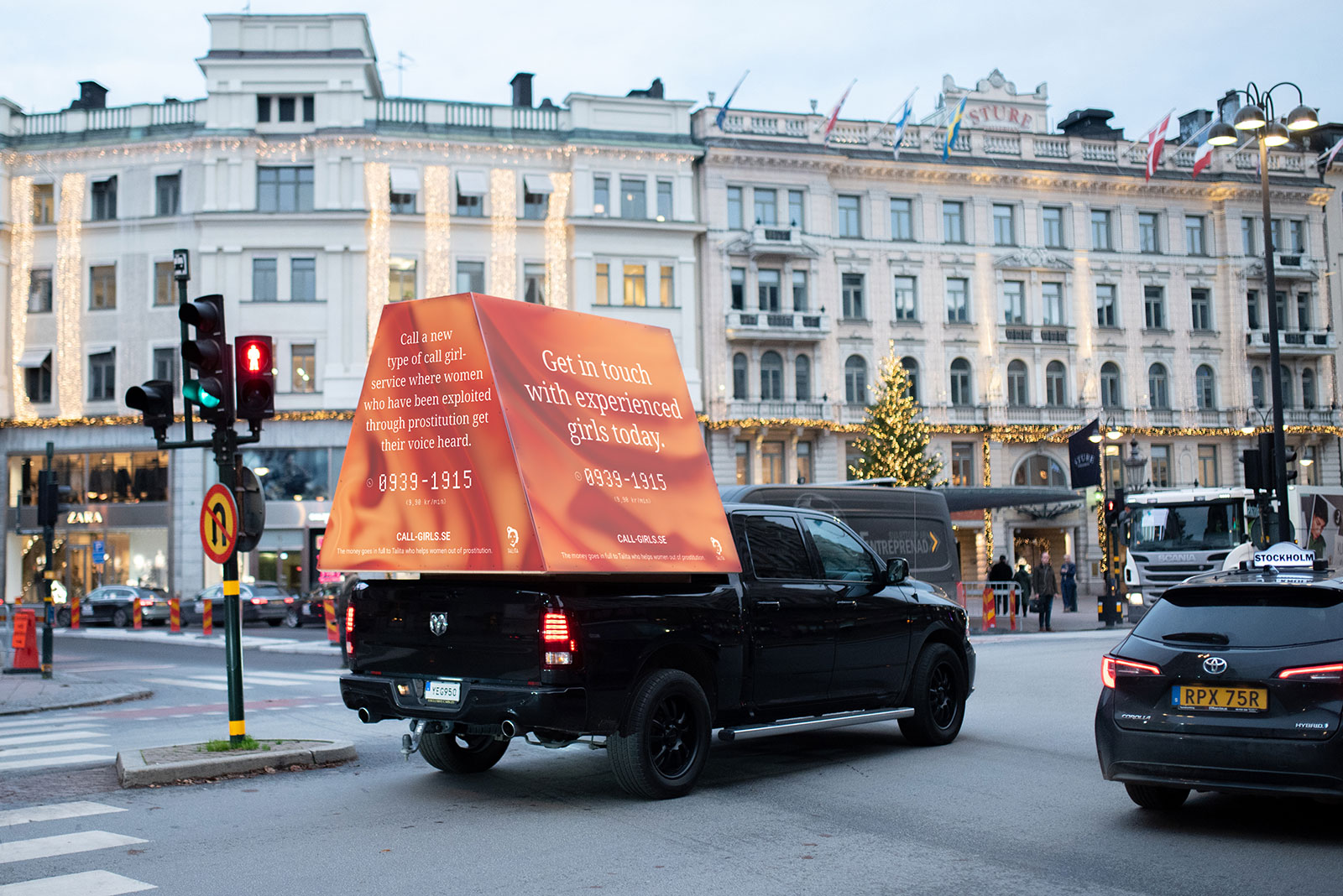 Thousands of calls have been made so far, the agency reports. Talita says the goal is to get men to actually listen to the women whose services they're attempting to buy.

"These are men from all kinds of backgrounds, cities and ages, and most of them think their actions are OK, even though it's illegal to buy sex in Sweden," says the organization's co-founder, Josephine Appelqvist. "We wanted them to hear what their actions actually have contributed to. The stories, the experiences these women share, are horrific, but they need to be listened to."

"We believe that the problem, when it comes to this issue, is the demand—the fact that a man pays for a woman's body, and ... treats it like any other transaction, as if she was only a product," says Åkestam Holst creative Noah Bramme. "We truly need a shift in attitudes, and we hope that this campaign can contribute to that."