What's worse than underthinking a gift? Overthinking it. Consider the terrifying storyline in the new ad below, titled "Gift Responsibly."

A man goes out of his way to give his girlfriend's dad a gift that reflects his love of family history. Instead of getting a DNA kit—so boring!—he steals one of his hairs, seduces Grandma for cross-referencing, finds the father's long-lost half-brother, and kidnaps him.

Our favorite bit is when Yuri the kidnapper hisses "Silence!" to the man in the trunk.

Directed by Aaron Stoller via Biscuit, this marks London agency Uncommon's first work for Chilly's, a water bottle company launched in 2010 by two guys who felt people should always have cold water in transit, without having to buy plastic bottles.

"When choosing our first creative agency, we were really looking for partners who could deliver campaigns and ideas that will work on a global scale, but without the large agency feel," says Chilly's founder and managing director, James Butterfield. "Uncommon is such a good fit for us, as they are still at the beginning of their journey and looking to make really game-changing work. We also wanted to work with a team that aren't afraid to do something a bit different, and Uncommon certainly aren't!"

We can attest: Uncommon is bonkers. But also poignant! And sometimes also drunk. Butterfield says Uncommon's interest in sustainability was "a real draw," too: The agency created Halo, a sustainable coffee pod brand, and produced beautiful renewable energy work for Ovo last year. The latter was its first-ever campaign.

In addition to cautioning people to think before gifting, "Gift Responsibly" plays on the fact that a Chilly's water bottle is an eco-responsible gift … for people still using plastic, that is. (We've received at least three bottles in the past year. We are going to be buried in them before the decade is over.)

Plus, if you want to be fancy, you can customize it, like the creeper at the end of the ad! And while we'd like to remind people that printing "Sorry" on a product is not an apology, it can tastefully accompany one.

"Gift Responsibly" will run from Dec. 5 across all the usual channels. In broadcast, it'll appear around major U.K. shows, including I'm a Celebrity ... Get Me Out of Here! and Gogglebox. Some weird print work, for press and out-of-home, continues the theme of overwrought gifting—like a cake made of breastmilk!

Check all of that out below. The photography was done by Van Santen & Bolleurs. 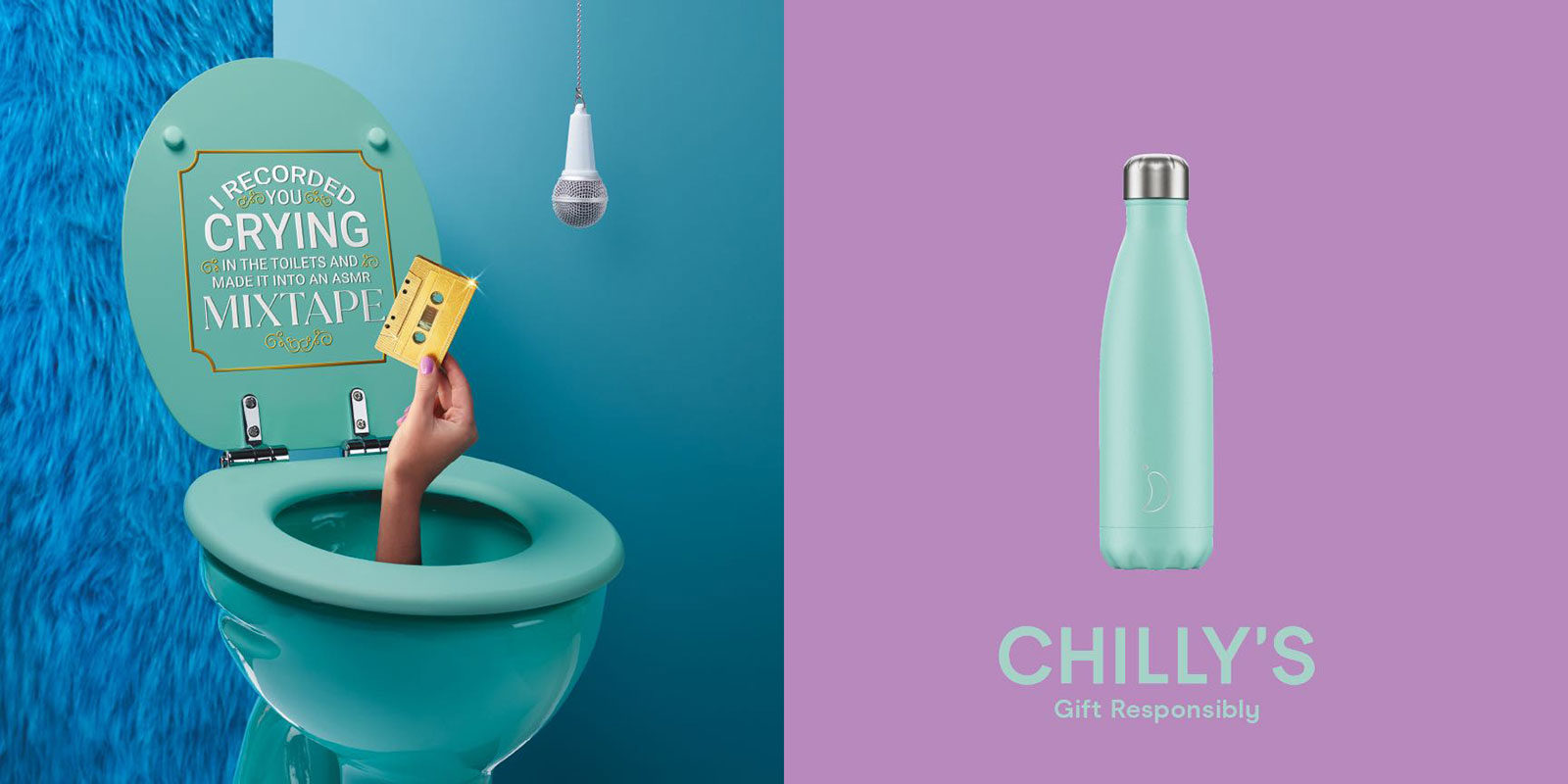