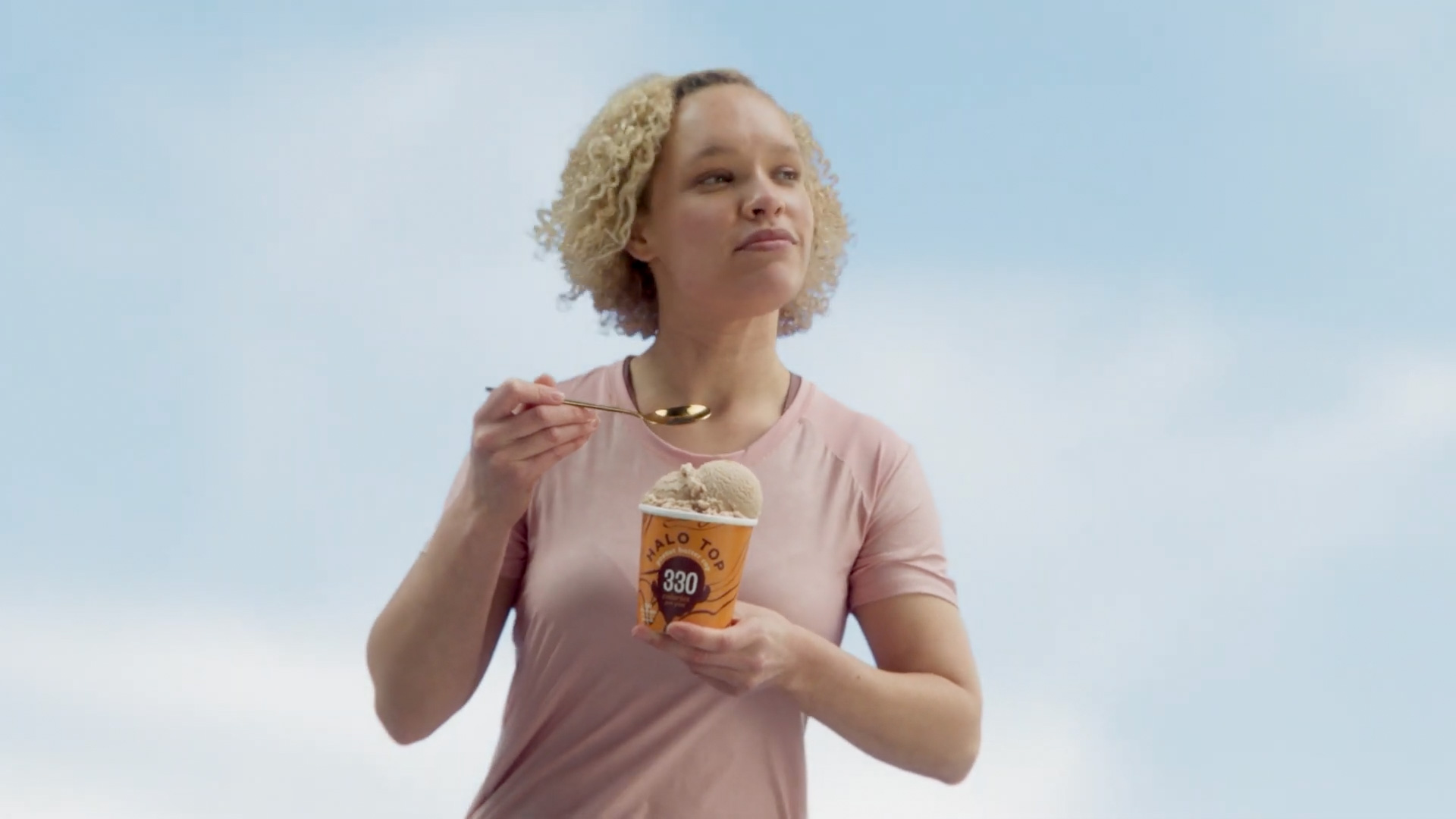 Some random guy running on a treadmill while scarfing down Halo Top low-sugar frozen fruit pops? That might not sound like a particularly compelling visual to illustrate the brand's heightened self-care message, a shift from its past positioning as a purveyor of low-cal treats.

Yet, creative agency Wolfgang and veteran director Ulf Johansson deliver the goods by opening on said treadmill dude, blithely munching away, then slowly pulling back for a metaphorical reveal...

So, he was chasing the burn atop stacked-up stuff—including a bubble bath, huge meditation stones and a bonsai tree—while balanced in a canoe on a lake. In other words, he practices self-care in its many manifestations, but adheres to the campaign's mantra: "Put Yourself on Top." (Wise here, keeping him well away from that raccoon in the boat.)

A second spot applies the same structure to a bicycle ride through the park, complete with a tower of self-help books (and a yoga-goat, of course!)

Halo Top | Put Yourself on Top

"Halo Top was the first ice cream brand to make the pint a single serving," notes Wolfgang group creative Adam Stockton. "It is lower in calories and sugar, after all, but that's still a bold move. When we were tasked with shifting from a focus on low-calorie content to overall wellness, we wanted to have a bold POV in that space as well, instead of the conventional 'Be good to yourself' messaging."

The brand's name, of course, provided the inspiration. And the notion of literally putting consumers "on top"—enjoying tasty respites from grueling health regimens and obligations—felt like a way to target "ambitious, self-driven people," Stockton says. "That audience is often told to put others' expectations ahead of what will make them truly happy. We are telling them that it's OK to be a little selfish once in a while. It's not a bad thing."

The team tapped Johansson based on his "uncanny knack for visual intrigue that draws viewers in—which is so important now that commercials are just a blip in a feed, or skippable at will," Stockton says.

The stacked items in the spots were shot against blue screens, with the scenes assembled in postproduction. So, we're talking carefully composited images, not CGI. "The technical challenge for the VFX crew was to make sure the stacks fit seamlessly," Stockton says.

Another issue, he recalls, stemmed from filming outdoors in temperatures well above freezing.

"Using a live goat on a paddleboard and a wobbly stack of stones in an antique canoe on a lake was easy compared to making sure the ice cream didn't melt on set. When you shoot frozen treats, there's the smallest window of opportunity. It made any shoot day five times more complex."

"Put Yourself on Top" breaks this week online, with OOH elements, too: 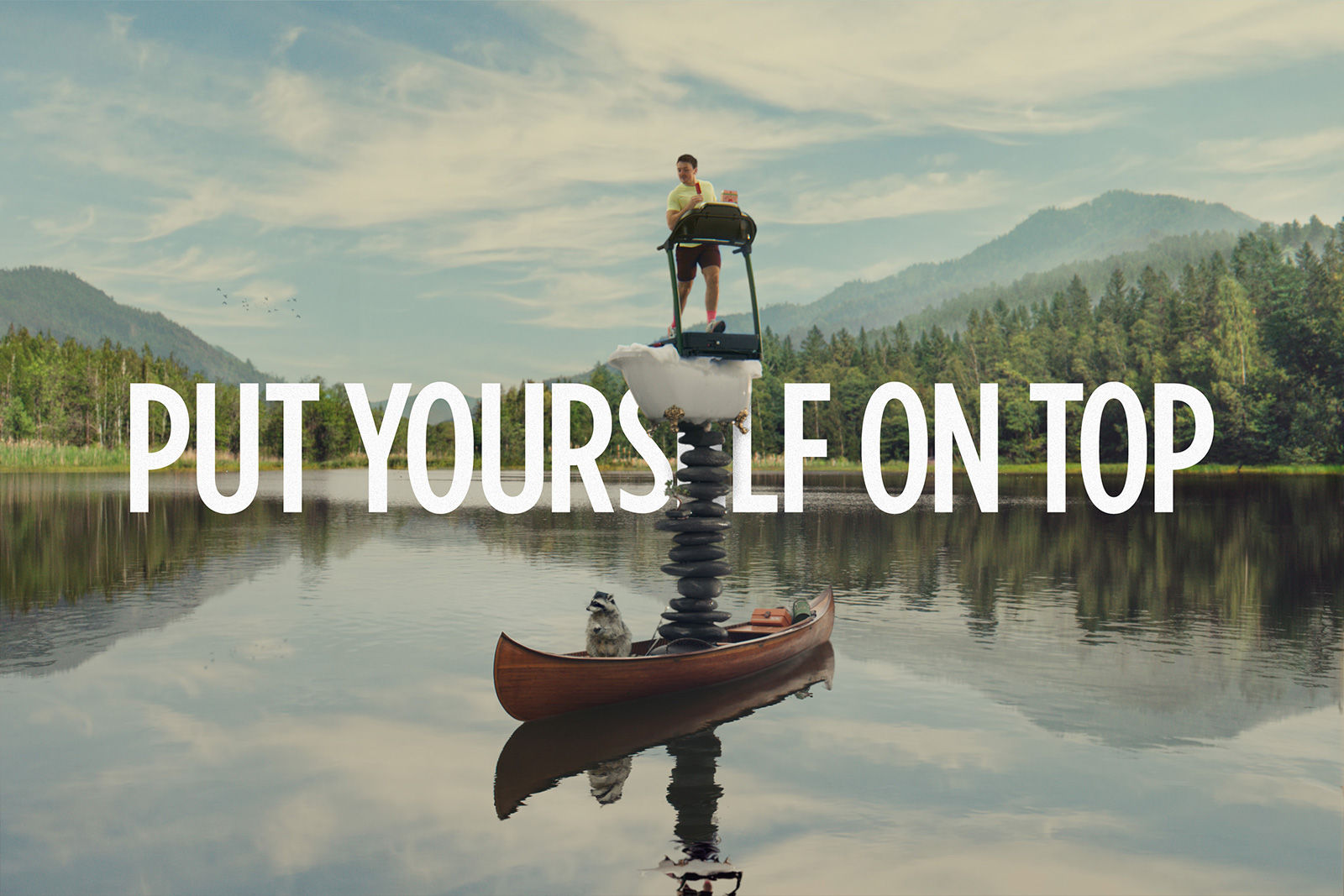 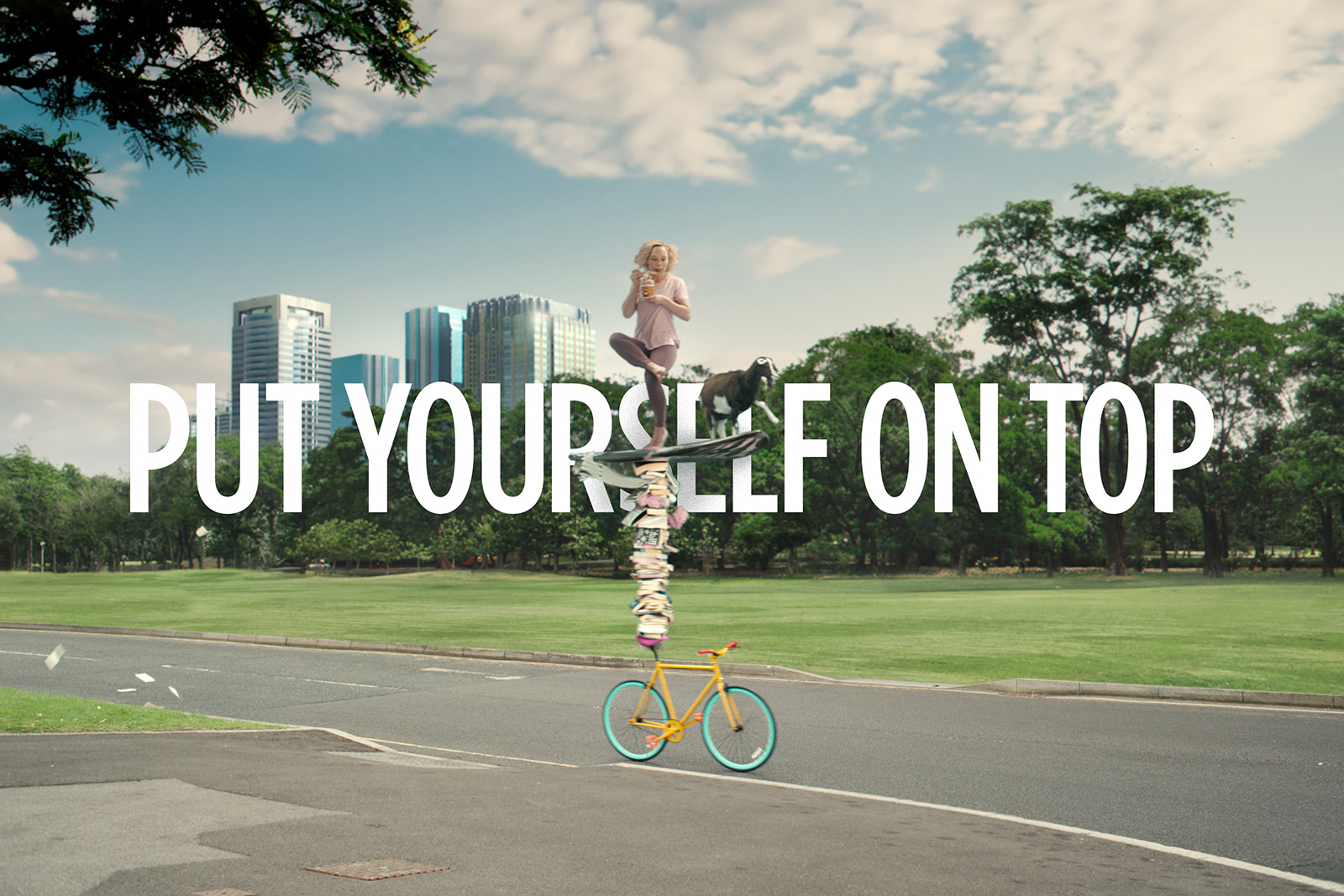