Soda brand plays around with synesthesia

You finally know what ASMR is (thanks, advertising!). But how about synesthesia?

Synesthesia is when one sense accidentally triggers another sense—for example, when you look at something but suddenly have the sense that you're hearing it.

Coca-Cola and agency David are playing around with the idea of synesthesia in a new print and billboard campaign running in Europe, in which the viewer is invited to "hear" the close-up images of the product—the "fizzing" of soda bubbles, the uncapping of a Coke bottle, and the opening of a can.

"Try not to hear this," says the copy. 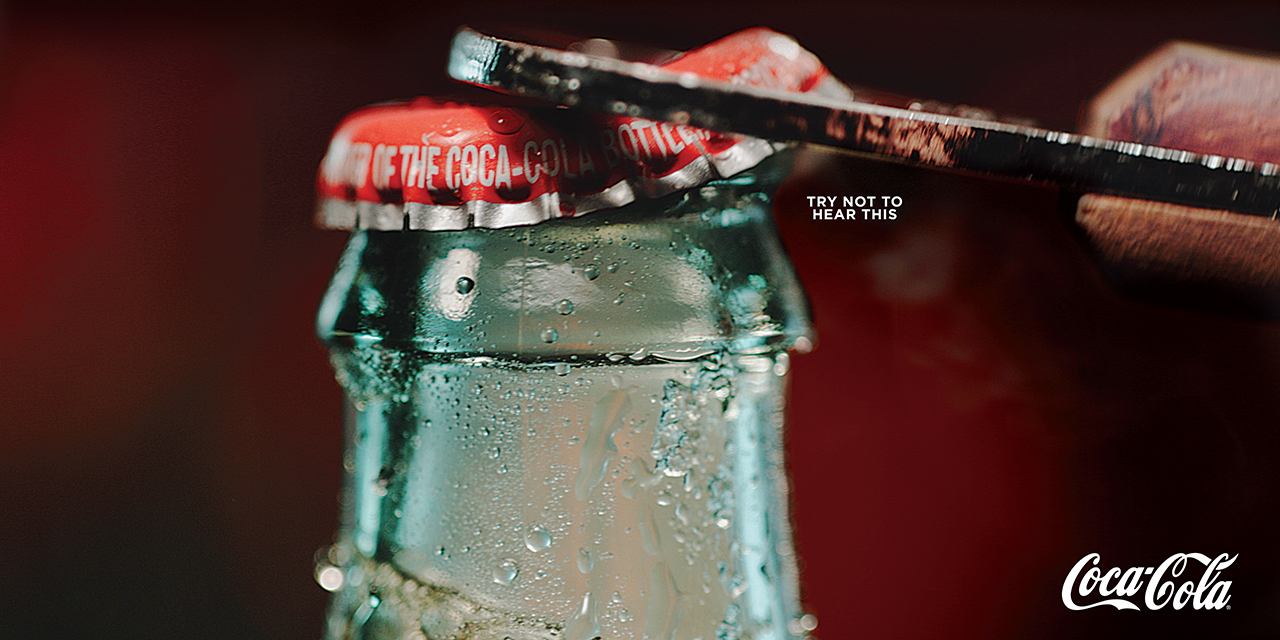 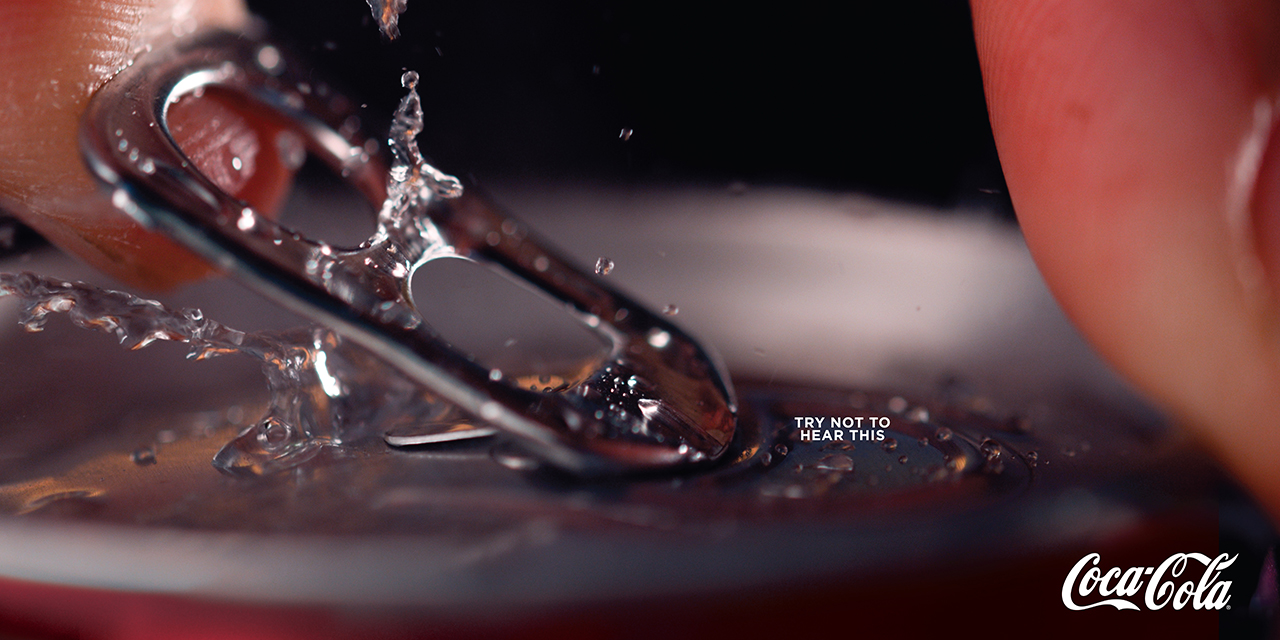 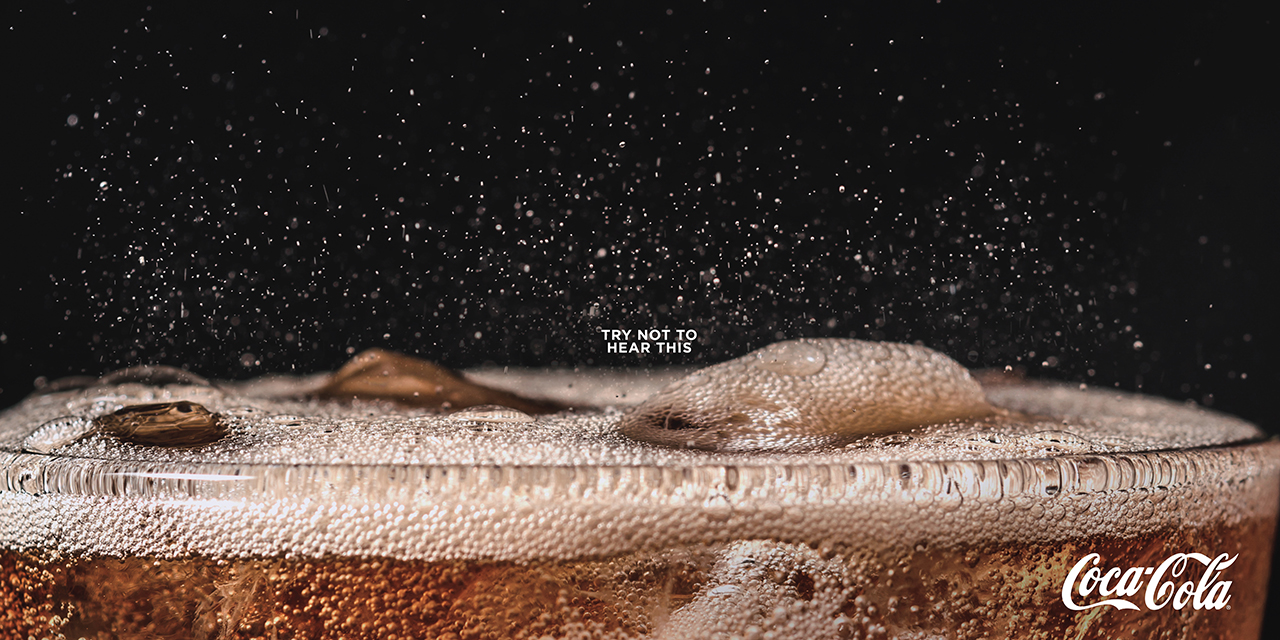 The ads certainly work on some level—the recognizable product, captured at a moment where you would hear a sound, does naturally encourage some kind of auditory sensation. Whether it really fits the definition of synesthesia is another matter.

In a way, the work is most reminiscent of TBWA\Paris' work for McDonald's over the years, in which the product visuals are so iconic that they need barely any branding. (Coke, though, does of course slap its logo in the corner.)

"As one of the most iconic brands in the world with one of the highest top of mind, we have earned a place in people's heads," says Camilla Zanaria, content lead at Coca-Cola's Central & Eastern Europe Business Unit. "With this campaign we are aiming to activate that sensorial memory from our consumers, challenging them to hear an image for the first time, finishing our ad in their heads."