Timely solutions, whatever your jam 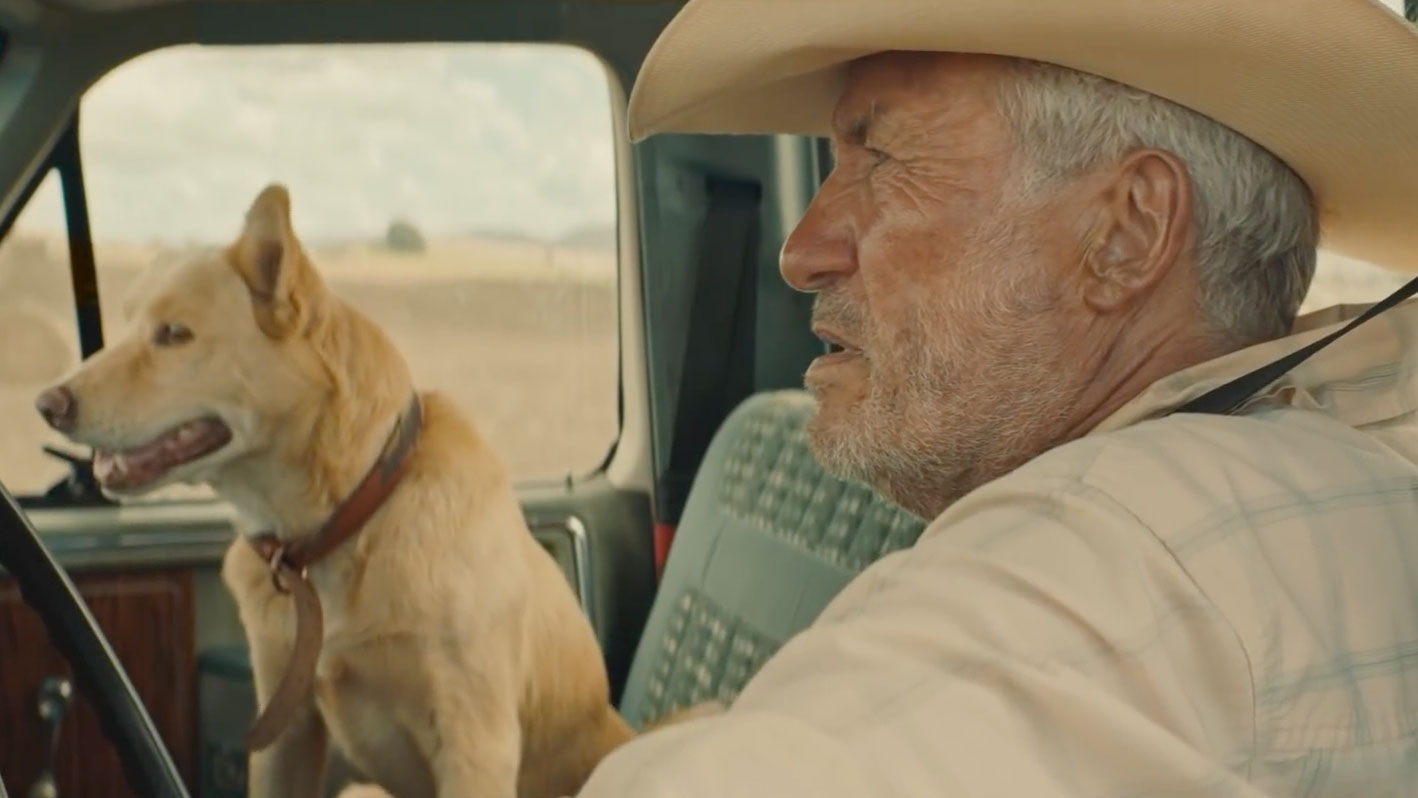 Compared to its often frenetic and action-packed commercials, Apple's latest cinematic spot is pleasantly langorous and wry—a product offering wrapped in a character study that's somehow both clichéd yet unique.

We begin with an overhead shot of a dusty road surrounded by arid fields, as Kitty Wells' "Searching (for Someone Like You)" begins to play. A pickup truck roars into view but is already braking hard by the time we see it—our first indication that all is not well in this barren landscape.

Cut to a shot inside the cab, where a rancher and his dog seem unsettled, searching for something. And indeed, they are. But it won't be quite as hard to find as a needle in a haystack.

The most absurd use case imaginable is an entertaining stand-in for all the other less outlandish lost-phone moments out there. And the tech-savvy rancher just might make you wonder if you're behind the times by not having an Apple Watch.

A second spot also uses the "Relax, it's iPhone" line, minus the watch. It opens with a shot that, in any other commercial, would be more likely to be the final shot—a dude in a second-floor window, seen from the street, turning off a lamp and finding himself in darkness.

From there, our impish hero is seen taking selfies throughout his darkened apartment and beyond—self-portrature of the shadow world—much to his girlfriend's consternation. Soon enough, against the backdrop of "In the Dark" by YG, we learn the product feature on eccentric display here.

"In the Dark" feels more random than "Haystack," probably because getting good selfies in the dark is a less pressing problem than finding a lost phone. And in both spots, the exhortation to relax seems slightly off, since both characters never approach anything resembling stress.

Yet they're both charming set pieces that isolate a product feature in a memorable way. I'll take the campaign for the Kitty Wells track alone.