Era-spanning tale was shot on iPhone 11 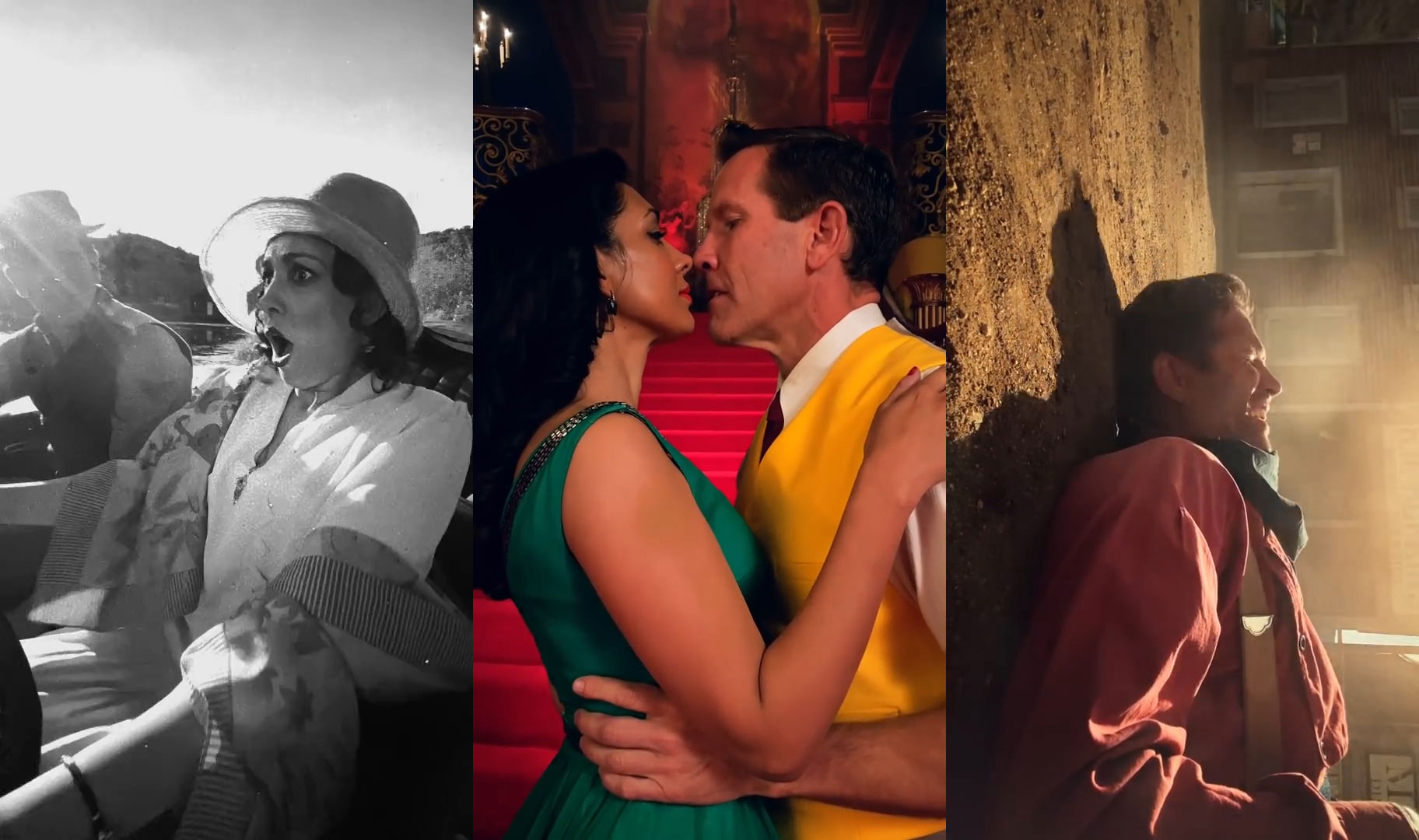 You'll want to watch the YouTube video below on your mobile device's vertical screen. It features a stunt double—echoes of Tarantino's Once Upon a Time in Hollywood there—whose parachute fails during a leap from the top of a skyscraper.

As his plunges to his near-certain death, our hero shuts his eyes and recalls a life of thrills and spills doing stunts in movies, going all the way back to the silent film era. (He's in great shape for being, what, at least 120 at this point?) He suffers all manner of bumps and bruises on his travels, though the greatest indignity is never being able to get the girl—as the leading man always tags back in for the romance scenes.

Which brings us back to the present, and the ground hurtling upward toward our long-suffering hero at frightening speed ...

It's great fun seeing classic Hollywood genres—from action movies to spy films to Westerns—flipped on their side like this. The shot of the cowboy falling backward is a particularly special moment.

"Part of the fun of this was try to think purely in terms of vertical aspect ratio and what that does," the 35-year-old director—a Best Director Oscar winner for 2016's La La Land—says in the BTS film below. "One of the things that's really fun about playing with vertical aspect ratio is how you can play with what the eye sees when, and the way you can get an audience used to looking up and down rather than left and right."

Of course, it took lots of real stunts to tell this story of a stuntman, a lot of which is also captured in the BTS film. And while it's hard to think of vertical cinema really becoming a thing, the broader goal of inspiring amateur filmmakers to craft more thoughtfully inside the vertical frame—and to highlight the iPhone 11 Pro's powerful features for doing so—is a worthy one.

The piece was shot using the Filmic Pro app. Apple notes that additional hardware was used, and it was professionally edited. The original score is by Grammy winner Lorne Balfe. The rest of the credits are at the end of the film itself.