On Ted Lasso, getting healthy during Covid, and the 'Delta Variant Force' pro-vaccine campaign 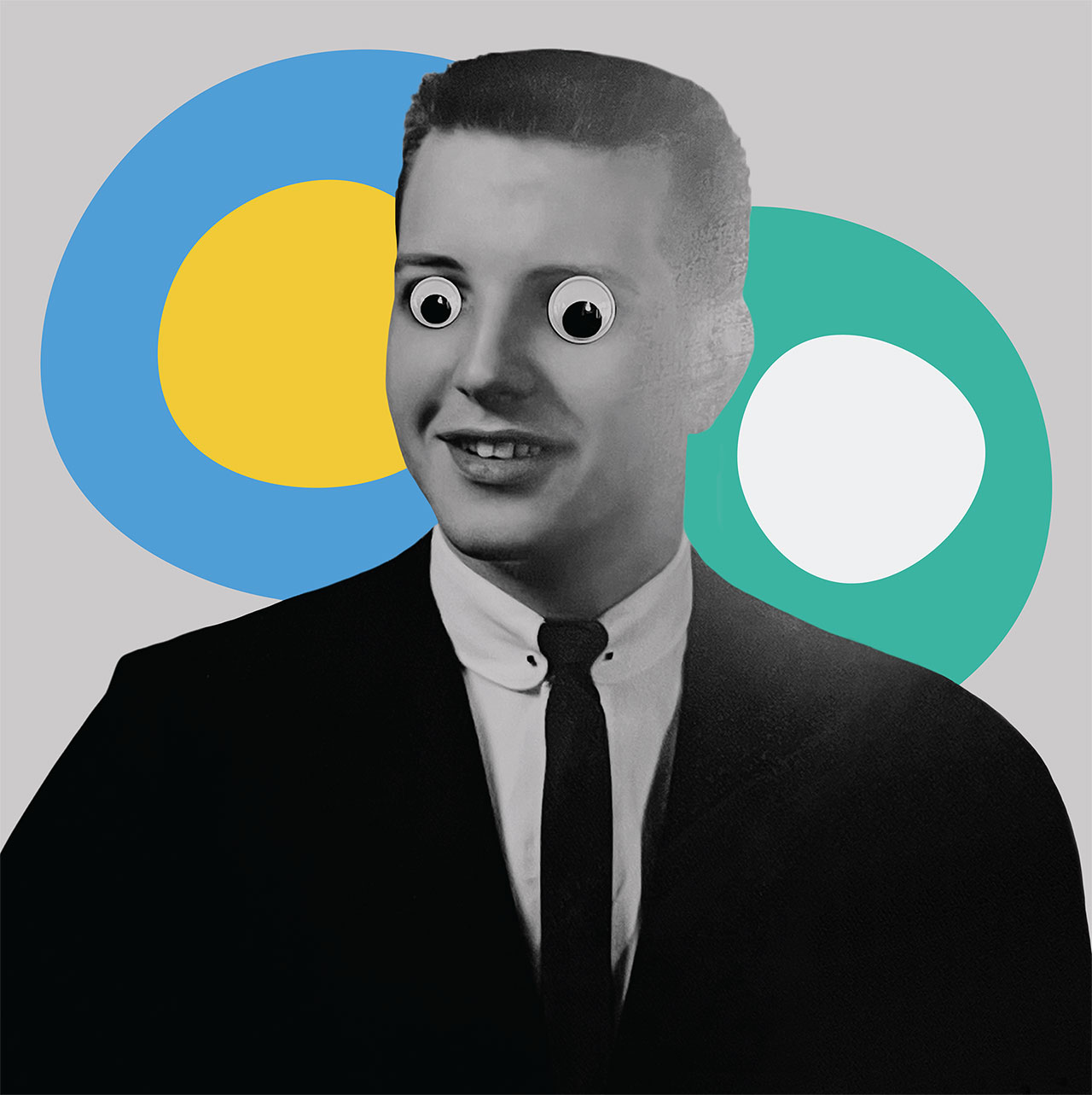 As head of creative at Fitzco in Atlanta, Ryan Boblett's creative responsibilities span every account in the building. A strategic creative leader, he was instrumental in recent new-business wins for French's Mustard and Cholula Hot Sauce, as well as growing the McCormick business by 60 percent over the last year, adding to the over 26 percent organic growth seen across all accounts at the agency. Fitzco was named Ad Age's Small Agency of the year in 2022.

Prior to Fitzco, Ryan was tasked with building the creative department for Translation's Chicago office. His career started at Leo Burnett's global headquarters in Chicago. He has also spent time at Cramer-Krasselt and Y&R.

Ryan is a big believer in craft, collaboration and listening, an approach that helps him understand his clients and fuels his fire for award-winning work. His wife, two kids, dog and cats are mildly impressed.

We spent two minutes with Ryan to learn more about his background, his creative inspirations, and recent work he's admired.

I grew up in Augusta, Georgia. Cut my teeth in Chicago. And now live in Atlanta.

As a kid, I was always drawing things, making stuff, or redecorating my room. I spent hours imagining or reimagining the things around me. It was my escape. Unfortunately, It took me until my last credit in college to realize I could actually get a job being "creative."

I know this isn't a person—corporations are sometimes considered people … right?—but early MTV was everything to me growing up. The music, the videos, and Liquid Television. That show blew my mind every time. It was creativity like I had never seen before.

I went to college at Furman University, a small liberal arts school in Greenville, South Carolina. I was studying health and exercise science and had a half credit to burn my senior year. I decided to take an art class called "Introduction to the Macintosh." It was a class where we designed layouts, logos and websites on those OG candy-colored iMacs. I absolutely loved it. Lucky for me, my teacher Ross McClain saw my passion/potential and was the one who opened my eyes to what a creative career could look like. He pushed me to explore attending the Portfolio Center in Atlanta as a possible next step. That push changed my life. I ended up at PC that next fall, built a decent portfolio, met my future wife and started my career in advertising two years later at Leo Burnett. I can't thank Ross enough for helping me see what I couldn't. My two kids and career would like to thank him as well.

David Shrigley. His illustration, typography and smarts have always made me smile. I'd pay top dollar to vacation in his brain.

I recently saw the movie Everything Everywhere All at Once. Such a simple story yet told in the most mind-bending way. I'm also a huge googly eye fan so that didn't hurt. Highly, highly recommend.

Ted Lasso. That character saved me during the pandemic. I try to apply his approach to life, parenting, managing a creative department, the soccer team I wish I coached in my brain … really everything.

Personally, Covid-19 made me rethink "health." As the world unraveled, I forced myself to take control of my own personal health, something I had neglected for a really long time—probably since my mom passed 10 years earlier. Finally carving out that time for myself became almost spiritual (thank you, Peloton). It reinvigorated me on every level, which helps me give my best to myself, my family and my team.

The McDonald's "Bad Lip Reading" NFL campaign was so much fun to work on. It was a blast to collaborate with the talented folks behind that insanely stupid "meme." It was also the first time BLR had ever partnered with a brand, so the project came with a lot of unique challenges. But at the end of the day, we got paid to put dumb words into NFL stars' mouths for an entire NFL season. I look back at that work and it just makes me really happy. It also reminds me that advertising doesn't have to be hard.

I'm super proud of the pro-vaccine campaign we created called "Delta Variant Force." It was a passion project a handful of us at the agency poured ourselves into. I loved the tension in this idea. Covid-19 was invading our country. How could you be pro-America and anti-vax? Launching a "trojan horse" lifestyle brand into the alt right was pretty eye-opening. Finding influencers and other smart ways to target that audience took us down some interesting internet wormholes. Did it work? Hell no. They hated us once they realized what Delta Variant Force was. But planting that seed of hypocrisy was worth every late night. And there were some good people out there who supported us. We ended up selling some merch and raising some cash for the CDC, so that felt pretty good. 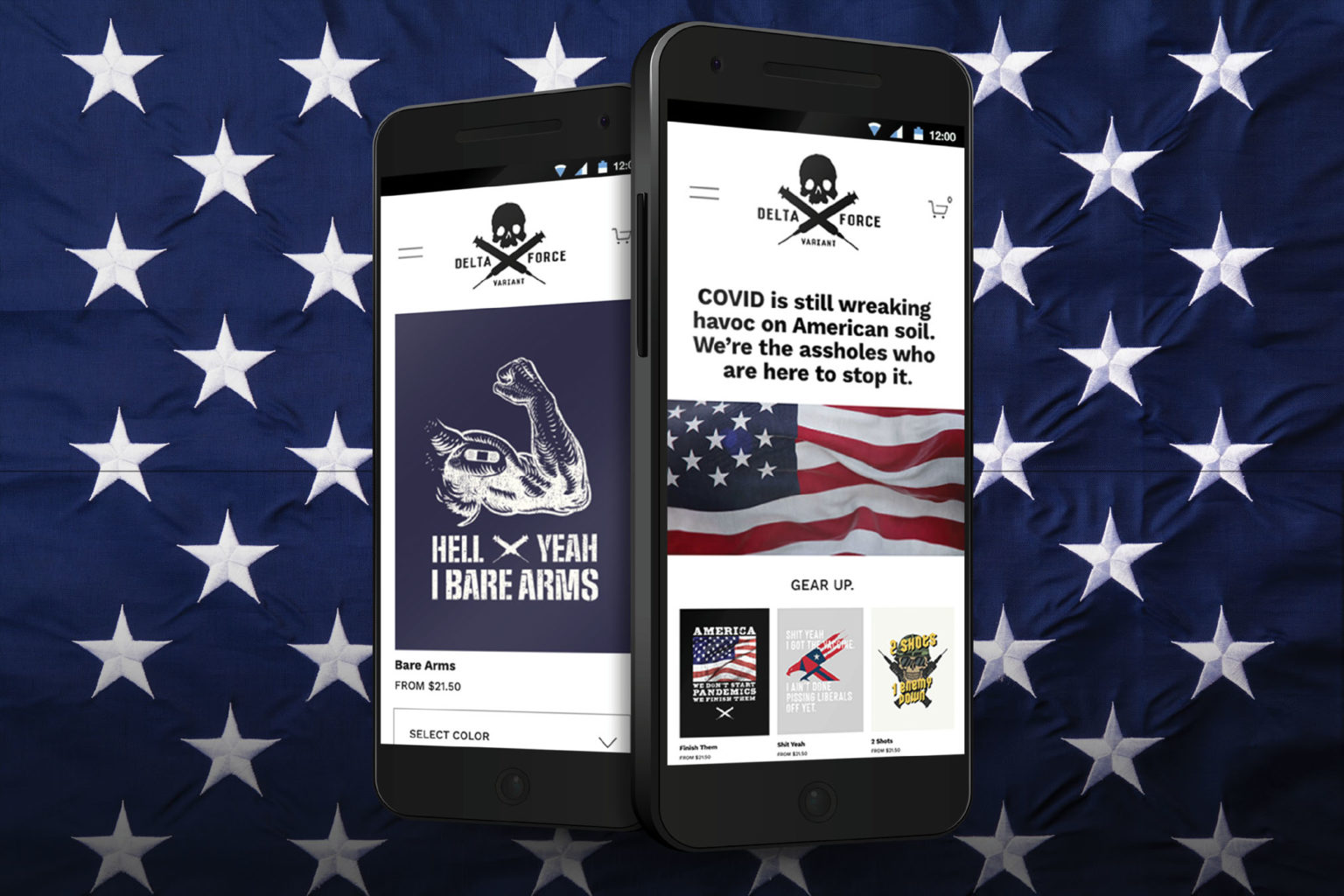 Hans Seeger. He was my first boss at Leo Burnett. He was what I like to call an analog influencer. His knowledge across art, typography, furniture, music, food and culture was endless. But he didn't blog or post about it. He just wanted to talk to you about it. I remember sitting in his office for hours every day and just trying to soak everything up. I can say without a doubt that he had the biggest influence on me as a creative. I probably grew more in those two years than the rest of my career combined. Love that guy.

Liquid Death. I'm a big fan of that brand and their enemy/story. I love everything they do. The design, the writing, the activations. Super jealous of all of it. Berry It Alive is pretty damn delicious, too.

Making art with my kids.

I've always dreamed of owning a combo coffee shop/thrift store. A spot that serves great coffee and everything in the place is for sale. I would just continually rotate the furniture, art, etc., as it sells. It basically combines my love of coffee, creating spaces and hoarding furniture. Win win win.