2 Minutes With ... Dave Rolfe, Global Head of Production at Hogarth and WPP

On Bud TV, Cadbury, the Genesis Curry Flow NFTs, and primacy of process 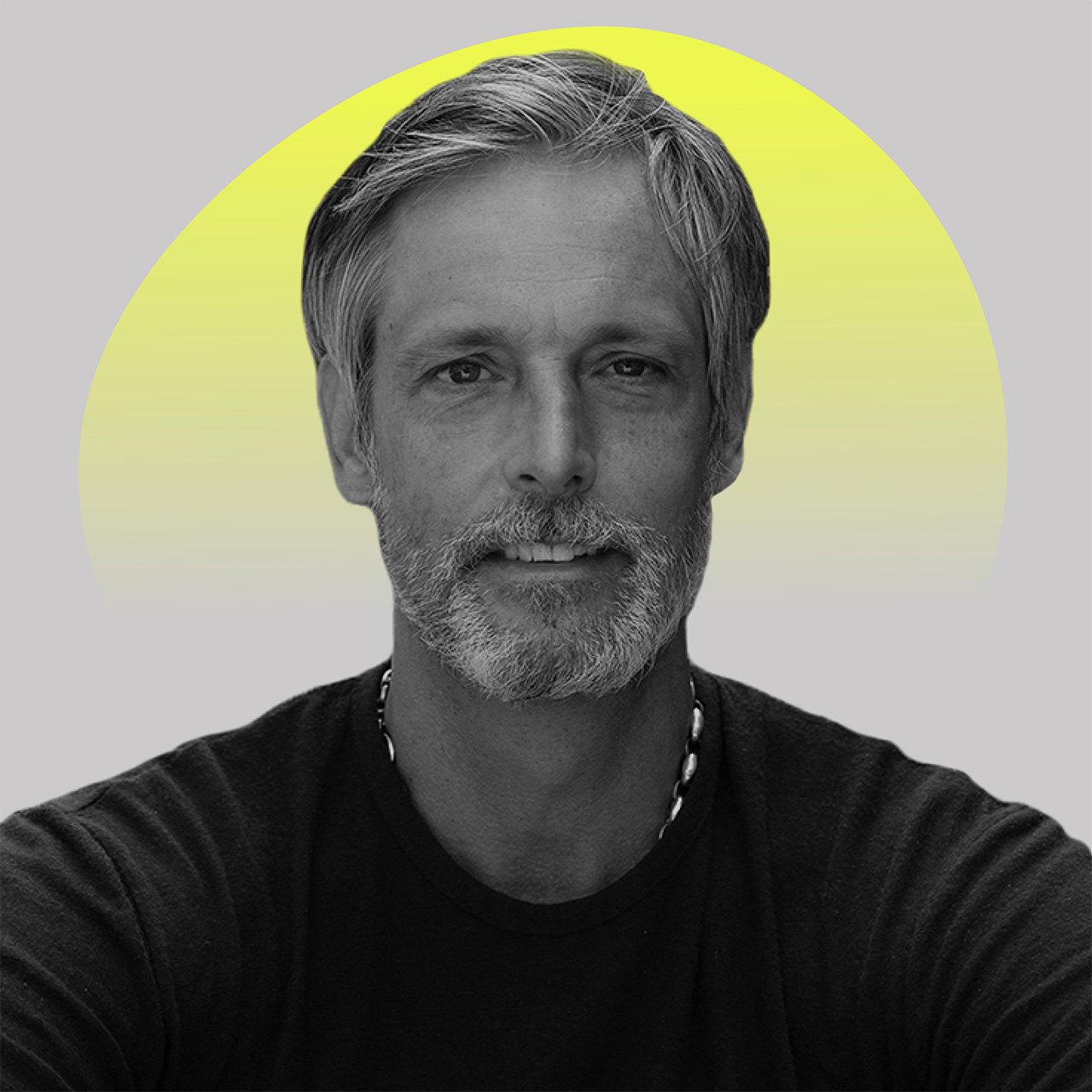 Dave Rolfe is responsible for executing a strategy that elevates the role of production, delivering creative excellence across Hogarth and WPP. A central part of that is attracting and nurturing the best production talent from across the industry and building a best-in-class production community that offers integrated and innovative solutions for clients.

We spent two minutes with Dave to learn more about his background, his creative inspirations, and recent work he's admired.

I grew up in the Pacific Northwest and the suburbs of Seattle, and now I live in New York City. In between, I've also lived in some unique cities—Portland, Miami, Chicago, Boulder, and L.A.

When I was about 10 years old, my parents took me to an arthouse movie theater. I didn't know they existed, though they were bountiful in Seattle. I was used to blockbusters like Star Wars and E.T. The movie was Hal Ashby's Harold and Maude. I suppose it hit me that I may be creative when in the first five mins, Harold, out of nowhere, chops his arm off while sitting with his arranged date. My response, appropriately, was popcorn-spilling laughter! The movie changed me forever, because I think I discovered irony and humanism.

I'm fortunate as my early creative idol was also my mentor, and he was a producer at that. As a kid, when you're creatively inspired, you maybe want to be a director, an actor or a DJ, but I don't know who aspires to be a producer when they're 14. Anyway, a producer in his late 20s was local to Seattle and had returned having co-founded the Oxford Film Company, having attended Oxford University. He and his writer-director partner came to my middle school to develop a teen, coming-of-age script—I provided much on the foibles of coming-of-age! Reciprocally, they made a movie over the course of the year with our drama class. (My line was, "I think your brain's gone spongey!!")

His name is Rick Stevenson, and he remains an accomplished entrepreneur, filmmaker and educator, and throughout my teens, into my 20s and beyond, I learned from and worked for and with him. And he's creative, because he's a producer!

My freshman year in high school, we did a year-long study on a historical figure, but for this particular presentation you became the actual figure. I was Gandhi. I regarded his Hindu practice of Ahimsa, and its pursuit of principle through non-violent means, to be very compelling. Aside from the historic things he accomplished, he taught me that steady, earnest dedication could conquer anything. That said, it also manifested in my buddies' periodically beating the hell out of me by giving me charley horses while I courageously (or rather, idiotically) stood by. That was definitely a variation on the Mahatma's teachings.

Visually and provocatively, I have been moved by a book called Loving: A Photographic History of Men in Love, 1850s-1950s. It is a collection of photos of gay men that's stunning in its beauty and meaning—because they portray true love (or genuine affection) through what must have been dangerously clandestine means. It is astonishing to think of the difficulties of being gay in modern though only centuries-old history, let alone capturing this through an intimate photographic portrait in the late 1800s! These are hardly Instagram captures. (Although do follow on insta: @lovingbynealandhugh.)

The collection and book were curated and published by Hugh Nini and Neal Treadwell, and their work and photos are being exhibited in the studios at Hogarth NY. Through the inspiration of Tim Ayers [CEO of the Americas at Hogarth] and his team, a wonderful launch event was hosted, and the photographs still line our hallways. I get a tinge of creative spirit and courage every time I run to the loo or an edit bay!

My favorite movie in the past five years or so, and then my favorite movie in the past year, are both Japanese films. Most recently, Drive my Car, based on a Murakami short story and directed by Ryusuke Hamaguchi, rewarded me for heading back to the theater more than any spy thriller has. And then Shoplifters, by Hirokazu Koreeda, which I've seen multiple times but never in a theater. It's as great an essay on humanism as any, and an all-timer.

Per novels—for some reason I've never been able to read nonfiction. I've considered Viet Thang Nguyen to be my favorite author for a few years, with his books The Sympathizer and The Committed. The first is a fictional classic, and was a life-changer for me in terms of perspective on racism and the cultural violations of colonialism. The second is his able follow-up, set in Paris. Mr. Nguyen teaches at UCLA and I idolize him—though he's awfully accessible via Twitter, so you can idolize him too.

Maybe the unnamed protagonist from Viet Thang's Sympathizer series. Total badass, principled but torn and benignly duplicitous, fucked up, funny and packs more into his fictional life than anyone I can think of.

@RachelBalzarini, who's a New York-based stylist and absolutely 100 percent self-made publisher of her gorgeous design-mag Platformme, which is the best bi-annual coffee table zine you can own. I've been obsessed with the notion of "platform" as a term and idea for a long while, but she's gotten it best. Rachel's championed the underrepresented in every stage of her craft and career.

My life changed during Covid, professionally, in that I feel that I am not as good of a manager. And I think I used to be pretty good, but I'm better face-to-face. I'm working on it. Inversely, I became a very good fisher via boat or kayak, out on the east end of Long Island. So, I guess much less IRL employee connection but loads of IRL fish.

One of my favorite and largest projects ever was a lot of work done on the failed and utterly vanished branded content enterprise called Bud TV, in '05-'06. I was part of the core build, which really only struggled with one primary roadblock, a necessary but off-putting age-verification and registration wall. Ultimately I focused on making episodic series and curating sponsored short-form and building its user-generated platform.

Many of the before-its-time pursuits of Bud TV are clearer than ever now: brand as publisher, superfan cultivation, brand experience as product, curated brand expression, content destination vs. distributed, privacy and first-party data, connection to commerce, and what's advertising and what's not.

It was an amazing experience and a brave client. There are forms of bud.tv all around now. Oh and some generally ludicrous, mostly unreleased series material: This Day in History, Donnie Briggs Life Coach, Ice Vision and Chef, Arrogant Fake British Rich Guy, and far more virally, Swear Jar.

Out of Ogilvy India and WPP's Wavemaker, a campaign for Cadbury called #NotJustaCadburyAd launched in tandem with Diwali, Festival of Lights, is right up my alley. With small businesses hurt from the pandemic lockdowns, the team used A.I. to help thousands of local stores across India build hyper-localized and customized ads. It's an inspired merger of creative, data and tech.

More on the tech tip, I'm also impressed with the Steph Curry' "Genesis Flow NFT" project put together by Berlin Cameron. To celebrate Curry's monumental 2,974th 3-pointer (a night I won't forget), they built NFT shoes that were sold and worn in multiple metaverses. It sold out in minutes, had a gazillion site-visits, and raised over a million dollars for Under Armour's charity.

My friends Jeff and Chad at the agency Tombras made the best ad of the U.S. college football championship game for Zaxby's, a Midwest QSR chain. It's funny and stylish—it's a guy riding a buffalo wing, and though a familiar genre, I could tell it wasn't made the same way everyone else makes work like it.

Guy on a Buffalo Wing

Being earnest. Paul Thomas Anderson said to his crew before Magnolia first rolled cam, "There's no shame in trying." It's a solid mantra for building creative distinction.

Also, I don't think I've ever worn the same outfit twice, unless it's to bed.

I overcomplicate things, I'm obsessed with unanimity, and I share my weaknesses.

Progress makes me most happy. That there's a point A and point B, and you've committed, learned and actioned in ways that could not have gotten you anywhere, let alone alllll the way to point B, without that process. It could be a relationship, a hobby, an understanding or a project.

I always seem to cry when I chop onions.

I would be in the wine business, maybe. But really, I'd just be producing somewhere else, for things and people I believe in.