As the Covid-19 pandemic continues to wreak havoc across the globe, we're checking in with creative people to see how they're faring. Here's an update from Sebastiaan Roestenburg at creative production studio Ambassadors in Amsterdam. 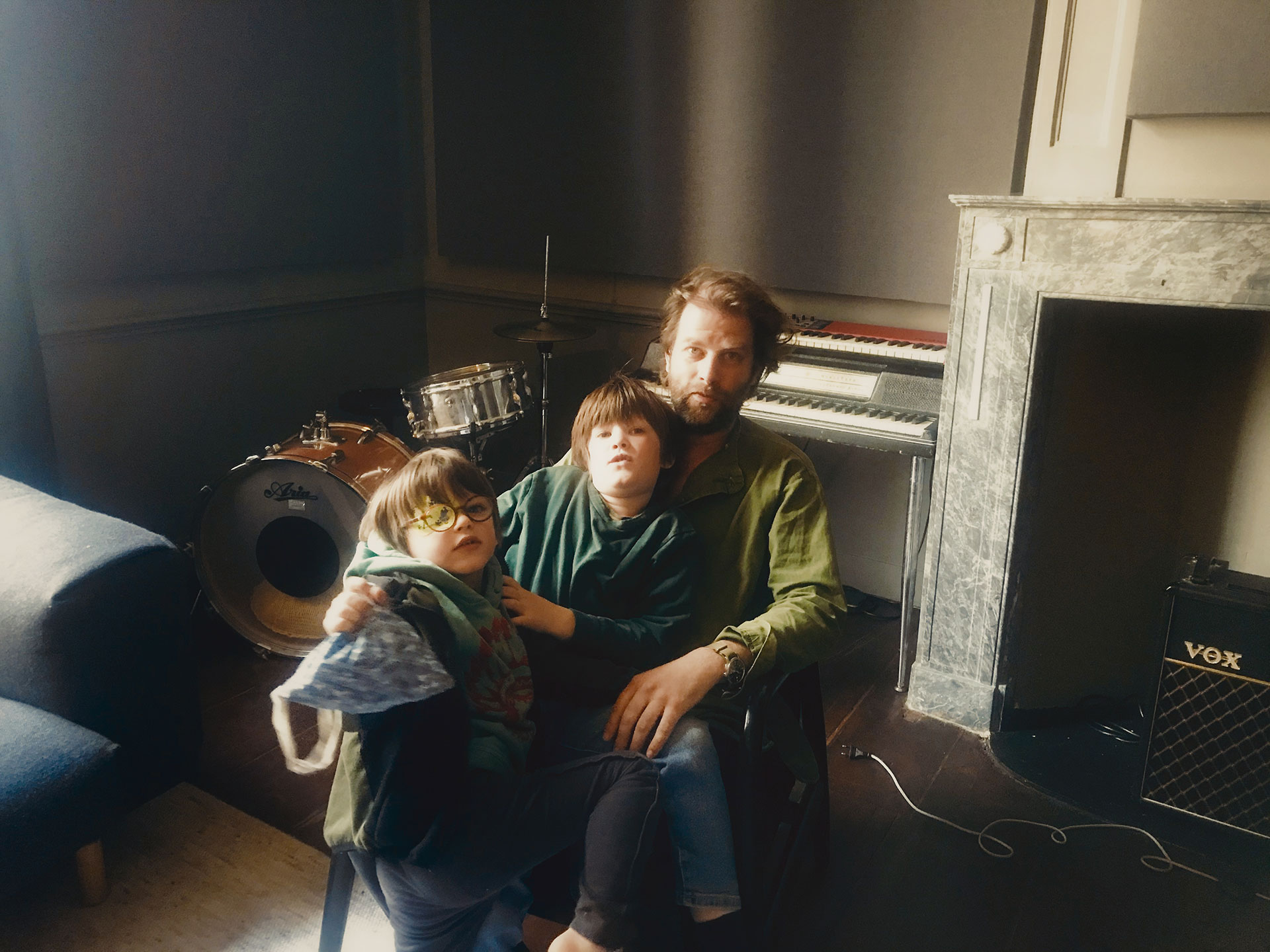 Sebastiaan Roestenburg at home with his sons

My name is Sebastiaan Roestenburg. I'm a composer and the head of music production at creative production studio Ambassadors, which I co-founded 12 years ago.

Amsterdam West. Temporarily all in the back part of the house while the rest is a mess for renovations. I'm living here with my wife Lisa and our two boys Tobi (7) and Lou (4). Our cat Fons is on holiday at the grandparents' because of the noise.

Making music is so flexible these days, so the creation and layout phase can be done easily with a portable rig. I have midi keyboards everywhere now. Beyond composition, our whole sound and music team can organize a lot from home: remote mixing sessions, remote recording of talent and artists, and setting up listening sessions.

I've had to go into the studio a couple times for more technical things, and it's crazy to see the whole design and VFX floor using their computers remotely to access the server. You just see all these cursors moving in an empty building… spooky but cool. 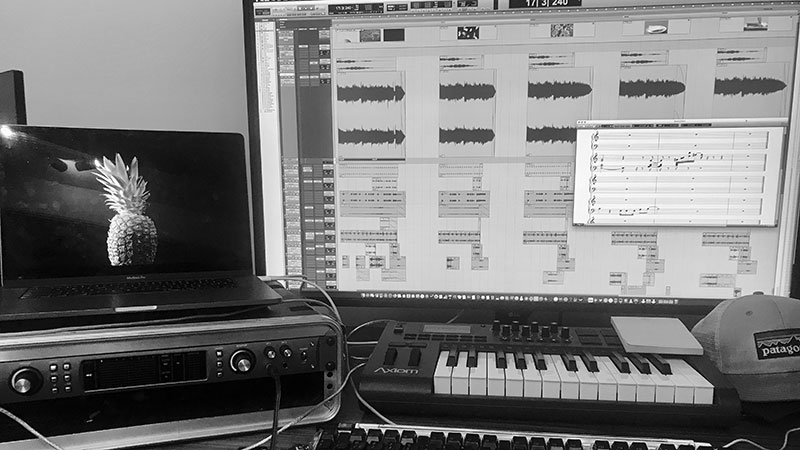 Football with the kids and social-distance-alizing with neighbors. We've also done an online dinner and drinks with groups of friends. One of them makes the best tacos, so we picked up a bag with the prepared food at their place and finished everything at home. Corona beers included.

That's a tricky one. It's really hard to get into a flow here. We usually get so much help from the grandparents that we're now realizing how much everybody—including school!—does to raise our kids. A real eye-opener. It takes a village to raise a child, they say.

The Game by Alessandro Baricco. Highly recommended! It's about changing from an analog to digital time ... where everything is set up like Space Invaders instead of a regular analog table football game. Actually we are IN the game now! Super exciting, not frightening at all.

I haven't watched TV series or films for three weeks now. With the kids being at home, I just like to sit in my backyard in the evenings when everybody is asleep.

I'm an albums listener. The new Sufjan Stevens album, Aporia! I love instrumental music. To me, there's no other way to express a certain feeling or mood without the use of words or text. The soundtrack of the original Blade Runner film, the beautiful music of Olafur Arnalds, Arvo Pärt and the great Dutch group Weval are also on high rotation.

A run now and then to get out. I don't have a strict schedule but I'm feeling fit since I'm the at-home football coach for the kids now.

I finally made a start with a side project that took some time to lift off. I won't jinx it yet but it's making music for picture (yes, hobby = work = hobby). Part of it involves some traveling that will be sorted out later. But I just found out that actually starting the project and making time to think about it was the biggest hurdle to overcome.

Our neighborhood has an overdose of food stores, culinary shops and diverse supermarkets, so we're supporting the small stores. That's often the way to go—you'll find pasta at your local greengrocer for the same price or cheaper, but maybe not the bigger supermarket everyone's at. Together with my sons, I'm now planning to do groceries for the grandparents. We're stocking up for a week or two, which is a bit weird for us when we usually just swing by the supermarket on the bike ride home from work.

When this all started, we were just in the process of creating a souterrain under our house (yes, home studio!). Since the construction sector isn't affected by the regulations we are now facing, we're dealing with construction workers and living next to our own project while giving the kids homeschooling. And then there's our poor neighbors always around to hear it. 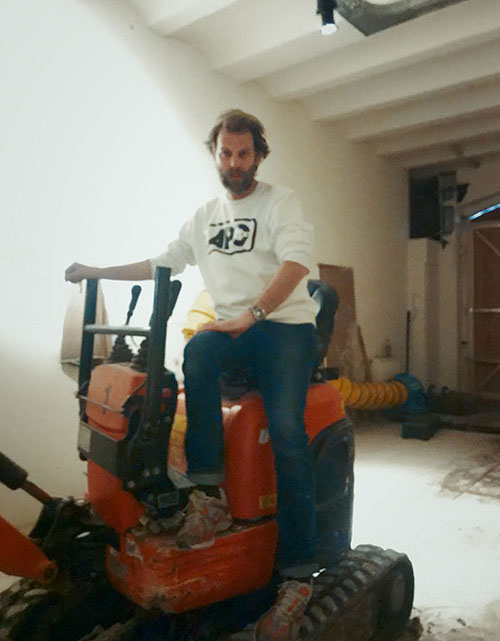 Not the best, but let's just say April Fools emails didn't go down well this year.

Not really, just sudden moments of really missing the in-person times in the studios with our composers and sound designers. The creative collaboration, spontaneous moments and jams, tweaking and real buttons instead of software and endless Slack feeds and Hangouts calls with a lot of background noise.

Our music producer works from home with her little baby, and I think she's now also fully up to speed at her husband's role as a marketer since she's listening to his calls all day long. Maybe we'll get into some interesting crossovers?

But seriously, maybe this crisis will speed up the journey toward a healthier and happier work/life balance for more people in the industry, so we can make work 2.0 more efficient and fun.