As confinement continues in most parts of the world, we're checking in with creative people to see how they're faring. Here's an update from Chris Waitt of Framestore. 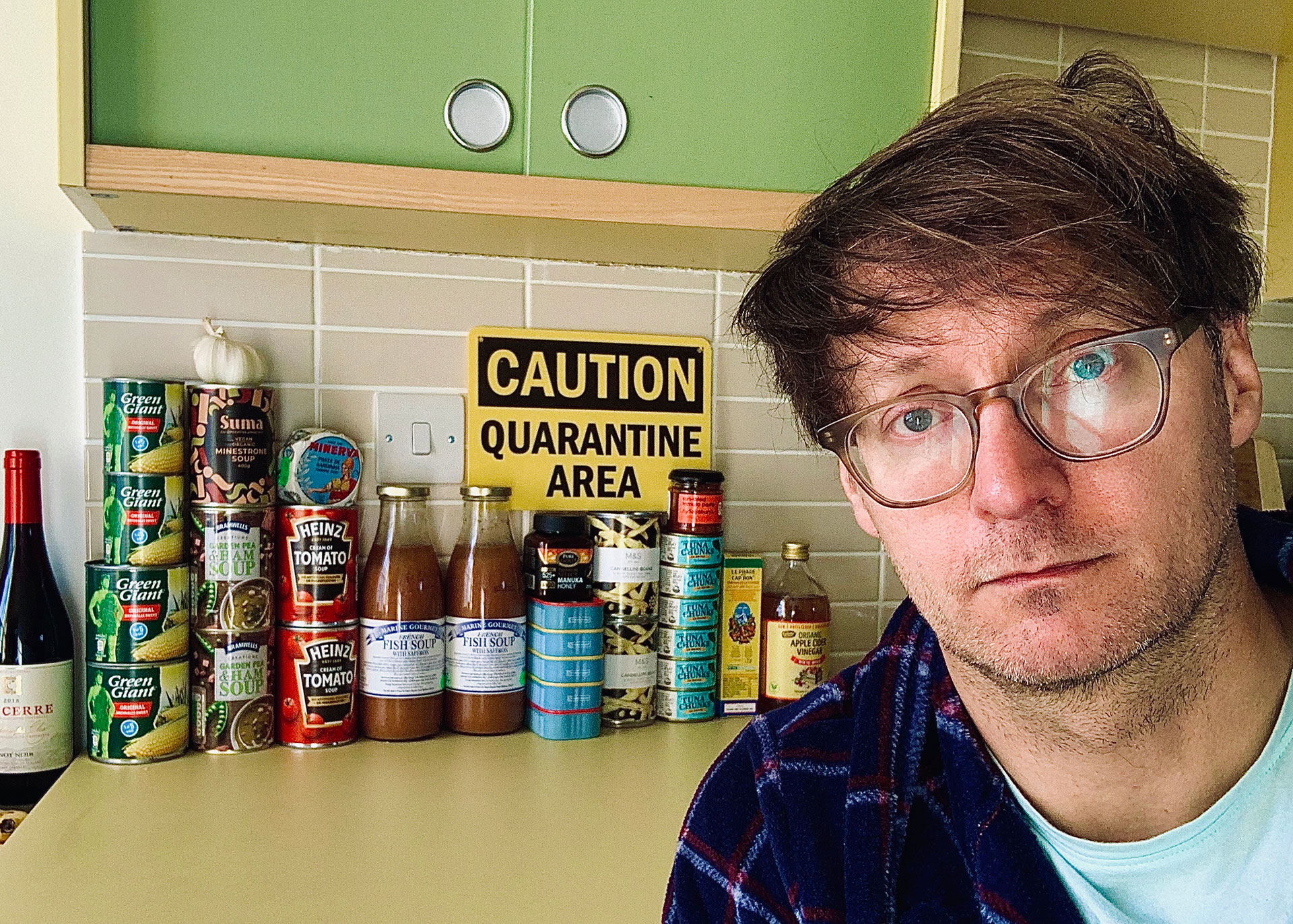 I'm a writer/director of comedy for films, TV and commercials, as well as a creative director at Oscar-winning studio Framestore in L.A.

For reasons which are too detailed to go into, I have ended up in the English countryside, temporarily moving back in with my ex-fiancé and our 5-year-old daughter.

All of Framestore's global offices are working remotely from home, including me. My own pop-up office is in my daughter's playroom, an upside of which is that when I'm on long Zoom calls I can secretly play with her toys.

Since the only other adult human in the house is my ex, we have mutually agreed that we need alcohol in order to stay sane, so we have a cocktail hour every evening. It tends to start well, but after the second cocktail it inevitably wanders into a discussion of where our relationship went wrong, with particular emphasis on my failings. This subject is a perennial favorite anyway, but being stuck in the same house with a hearty supply of cocktails has given it a new lease of life.

My work has remained very busy, so I am very grateful to my ex that she has been able to fill in the parental duties and do lots of activities with our daughter. My contribution is early mornings drawing with my daughter on the iPad, a lunchtime walk and, in the evenings, swimming races in our 6-foot-wide hot tub.

I've decided to get into the spirit of things and dive headlong into the post-apocalyptic world. I'm reading Brian K. Vaughan's graphic novel series Y: The Last Man, various dystopian short stories by Stanislaw Lem, Montaigne's On Solitude and Isabel Lloyd and Phil Clark's amusing and practical Gardening for the Zombie Apocalypse. For escapism, I am working my way through the five books in The Hitchhiker's Guide to the Galaxy trilogy.

Since it feels like we are all stuck in the first act of every zombie film ever made, I've been reconnecting with some old zombie favorites—World War Z, Shaun of the Dead and The Walking Dead, to name a few. Since these are a tad edgy for a 5-year-old, we've also been introducing our daughter to a season of classic film musicals like Singing in the Rain, My Fair Lady, Oliver!, The Sound of Music, etc. This mix of these films recently led to an odd dream where I saw Julie Andrews singing "I Whistle a Happy Tune" in the middle of a zombie attack.

I've been seeking out the right soundtrack for our strange new world and keep settling on those poets of the apocalypse, the Doors, and the jaunty songs of a civilized Englishman who specialized in keeping perky during troubled times, Noel Coward.

With so much work on, this has been a struggle, but I am also slowly building myself up to attempt a press-up in the coming weeks.

Yes, it's called "How late in the day can you keep your pajamas on?" I'm trying to build up to a full day.

Move in with someone who is the posh equivalent of a doomsday prepper. Yes, my ex seems to have stocked her cupboards with a huge range of non-essential but extremely fancy gourmet ingredients as she is trying to use the lockdown to expand her culinary skills. Essentially she has decided that we should be the equivalent of the passengers on the Titanic who did have the desserts.

During an important Zoom meeting with clients, I was using the webcam built into my laptop but was mirroring my screen to a larger external monitor. At one point I inadvertently pulled the laptop screen downwards to grab something from my desk and, because I was looking at the external monitor, failed to notice that the camera was pointing at my groin. It stayed like that for some minutes before a colleague privately messaged me saying, "We are all staring at your groin." I should clarify that I was dressed during this incident. Anyway, suffice to say I have since ordered a webcam that sits above my monitor—in a fixed unmovable position.

I managed to land Framestore Pictures' first official commission of the lockdown era—a set of rather fun coffee commercials—so the answer would have to be the email from my producer which read, "Congrats, you got the job!" That email led to a very significant step for me and Framestore in terms of finding ways to work in these strange times, given part of that job involved doing a remote shoot (using a one-person DP crew), which we did this week. It was a great success and a lot of fun. Directing remotely wasn't actually as weird as you'd imagine.

I think it would have to be the moment when I realized that despite my best intentions about what I could achieve during the lockdown, in reality it's looking increasingly unlikely that I will learn a new language, read War & Peace, become a virtuoso pianist or evolve into a better human being. This moment came two nights ago after I fell asleep in an armchair in front of the television wearing only my underpants.

Obviously I very much hope that we will beat the beastly virus and life will slowly return to something resembling the old normal—with all of us watching sitcoms about how madcap life was under lockdown. However, I have an overactive imagination, so I think there is an equal chance that it will all go to merry hell complete with mass looting, gun-toting survivalists, and the total collapse of civilization in which people dressed in CSI outfits fight to the death for water, toilet roll and a good internet connection. If that is the path things go down, I have already decided to head for a bunker with some of my best-looking friends and see out the rest of my days hugging and playing games of naked Twister.