Need Dog Insights for Your Pet-Care Brand? Say No More

Results of a one-pug focus group

For those of us who toil in the pet care category, focus groups aren't always as insightful as we hope. If only we could interview the actual consumers to round out the brief with a "Day in the Life" portrait of the target audience.

Good news! Recently, I found this note in my laptop case. I think my dog knows how hard we all work. It was an unsolicited gift from him. And as a pay-it-forward to all the creatives working on dog brands (literally or figuratively), I thought I'd share. You're welcome!

Most days I'm up by 5 a.m., 5:30 latest, for morning rounds. I have a good long pee, ideally on an area of the rug I haven't used before. Then I let the sleeping humans who live in my big box know I'd like to go outside. An effective technique for this is rehearsing a few tap moves on the hardwood floor; Fosse's "Cell Block Tango" from Chicago is a good choice (my nails are well suited). In a couple of seconds, the humans groan, stumble out of their soft, elevated den and open the door.

While we're outside, they follow me, observing my rigorous inspection of the patio stones with great interest. I'm not sure why they do this, but sometimes I circle a specific shrub a few dozen times just to entertain them. They seem to be expecting me to do something; I have no idea. They are odd beings.

If the early morning snack I've already enjoyed from the cat's sandbox hasn't satisfied me, I do another few Fosse moves to encourage the humans to put additional food in my bowl. I'll be honest—it doesn't matter what it is. They are very obedient and comply immediately. The cat, on the other hand, restocks the sandbox at random intervals, so I'm quick to polish off anything I find in there immediately. The humans get very angry when I do this, which I can only assume is because I got there first. Silly humans—early bird gets the worm! Despite their enormous size and reliably mid-level intelligence, they never get to the snack sandbox first. I do pity them.

After second breakfast it's Strangulation Detail with Zebra. Zebra is an inanimate fluffy object that comes to vivid life with just a few violent shakes of my tiny square head. The humans pull Zebra's tail while I clench down on its face with all my might. I growl menacingly as my eyes bulge disturbingly, and the humans try to reciprocate, but I think we both know the pathetic sound they produce is amusing at best. I can't imagine any animal other than a smallish human actually feeling threatened. The humans mistake this work for a frivolous game and not the serious defense ops training it obviously is. Eventually I grow bored and retreat to the first of many restorative naps.

I'm a loyal pack member, and I do my best to insert myself into all my humans' daily activities. Luckily, I'm small enough to propel onto a keyboard and hit the delete key with one paw, or thread myself between two moving legs, or spring onto a napping chest just as it falls. This really keeps the humans on their toes.

Once a week or so, a big brown rolling box appears in our driveway. I bark and spin as if possessed, which maybe I am. Once I confronted the human, who was clad in a strange brown uniform. In terror he bared his teeth and tossed me a small food item—which was neither a cat box snack nor the food in my bowl. By the time I finished eating it he was gone. I still don't know what it was.

At random intervals throughout the day I enjoy rubbing my undercarriage vigorously against various household objects—the cherished pillow, a leg of furniture, someone's forgotten sweater, perhaps the cat, if it's awake. The humans enjoy this immensely, raising their voices and stomping. So I increase the intensity of my rubbing. Their cries grow louder. It's a fun game.

I'm a busy dog, but it's not all a pleasure cruise. Several times, we've taken the den-on-wheels to a horrific place. Here, random humans torture me while my own humans hold me down! The strangers probe my ears, force open my mouth, generally invading any orifice they can get their creepy gloved paws on. Once they did something so unspeakable that just thinking about it makes my tail unfurl. It forever changed me, and I'll just leave it at that. Despite this hideous treatment, they couldn't make me talk. I will never talk. Literally.

At bedtime I repeat my rounds, relieving myself on the hardwood floor this time. I check to make sure the humans are all in their beds. Once they are, I have a quick sandbox snack and settle in for a nap. In just an hour or two, I'll check on the humans. Waking them at hourly intervals during the night is the best way to make sure they're still alive, and ready for anything. 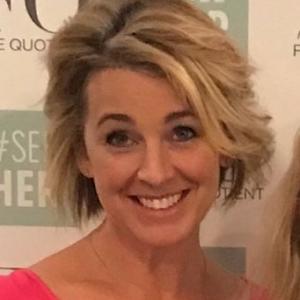