Just When I Thought I Was Out, Agency Life Pulled Me Back In

And while I was gone, things changed for the better

When I found out I was pregnant with my daughter several years back, I did what a lot of people with families do: I left agency life.

I wanted a job that would allow me to go home in the evening and see her without feeling like I was letting my colleagues down. Plus, to be completely honest, I was a little disillusioned by what I saw going on around me. I was disappointed by the lack of female leaders in the industry, as well as the bullying, sexual misconduct and harassment, and lack of diversity. I was worn down by what seemed to be a lack of respect for the work done by creative professionals, on the part of both agencies and clients. So I left.

I found myself working in some great jobs as a result. I spent two years as a creative strategist at Facebook and another two as an executive creative director for Pandora. Surprisingly, I found that tech companies really get it when it comes to work-life balance, even if their gender ratios aren't usually worth bragging about. Technology (unlike advertising) is a relatively new industry that views remote work through a different, more modern lens. There's freedom to use technology from anywhere, and trust that the work will get done.

In spite of the enlightened attitudes around me, I started to feel something was lacking in my career. I missed doing creative work in an environment that prioritized it above anything else and where my colleagues were excited about the same things I was. Don't get me wrong: Tech companies place a huge emphasis on creative work, too. But their main creative product is technology, not advertising.

So, four and a half years after I left the agency life, I decided to give it another try. As I began putting out feelers, I was excited to see that things had shifted. The #MeToo and Times Up movements had started. People and agencies were getting called out on social media for distasteful behavior and challenged to make changes. Ultimately, it seemed like agencies were beginning to hold themselves more accountable for building diverse teams that included women with children.

I eventually accepted a position as a global executive creative director at mcgarrybowen. Because it is a leadership role, I've felt a moral obligation to infuse the agency with what I learned about how to run an effective creative team and build a culture that respects employees' lives outside of work. I was happy to find the agency had already embraced this mind-set. As a result, I've never felt pressured to stay at my desk so late that I miss out on family life.

Still, many agencies haven't evolved. Anyone who works in advertising knows it's an industry of giant egos. To bring about change, leaders need to ask their teams to challenge them with ideas on new ways to operate. It's not enough to add amazing new digital tools and content studios. To attract really talented people, you have to cultivate a space where employees can work in a healthy way. That means finding a way to inspire them without trapping them in a cubicle every day from 9 a.m. to midnight.

If agencies can change their approach to workplace culture, people will stay. If not, they will continue to lose their best talent to many other options including tech companies, in-house agencies and other choices that are now open to creatives. That may be hard to hear, but it's important if we're going to build a more diverse industry.

Fortunately, there are many leaders who are now willing to listen to—and act on—what their teams have to say. I'm determined to change the system by tapping into what I know from living a full life outside the office, and I'm excited to see many colleagues joining me. 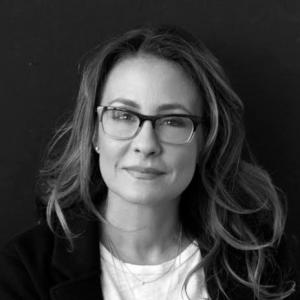