I Work a 4-Day Week at My Agency. It's the Best Decision I Ever Made

Writing, strategy and the pursuit of my true self

Imagine spending nearly half of your career split in two: one half as a writer, the other half as a strategist. For years, that had been my experience. I started working in advertising in 2000 as a junior planner at Lowe Lintas (now MullenLowe), and it's an understatement to say a lot has changed since then—except for the hustle culture agencies are famous for. Many people (myself included) have written about what those changes entail, but one in particular is relevant to my life. The change I'm thinking of is a shift toward the gig economy and mainstream acceptance of non-traditional working styles, which in some instances happened as a direct response to the restrictions of a traditional work environment.

Although writing was something I was always passionate about, it felt like an unwelcome topic of conversation during the work day when I was first starting my career—almost as though it was taboo for me to talk about it during my "day job." But it wasn't a hobby. It was, and always has been, much more than that. I worried what impression it would give to my boss or my colleagues if I mentioned that part of me—again, a big part of me—was deeply passionate about something other than advertising. The feeling was only exacerbated by the "Work takes all" narrative that was similarly prevalent when I first started in the industry. Working was presented as a commitment test: How much would you be willing to sacrifice in favor of the company? Would you sacrifice your personal time, your family time, your sleep, your health … ? I fell in line, clocking hundreds of hours over reasonable expectations. I missed important events and shelved opportunities for personal growth.

Seven years into my career, I moved to England to pursue a graduate degree in literature at Cambridge University. I knew it would be an intense endeavor, and yet I wanted to continue my advertising work, too. I applied for an opportunity to work at McCann Erickson on the Nestlé Cereal Partners account, and because of my class commitments, I did something I had never done before: I asked for one day a week off. Because I needed to, in order to do it all. They said yes. It was no small feat managing a full-time job as the lead strategist on a big portfolio of brands and a master's program at the same time, but that one day off in many cases made the total difference. It wasn't that I never worked on my day off, as I often took calls or finished up presentations. But the fact that I was never obligated to be in rooms for back-to-back meetings all day gave me the flexibility I needed to do class work and deliver my thesis (with distinction). It was one day—52 days that year—but it gave me creative breathing room and time to be my full self.

Since that first leap of faith, I've worked four days a week at each of my agency jobs, including where I am today. But until I landed at Iris, I didn't necessarily open up about what I did on that fifth day. Although I had previously hidden the fact that I was an award-winning, produced playwright and filmmaker, I now proudly shared it with my colleagues, whose collective response has been phenomenal. This sharing of myself—being able to express what matters to me—has allowed me to have richer conversations with my team and my peers. The first time I invited colleagues to a show and they attended, I felt a sense of beaming pride that they had discovered this new part of me.

Moreover, playwriting has made me better at my job. A theater production is a tightly oiled machine (when it works well) and feels similar to a new-business pitch. Working as part of an ensemble with a director and actors has taught me how to negotiate better and how to compromise when needed. Writing itself is an act of keen observation and active listening, two characteristics that good leaders really need. I have always had an affinity for creative teams and creative people, and I hope that the empathy I hold toward anyone creating a creative product that people evaluate shines through.

All of this happens because I don't work on Fridays.

The pandemic ushered in significant questions about one's purpose and sense of self. As a person who was once two things, reluctant to share one with the other, I have finally embraced the phrase "both, not half." Being a playwright doesn't diminish my ability to be a great strategist, and vice versa. Every individual has a different set of needs with respect to how they balance life. I find that clarity and honesty make a big difference, as does having a team you can trust. Creating deeper connections further enables and energizes new ways of working, but we must also ensure we're not making assumptions when people ask for time away. Companies can't take it all anymore—and that's a good thing.

Remember that articulating what you need and want from your employer comes more easily to some than others. It didn't come easily to me. There are times when I still worry about how others perceive and feel about my way of working, as well as what it "says" about me. But mostly I'm happy that I'm my complete self all the time, and not just during vacations.

As we increasingly move away from traditional ways of working, we need to be patient and honest with each other. It's a two-way street, and companies and employees must find ways to meet in the middle. We need to remember that we are in a constant state of learning as to what creates a productive environment and why. But we know this for certain: Supporting employees' needs with respect to how they'd like to work yields immeasurable returns—and not just at work, but also in people's personal lives, too. And that's something we all could use a bit more of. 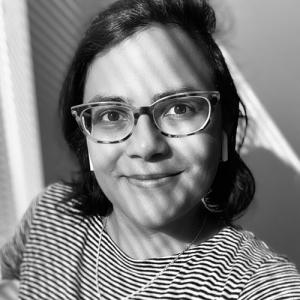