Growing Up in Advertising: The Early Years With My Single Creative Dad

How he juggled fatherhood and his ad career

I grew up in advertising. Literally. As the daughter of a single dad, I spent my early years going to the office with him, eating late-night dinners with the creatives, knowing they'd be happy to spoil me with hot chocolate.

My dad was young when I was born, and there weren't many single parents around, let alone single dads. As he finished school in Paris and began his career as an art director, I tagged along. What I learned from his 30-plus years of experience in France, Mexico, the Middle East, Asia and the U.S. is that, somewhat surprisingly, the advertising industry can be a welcome, nurturing place for those looking to balance single parenthood and a career. Although as a teen I was sure I'd never work in this industry, those fond memories naturally led me to my own career in advertising.

Now, as an adult, I decided to explore what it was like for him to raise a daughter in advertising and gain a better understanding of how he managed fatherhood and a budding career.

Iman Forde: How old were you when I was born?

As a young man still in school, what was your first reaction when you realized you were going to have a baby?

At first, the world, my world, turned on its head—fear of the uncertainty, that level of undefined was terrifying. I was trying to make sense of it all, but over the course of the next nine months it became exciting. When you were born, all of those initial feelings vanished and it all fell into place.

What was it like bringing your 2-year-old toddler to your college graduation?

It was amazing. I was so proud, and you were adorable. By that time, most everybody at Penninghen [an art direction school in Paris] knew you, including teachers and students who were at the graduation ceremony. I'm pretty sure you were the highlight of that year's graduation for many. You refused to let go of my hand when it was time for me to walk up to the stage and accept my degree, so together we went to receive the honors with a standing ovation. The clapping was not just for my honors—it was for us. We were so much more than a diploma. 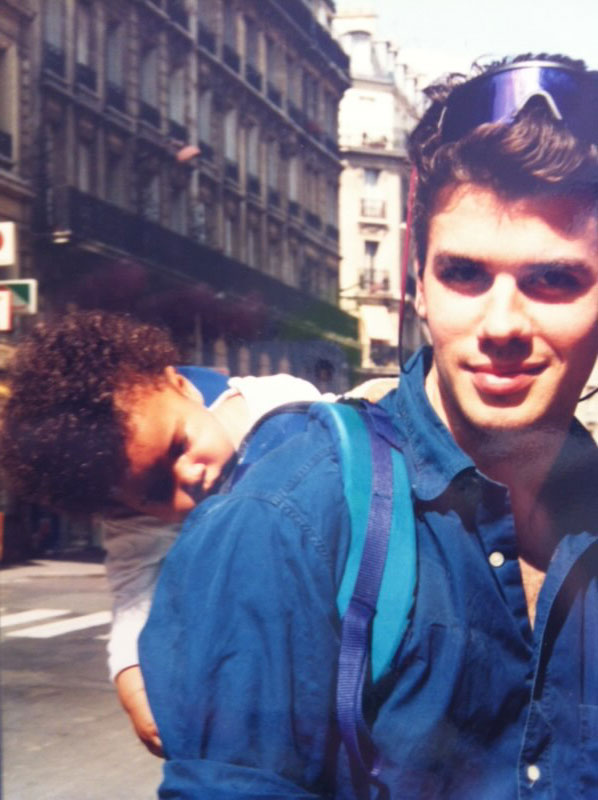 The author as a baby, with her father

What made you want to go into advertising?

I was always much better at drawing, scribbling, sketching, laying out plans, cities, worlds, pretty much anything but the traditional French school curriculum. I was a much better student when I immersed myself in that world than in school. I happily followed praises. I was also influenced by family a bit ... your grandmother was an interior architect, and your grandfather was a marketing director who worked on both sides of the advertising/client fence.

What were the biggest challenges and greatest joys of balancing single fatherhood and your first agency job?

If you could meet you then, you'd see you were so sweet and funny, lively and easygoing. So much so that, in retrospect, you were more of an asset than a hindrance. All of my jobs, clients, etc., loved you, so they were very accommodating. You were an added bonus in their eyes. For me, it was a crash course in multitasking.

How did you have to change your career trajectory to better accommodate single parenthood?

I think a lot of people let the career be the dictator of what to do. You and I were a two-(wo)-man show, and I wanted our little family to be happy and for you to grow up living an amazing life, hanging out with brilliant minds and running around the planet. We did follow areas that had better schools, and so I adapted to follow the places that would offer you a better education and better crowds. That meant I went to open my own small design studio when we moved to America so I could easily balance work and taking care of a small child.

How did your work/life balance change when you came back to the agency world when I was a teenager?

It was great. Changes like that mean you come back fresh and much less biased. The ropes and mechanics don't change much, but a new team member coming from "unknown horizons" was an asset, and I needed it. The crew in Los Angeles were happy to have me, and while we did good work, you went ahead prepping for your college years. 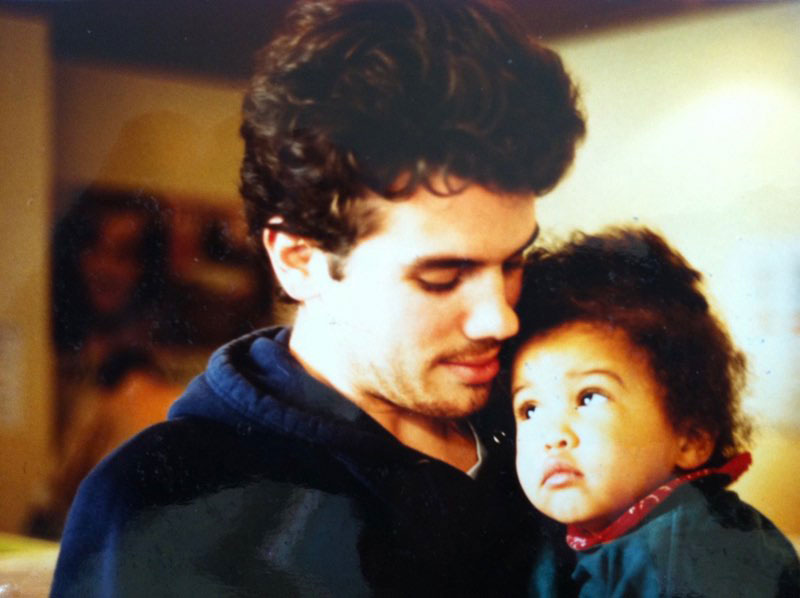 What are your fondest memories of balancing work and a child?

Literally balancing you on my waist while tending to normal ad office life.

What are your least favorite memories of balancing work and a child?

Sometimes it could be challenging for some clients to deal with squeaky sounds while in meetings, but honestly you were not a challenge. At times when the nights became long and deadlines hit hard, that was a bit tough. I might or might not have made "camping beds" at the office for you when you were very little.

How does it feel having a daughter in advertising now?

It feels amazing to have a daughter who is happy to be in the field that she loves, and I feel you are. ... Also, it's fun as a parent to understand what you are talking about, as many parents know very little of their children's careers, so I'm blessed.

What things do you think advertising agencies need to do to better accommodate families and single parents?

I have not run into situations where employers were not understanding of families. Agency work can be intense and taxing at times. Everyone needs to find a balance, but it's doable. It can even be an asset, but if it becomes a hindrance, someone needs to make a change. Some agencies are more family-oriented than others, and I've found that's usually because the leaders of those agencies are very family-focused themselves. I don't think there's one answer. I think each parent needs to find their sweet spot.

If you could pick one life lesson learned in your years in the industry, what would that be?

Don't become arrogant. Don't believe yourself when your ego tells you that you are an amazing rock star. You have a very cool job, it's part of a complex process—you deliver one bit of that process, you are no god. If your client has cooler products, you will inevitably come up with pleasing results. The hard part is when you work on tough assignments, when the products are anything but sexy.

What are you up to now?

After you graduated from high school and went off to college, I went back to freelancing, traveled a lot and lived around the world: Dubai, Dominican Republic and Mexico. Now I'm settled in Puerto Vallarta, Mexico, working remotely for clients all over, creating identities and integrated campaigns. I enjoy working with smaller clients, where I can realistically assess the positive results or damage of my interferences. I do it looking at you from afar, from the corner of my eye, proud. 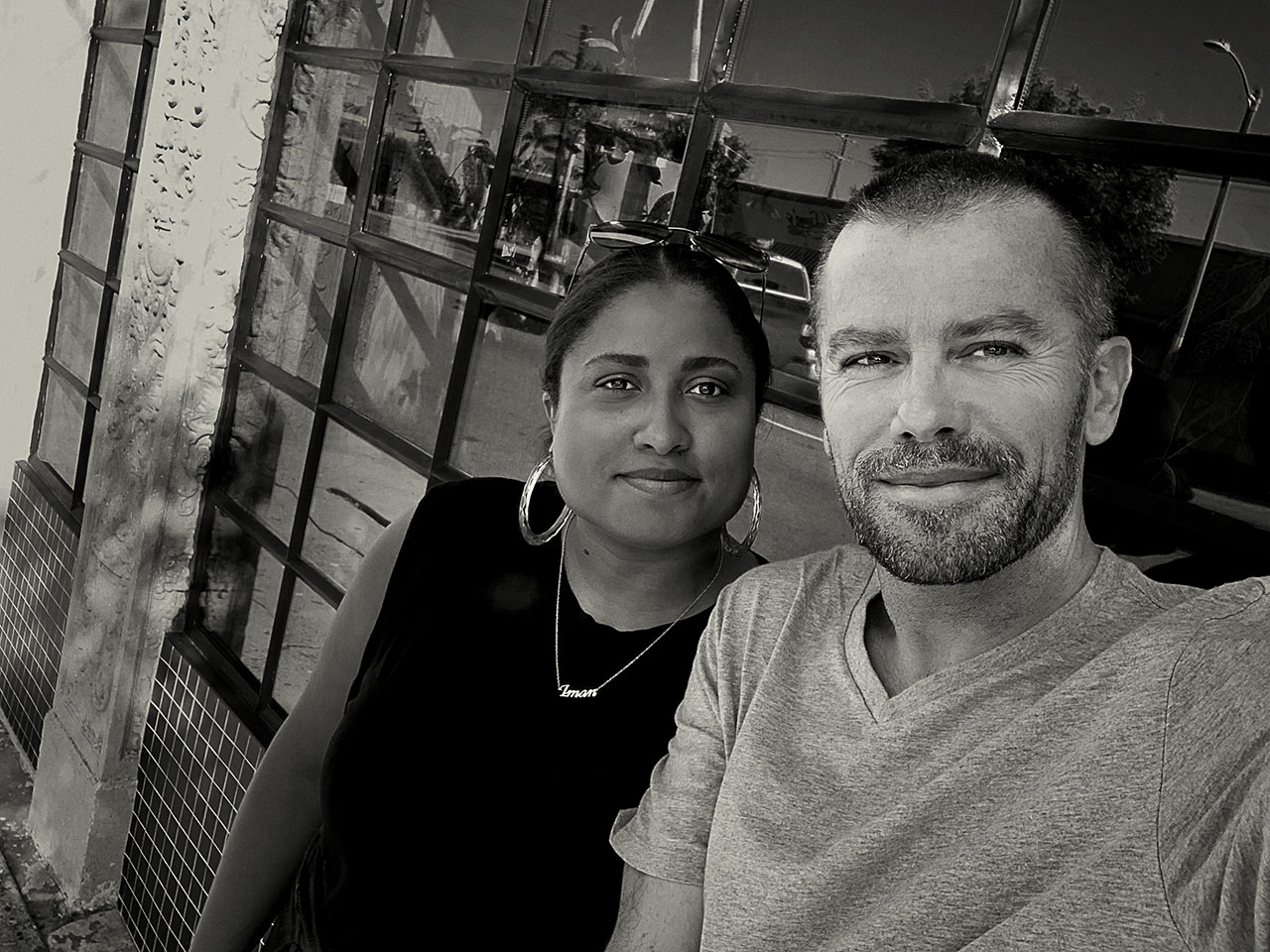 The author and her father today

Tags
The Many
Work/Life 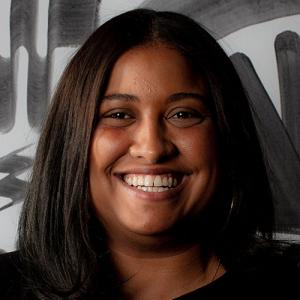 Iman Forde
Iman Forde is director of project management at The Many (the agency formerly known as Mistress).
More from Iman Forde