The Game of Thrones Characters in Every Ad Agency

Which one are you? I know who I'd want to be

Like any epic TV drama, ad agencies have many characters who are constantly creating, cultivating, revising and promoting their personal brands. To highlight this, let's use a plucky little show you've probably never heard of, but is gaining popularity lately on an underdog "cable television" network known as Home Box Office, aka HBO.

So, which GOT characters are roaming the halls of your agency? (Spoilers ahead, obviously.)

The Kings and Queens 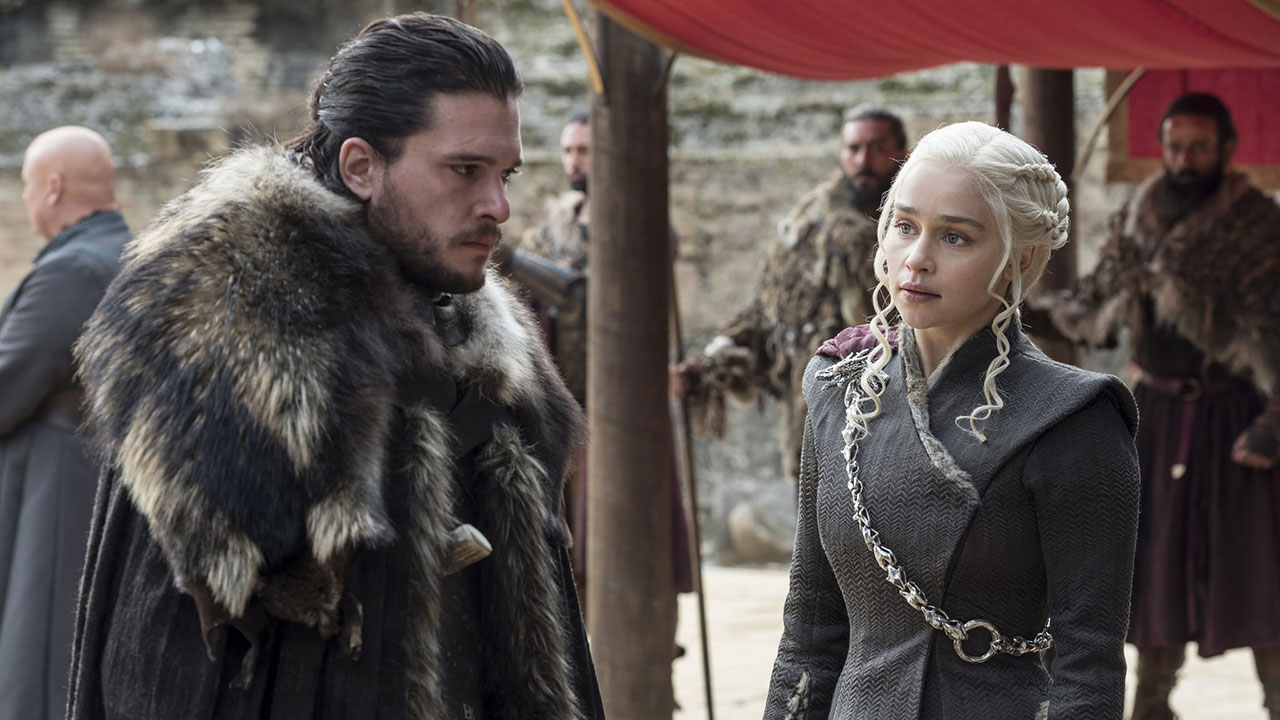 Leaders who, even when they have to do something difficult, do it for the right reasons. And everyone respects them for it. I mean, we actually understood why Jon didn't help Sam when Sam was squirming on his back like a flipped turtle, fighting Wights and shrieking for help. Jon had a mission for the greater good.

The Faux Kings and Queens 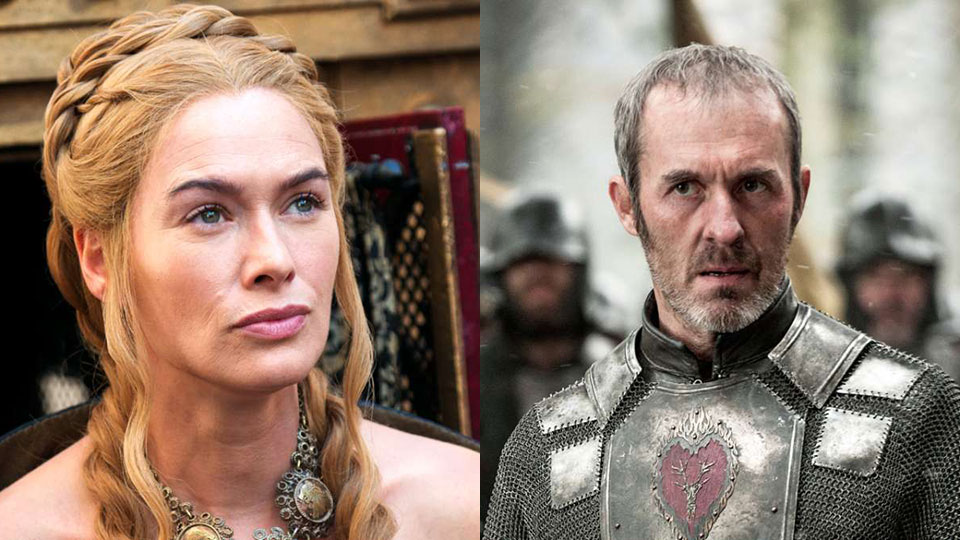 The agency leaders—sometimes same titles as above—who fancy themselves admirable but are too un-self-aware to realize they lack, like, the admirable parts. They think leaders eat first. Believe they're leaders by birthright, not behavior, and have ascended due to either dumb luck or crossing lines the first group never would.

Like Cersei Lannister, Stannis Baratheon, Balon Greyjoy, Euron Greyjoy, Viserys "awesome death by molten gold dumped on head" Targaryen, and the literally and figuratively holier-than-thou High Sparrow. Luckily, over the years, I've worked for far more legit "royalty" than not, but their existence can neuter the good for which the real Kings and Queens strive. Basically, while some might maddeningly thrive, one hopes they'll ultimately end up on Arya's Kill List. 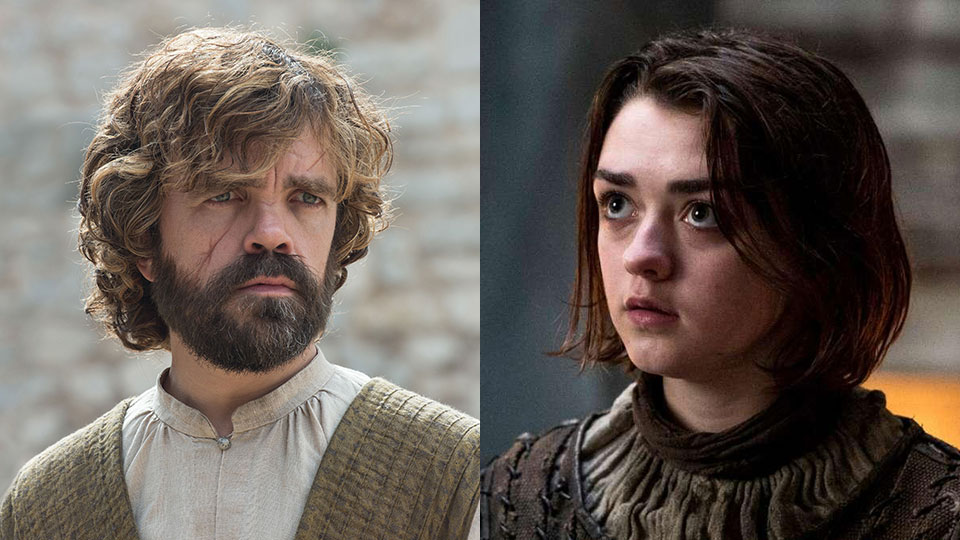 The stealthy, brilliant, one-move-ahead'ers—often found among agency leadership, strategists/planners, social experts, creative technologists, some account people and creatives of all levels. They can read even the most complex people like Bazooka Joe comics. They think before acting. Listen before talking.

These are your Tyrion Lannister, Arya Stark, Olenna Tyrell, Lord Varys, and even Jaime Lannister and Margaery Tyrell in their better moments. Jaime may be the public, charismatic "face" of Westeros—like a lot of agency new-business people—but there's a conscience and soul under that strong jaw. Despite the, you know, incest and boy-throwing-out-of-towers stuff. 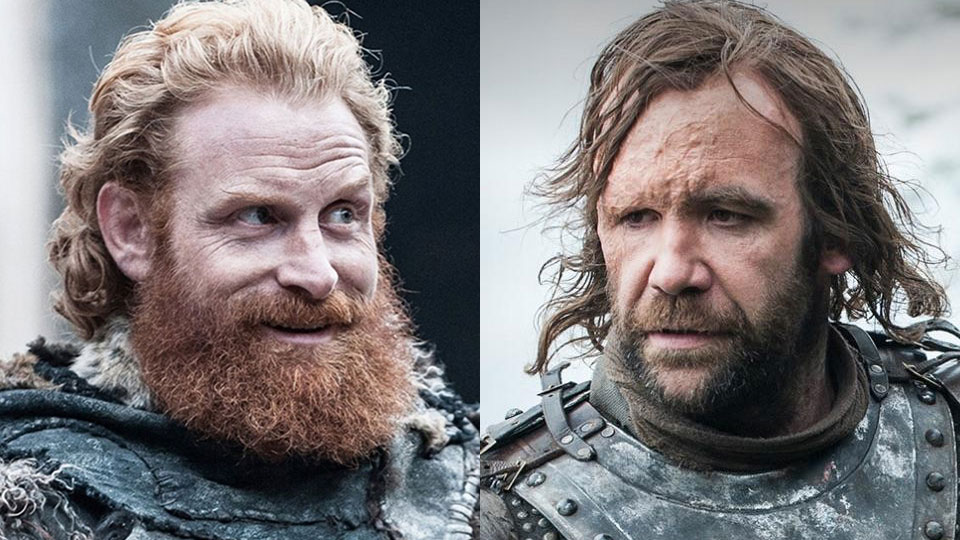 The loosey-goosey heart, soul and humor of your agency—stereotypically in the creative department, since that's traditionally the "loosest" gang, but really anyone under 35, often without kids, who's not worried about being assassinated by crossbow while sitting on the, um, "throne."

They bop through work and life like big, ginger beardo Tormund, Bronn the "sellsword," Tyrion (during his boozy brothel days), Ser Davos, Euron (an arrogant dick, but a funny one), Oberyn Martell (swashbuckling swordsman whose skull the Mountain hand-crushed), etc. And while he's gloomier than Trent Reznor at an Ingmar Bergman film festival, who doesn't love the Hound? 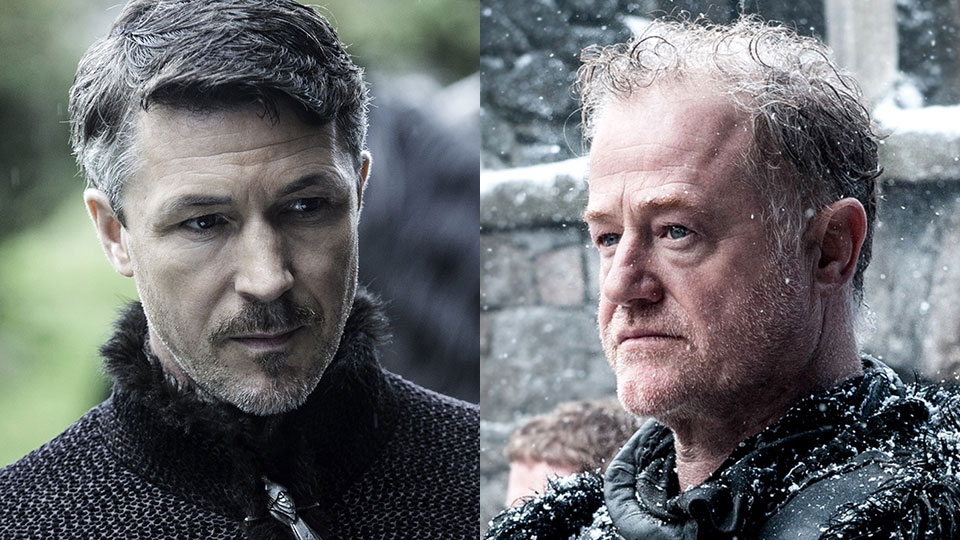 The bad yang to the Tacticians' yin. Those schemers and politicians roaming the halls politicking, puppeteering and influence-peddling. The more nefarious, less successful version of the faux-royalty.

Petyr "Littlefinger" Baelish, Alliser "Night's Watch/Jimmy Page lookalike who betrays Jon Snow" Thorne; and maybe the worst, Craster, the low-rent "lord" North of the Wall who raped/impregnated his own daughters and sacrificed their sons. Insecure. Paranoid. Always exuding false leadership, "hustle" or camaraderie. Ghosting when needed most. Hellbent on preserving their insular, self-imagined power, slapping you on the back while plunging their ulterior motives between your shoulder blades like a Valyrian steel dagger.

Every morning they reluctantly look in the bathroom mirror wondering which of their "many faces" they'll pluck off the shelf and slap on that day. Who they'll pretend to be besides the empty husk they truly are. Still, they usually "fail up" and land' in the C-suite ... at another agency. Thank gods. 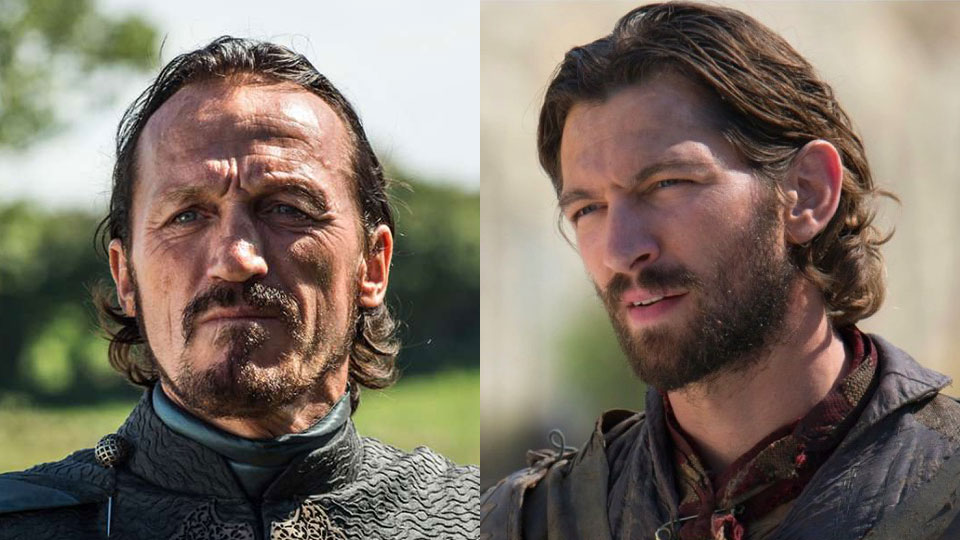 Speaking of sellswords, these are your freelancers. The second-most joyful bunch behind the Court Jesters. Have you ever seen an unhappy freelancer? They usually get their day rate. They're thrilled to be working at all. They're experienced, needed and trusted. And best of all, they don't have to get mired in the political bullshit between Lannister, Stark, Tyrell or any of the other bickering agency houses. For the right price, these Bronns, Daarios and Jorahs (formerly) will happily murder any creative brief you put in front of them ... for the right price. 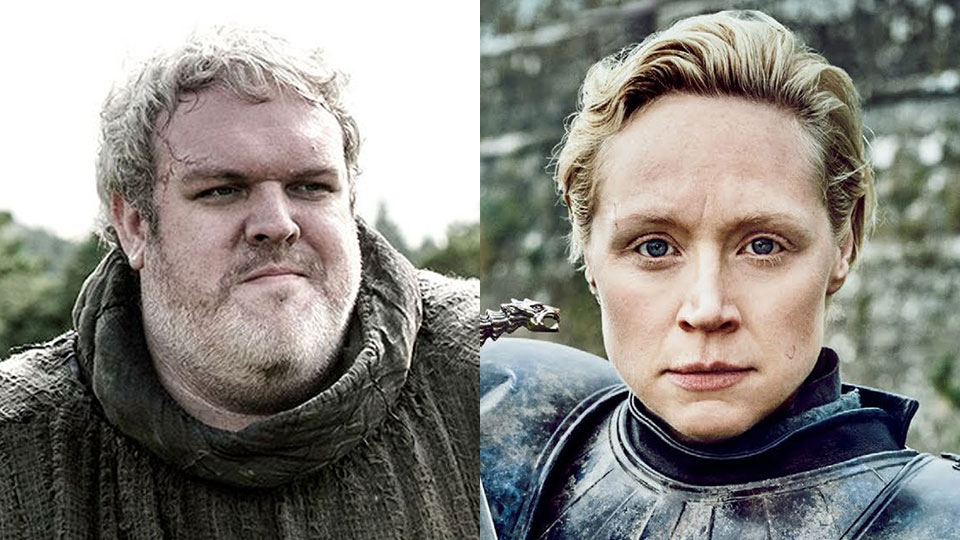 Those unassuming, oft-overlooked but crucial agency team players—usually producers, midlevel creatives, admins, studio folks, designers, midlevel strategists and creatives, business affairs, recruiters. While they might have ambition, they just lean in, keep their heads down, lift everyone.

Like Hodor, Missandei, Grey Worm, Ser Brienne of Tarth, Jorah, Gendry, Podrick. Characters who sometimes raise a ruckus, but usually for good, not evil—e.g., Brienne beating the Hound's ass; Gendry sleeping with sweet-yet-lethal Arya on the eve of the snowpocalypse ... all on Arya's terms; Jorah defending Khaleesi to the death; Hodor "hodor'ing" the door and saving Bran and, you know, the ENTIRE WORLD. So treat these rocks with a surprise coffee run sometime. Randomly hug them. They deserve that and more. 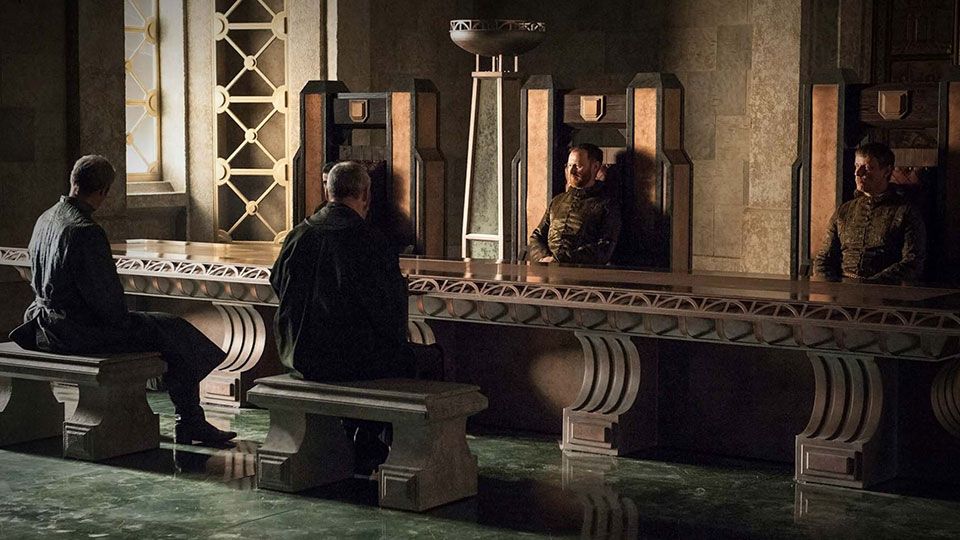 CFOs and holding company overlords who, let's face it, hold the true power in the Seven Kingdoms. They're the Iron Bank of Braavos. As Tywin Lannister said, "The Iron Bank is a temple. We all live its shadow, and almost none of us know it. If you owe them money and don't want to crumble yourself, you pay it back."

They could also be Jaqen H'ghar, the shape-shifting Faceless Men assassin (and Arya mentor) devoted to the many-faced god of death: aka, in advertising circles, layoffs. But more than anyone, they know that ad agencies aren't charities or playhouses—they're businesses. And they bear that burden every day.

So cut 'em some slack. And don't cross them, or they just might cut you off and finance your Stannis Baratheon-esque rival—i.e., another network agency. (And is it a coincidence that there are seven kingdoms AND seven big holding companies: IPG, WPP, Havas, MDC, Omnicom, Dentsu and—time to admit it—Accenture? Methinks not.) 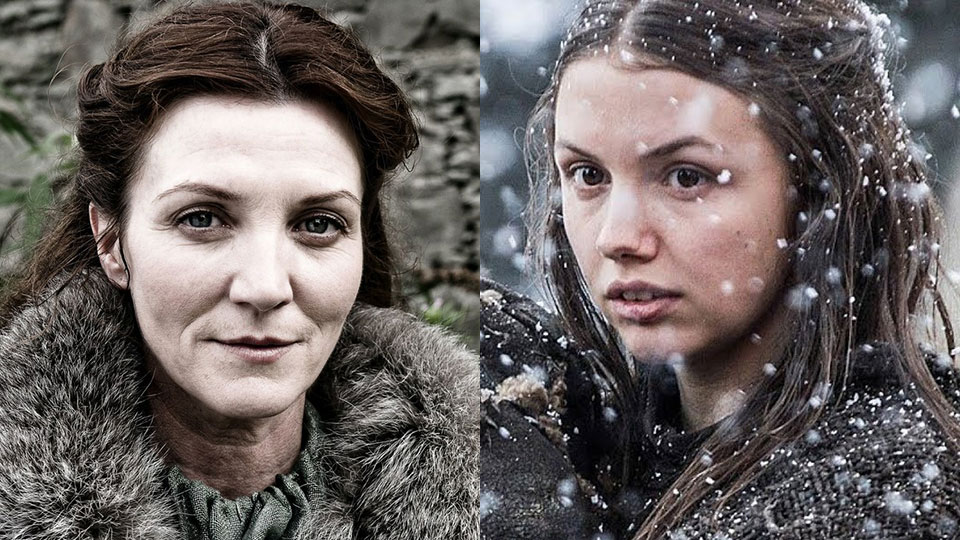 So don't let the fact that one GOT mother, Melisandre, gave birth to actual, literal evil in the form of a shadow scare you away from HR. They'll usually listen. 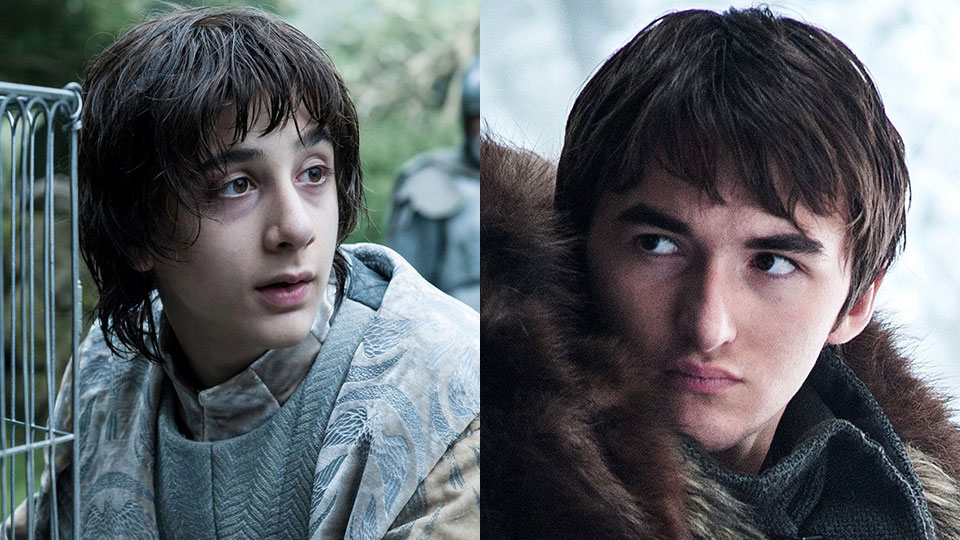 This is usually IT; coders and dev folks; editors; creative technologists; some creatives. Folks who are usually kind and helpful in a mad-scientist kinda way, versus repellent, creepy weird like Robin "I breast-fed wayyyy too long" Arryn, Olly (the ungrateful little Night's Watch shit who betrayed and stabbed Jon Snow to NOT-DEATH), the Waif (smug, sourpuss-asshole acolyte of the Faceless Men who got her kicks beating on Arya in Braavos), and of course, creepmaster-in-chief Bran Stark. These "good" nerds lurk on the margins of your agency and work hard, so head out to the Weirwood Tree and have lunch with them sometime. 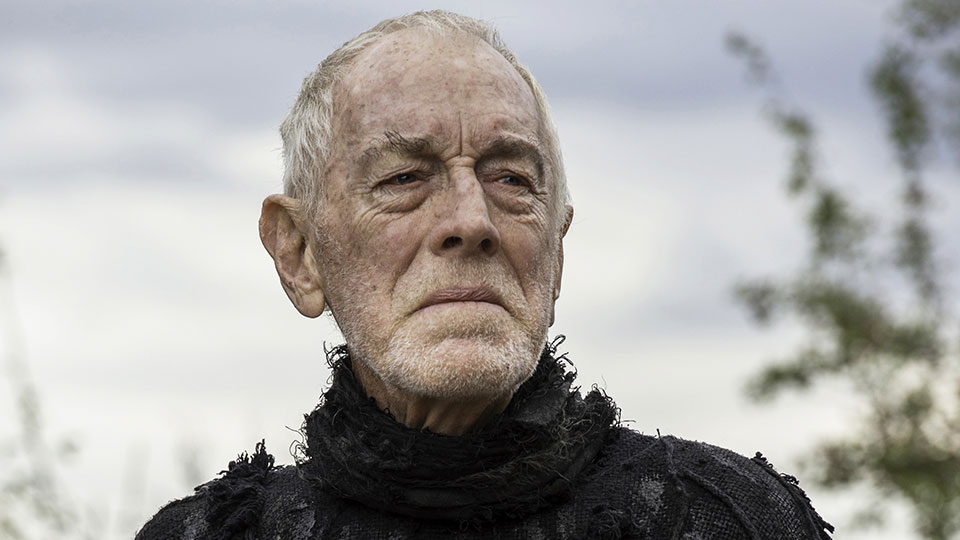 Every project manager ... because every PM is a Three-Eyed Raven. No explanation necessary. 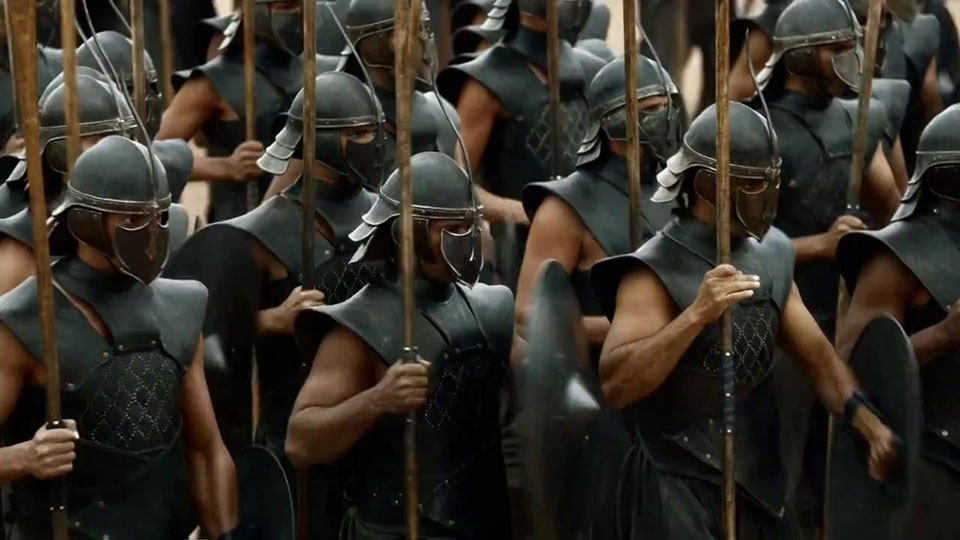 The great, mobilized masses. In GOT, it's the Unsullied, the Dothraki, every soldier in every royal army;,even the undead Wights. In advertising, it usually means everyone who ISN'T in either the King/Queen group or doesn't have their name on the door.

With proper guidance/inspiration, we so-called replaceable parts can rise up the ranks (see "Worm, Grey") and become leaders. But we're just as likely to lurch into a burning trench and impale ourselves on giant wooden spikes for the greater good. And then we'll do it again. But that's OK. Even on a bad day, advertising beats digging the trenches. Easy to forget that. 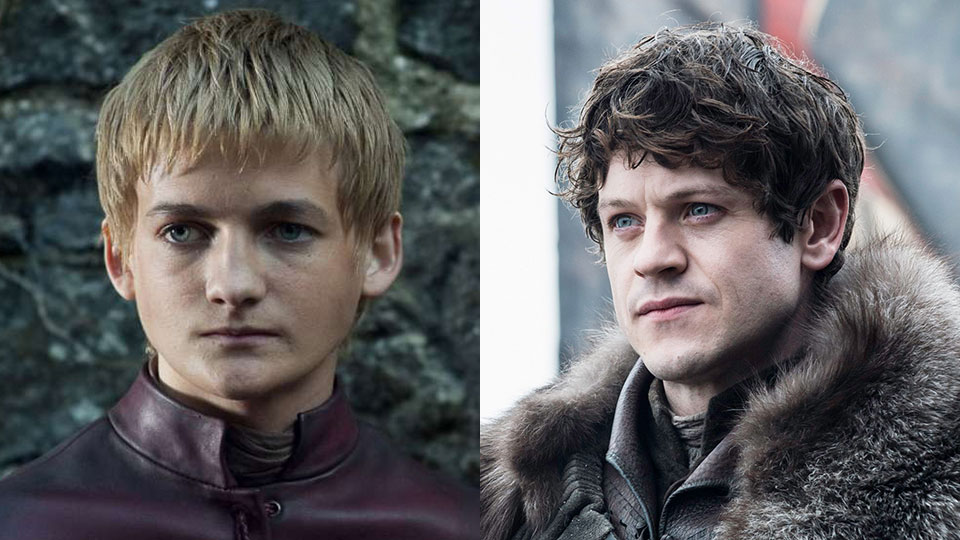 How do you spot them? Just listen for the sobbing or shrieking in HR. Or, to paraphrase the old adage about spotting the sucker at a poker table: Look around your agency, and if you can't tell who the sociopath is—it's you.

So, OK, which GOT character am I at my agency? Well, I hope that in 25-plus agency years, I've managed to demonstrate scraps of the more admirable traits.

But of all the show's 553 (!) listed cast members, shocking as this might sound, there's one above all whom I'd like to emulate here on out. 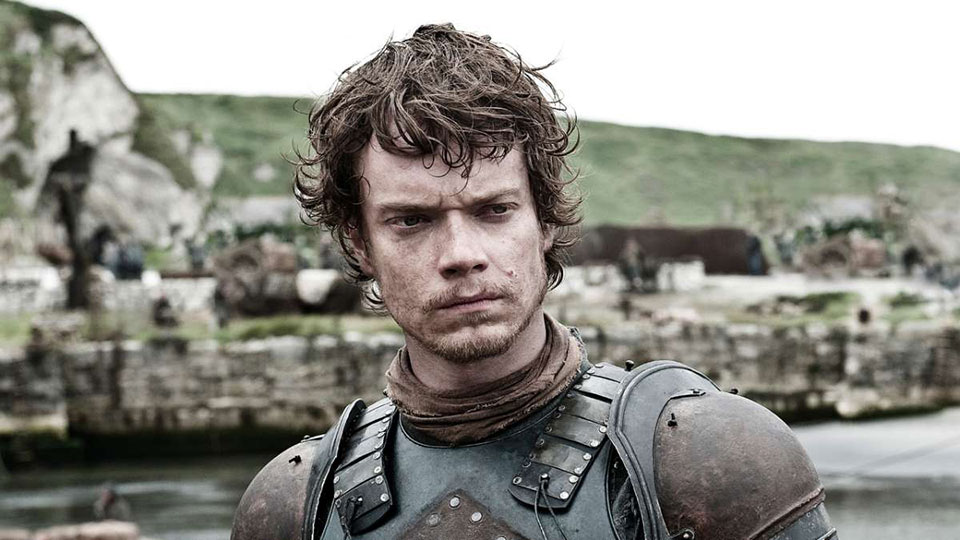 For all his faults, Theon's not afraid to admit when he's afraid. And seasoned or rookie, all of us are sometimes afraid in advertising—before pitches and presos, when layoffs are looming, when we get older, when clients reduce fees. He's flawed. Has made mistakes—betrayal of the Stark family, trying to murder Bran and Rickon, burning to death two innocent farm children to cover his own failures; etc. Which is why he somewhat "deserved" Ramsay reducing him to the mindless, PTSD-ridden servant "Reek" and spaying him like a cocker spaniel.

Like many of you, I've committed Theon-ish gaffes in my career. Not burning children at the stake-gaffes—nothing to get outright fired—but we all have regrets. Heated words we'd unsay. Actions we'd undo. Decisions we'd undecide. Anyone in your agency who a) exhibits only the bad Theon traits and yet b) stubbornly refuses to admit it, or to try like hell to change, should be Dragon-BBQ'd like Randyll and Dickon Tarly.

I gravitate to Theon because right up until his demise we slowly saw other, more dominant parts of his character emerge. Humility, self-awareness, atonement, even heroic strength. He was soundly trounced by his many misdeeds. But motivated by his failures. Perceptive enough to admit flaws. Strong enough to embrace and charge right into them to redeem himself. Like all classic HBO antiheroes—Tony Soprano, Omar Little, Selina Meyer, Barry, Al Swearingen, Samantha Jones, Barbara Henrickson, Nucky Thompson, even Larry David—he's a contradiction. One adjective isn't the sum total of his life and character.

Because on Theon Redemption Tour '19 he also saves Sansa from sadistic Ramsay. He realizes sister Yara, despite being "just a girl" in GOT's world, is a far more worthy heir to the Iron Islands than he, and tries to help her seize that (non-)birthright ... and he ultimately, bravely rescues her from nutjob Uncle Euron.

Bravest of all, he willingly returns to the North—site of his biggest regrets—putting himself into the single worst location possible, the Great Hall of Winterfell, packed with enemies seething hatred, and contritely re-pledges his loyalty to Sansa and House Stark. Proving even the most broken among us can, if given a chance, fix themselves.

But most telling of all, he willingly stood alone and exposed in front of Bran, knowing he'd die. Protecting Bran from the Night King's onslaught as long as humanly possible. Which, in turn, gave Arya time to slither through the darkness and, ultimately, shank the N.K. and eviscerate the Wight army.

When Theon was needed most, he stepped up. Fended off problems so others could forge on, succeed, live, survive the night, see the sun again. When he faced his biggest fears—examining the horror show of his character and past mistakes—he didn't flinch. Didn't cower and wish it all away. He charged his worst self head-on with a savage war cry, wielding a Dragonglass-tipped spear. (In my case, I'd wield a Macbook Pro.)

Why Theon? Because to me, of all the characters in the entire show, he is the single most human.

So whenever I walk out of my last agency, be that 10 days or 10 years from now, I'd just like someone to see me like Theon, warts and all. Reliable when it counted. Humbled by failures. Passionate about this business in (mostly) the right ways. Hopeful but realistic. Loyal, but not blindly. Imperfect but perfectly aware of what he needs to change.

And then, I hope I hear a version of the last words Bran said to Theon: