After New York, Finding an Advertising Life in Albuquerque

A second act in the little city that could

It was 1981 when my former wife and I pulled up stakes from Manhattan and headed west—well, southwest. Not an obvious move for a young couple with budding careers as creatives. Madison Avenue was the center of the universe then, and the idea that success that meant anything could be found anywhere outside its cluttered offices was not yet "a thing."

It wasn't fearless pioneerism that motivated our decision to leave NYC as much as it was the cliché question, "Is this it?" that nagged at us as we made our way through the horns and histrionics of the city each day. We wanted to create, and reveled in bringing projects to life, but we couldn't escape the feeling that New York was taking more energy from us than it was giving back. Admittedly, we loved the city at night. We were regularly out until dawn, saying yes to all it had to offer, a habit that made sunlight and noise our enemies and focusing from 9 to 5 difficult.

A medium sent us packing. A casting director I worked for had a clairvoyant visit his office. Hey, perks were different back then. She told me that she saw us leaving the city, but left out where she saw us going. So, like proper impulsive young people, we got out a map. I closed my eyes and pointed. Hello, Embudo, New Mexico.

The stark contrast between New York City and Embudo, New Mexico, is likely easily imagined even by someone who has never been to either place. One, closed-in and crowded, reverberates incessantly with man-made noise, leaves little room to spot the sky. The other, expansive and populated by less than 500 people even now, is abundant with light, natural sounds and a seemingly infinite sky.

For a time, we lived in the trailer we had driven cross country. Looking out its windows at the rocky, brown, brushy landscape (so foreign it might as well have been Mars), I found myself unexpectedly serene. New York had been adrenaline 24/7, and there I was in northern New Mexico, watching hawks circle and wondering about rattlesnakes. Culture shock, for sure, but a welcome one. Minus career-obsessed peers, blaring traffic, trendy nightclubs and deadly hangovers, I was no longer distracted from myself.

Self-reflection is useful only if you eventually reach some conclusions and make changes based on new insights. Otherwise, it's just self-obsession. We stayed in that trailer in contemplation mode for several months, finally concluding that even in the desert, one needs money. So, we headed south to Santa Fe—a megalopolis compared to Embudo—to see what might be next.

In Santa Fe, I sought out consulting gigs with local and regional businesses. My wife was a talented photographer, and as a team, we soon won assignments. After some time, the principals of Vaughn Wedeen Creative, a thriving Albuquerque firm, approached me with an opportunity to work with them. I accepted, moved to Albuquerque, and shortly after was made a partner. After many successful years as Vaughn Wedeen Kuhn, my mentor and friend Rick Vaughn passed away, and I opened RK Venture in 2014.

Albuquerque tends to get short shrift from those under the spell of Santa Fe and Taos, the two places that almost certainly come to mind for most when New Mexico comes up in conversation. Of course, there is also Roswell for the alien obsessed. Granted, Albuquerque is less quaint than those places. Still, if it lacks preciousness, it makes up for it with an abundance of color and energy—two qualities that, along with a low cost of living and a marvelous mix of Native American, Mexican, Spanish and Anglo cultures, attract a special breed of creative individuals. People who understand that crowded cities don't have a lock on culture, ideas, opportunity and talent.

I fell for it right away. To me, it has always been a place of promise, the little city that could. There is a pioneer vibe here. Towering signs advertising long-gone motor courts dot the corridor that was Route 66, monuments to the road-trip era of the early 20th century. The Sandia Mountains, the city's backdrop to the east, turn purple at sunset. As I drive toward them each night, I have enormous gratitude for the spacious wild west, and for this unconventional city that surprised me with an incredible life. 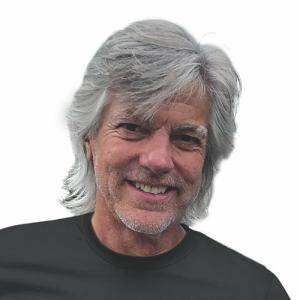