5 Ways Parents Can Successfully Transition Back to Work

Like any major life event, parenting changes people in fundamental ways. Studies prove that biochemical reactions change women's brains after they become mothers. Regions associated with emotional regulation and empathy grow. And according to one researcher, "in animals and humans during the postpartum period, there's an enormous desire to take care of their own child." Similar changes occur in men involved in caregiving.

That explains why both men and women approach work differently once they become parents. Working long hours regularly can cause home life to become strained. Business trips, once a welcomed adventure, now bring about homesickness—plus the stress of finding childcare while you're away. Ambition doesn't wane at all after becoming a parent, but mastering all of the pieces of one's life does become the priority.

At least, that's how it goes for most people. A Wall Street Journal analysis of successful female executives with kids found a surprising number were able to successfully integrate work with their home life, making time for self-care, children and their spouse. Contrary to the stereotype, not all parents are sleep-deprived, frazzled and unfulfilled.

At our company, we know that parenting prompts a dramatic shift in mind-set and behavior, so last year we initiated a program and support group to smooth the transition back to work. After talking to back-to-work parents during this time, I identified five ways to ease the "return to work" transition:

1. Have a conversation with your manager

It often seems that the onus is on parents to set the parameters between work and home, but managers have a stake in seeing their employees succeed. In many cases, returning parents need to talk to their managers about what's changed and how they can best do their jobs. In order for parents to be successful, the company and leadership need to be set up to accommodate working parents. For example, companies should make a point of celebrating a parent's success, both personally and professionally, so they become positive points of reference in the organization.

In many industrialized countries such as the U.K., women get a whole year of maternity leave. In the U.S., employers aren't compelled to offer any time off for new parents. Regardless of the length of time away, employees with kids need some time to figure out their new routine. Employers should realize that their returning workers aren't going to hit the ground running and will need time to adjust.

3. If you can, pay for help around the house

Those executive women profiled by the Wall Street Journal spent an average of 10 hours a week doing household chores or errands. The average for a working woman is 19 hours. Those nine hours can make a critical difference, which could make paying for house cleaning and meal prep worth it. Grocery shopping online, while more expensive than the old-fashioned way, can also be a time saver.

Executives routinely overestimate the hours they work. But returning parents often find that there's no glory in staying at your desk after hours. Parkinson's law states that work expands to fill the time available. More and more employers are finding that holds true in the digital age. At Basecamp, for instance, workers are held to 40-hour weeks during most of the year and 32-hour weeks during the summer. Fewer hours doesn't have to mean less work: When New Zealand firm Perpetual Guardian limited workers to a four-day week, it found they got the same amount of work done.

New parenthood can feel isolating, and adjusting to life as a working parent and juggling all the demands on your time can add to the loneliness. It can be helpful to connect with other parents and remember that you are not alone. Parents love sharing their own war stories and resources, so ask around if you don't know any other parents in your organization. Sometimes a vent session over an afternoon caffeine fix is just what the doctor ordered.

Providing children with a stable presence is crucial, and establishing that presence while working a full-time job isn't easy.

Employers can do their part by understanding the pressures that new parents face and providing them with the support to handle both their work and home lives. Workers, meanwhile, would benefit from thinking hard about the trade-offs they're accepting and the realistic pressures of juggling what amounts to two jobs. With a mindful approach, new parents can not just cope but thrive in many ways—including at work. 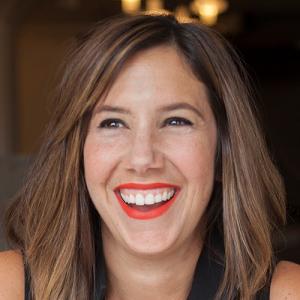