If Kraft's offer of free macaroni and cheese for life doesn't convince Raptors superstar Kawhi Leonard to stay in Toronto, we just don't know what will.

Maybe complimentary meals in perpetuity from hundreds of local eateries, gratis Uber rides and a multimillion-dollar penthouse from The Condo Store will persuade the man with the hot hand to return to The 6 once his current contract expires.

With the team just one win away from its first NBA title (Game 5 vs. Golden State takes place tonight), "Ka'Wine & Dine" signs—thousands of them—have popped up in restaurants and other businesses around Toronto, and as far afield as Switzerland and Hong Kong. Merchants can visit KawineAndDine.com and download the badges for free. 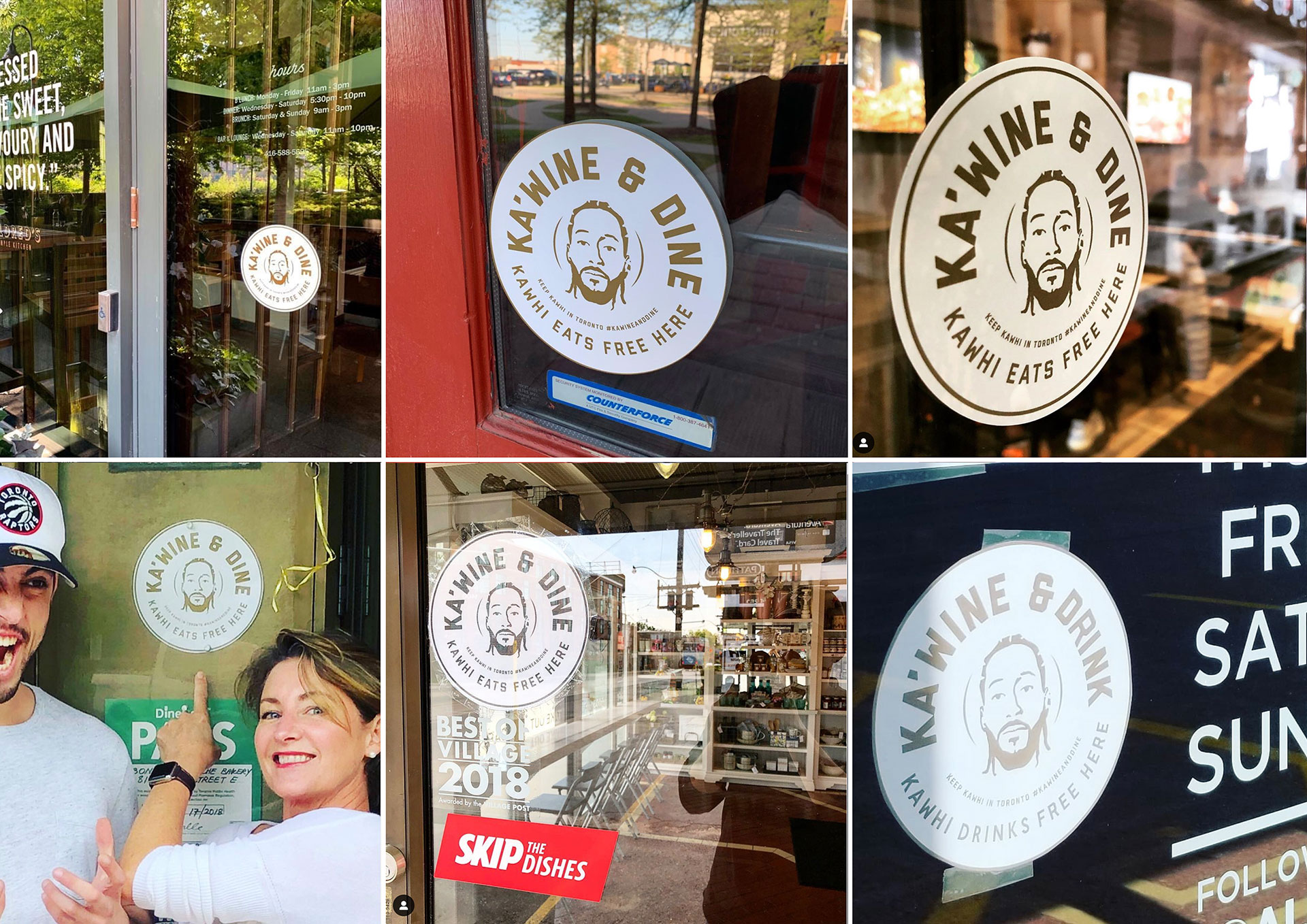 Media coverage of the campaign, devised by Rethink for fan site Raptors Republic, has been "staggering," with global attention generated on a budget of less than $1,000, according to agency partner and creative director Mike Dubrick.

"We'd actually batted around the Kawhi idea for a little while, but wanted to launch it at the right moment," he tells Muse. "When Kawhi hit that game-winning shot against Philly, it was a no-brainer."

Hugely popular since joining the team from the San Antonio Spurs as the season began, Leonard's buzzer-beater in a May 12 elimination playoff game against the 76ers—which bounced on the rim four times (!) before going in—cemented his status as a Toronto icon.

"When Kawhi was traded to Toronto, no one thought he'd re-sign—not the league, not the media, definitely not Vegas oddsmakers," Dubrick says. "He was considered a 'rental player.' So, our approach was to come up with something to create enough of a groundswell of support to convince him to stay. The name came first, then everything else naturally fell into place." 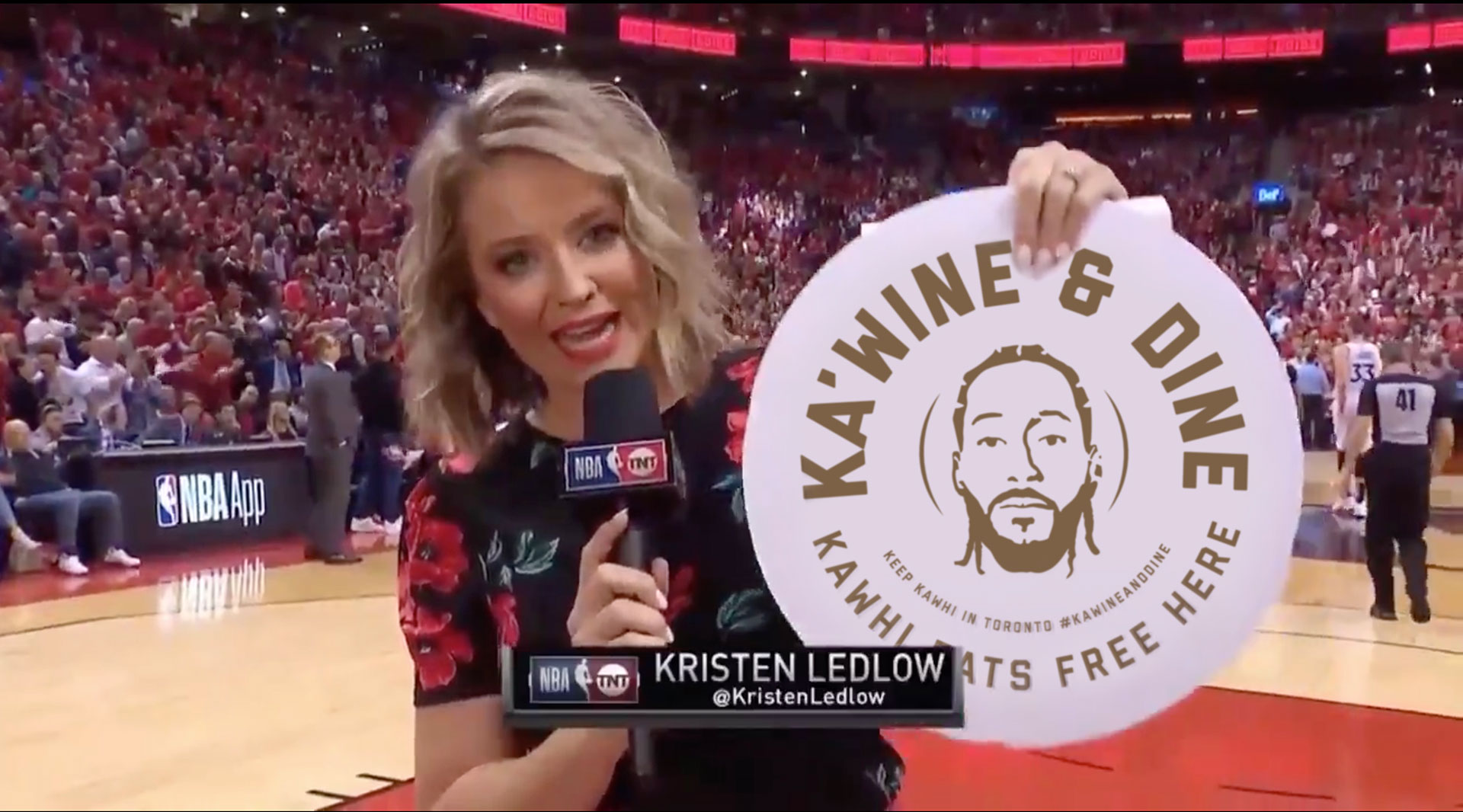 The agency started with just two restaurants and an earned media outreach strategy. "Now, the number of businesses that have taken part looks to be over 1,000 at this point," Dubrick says. "And since we launched the campaign, Vegas has actually changed their odds—now favoring him to stay in Toronto."

Leonard's been keeping things in perspective. Responding to a "Ka'Wine & Dine" question during a recent ESPN press conference, he said, "That's how fans are. Everyone out here they love, not just me."

Such humility "is a big reason why he's so beloved in Toronto," Dubrick says. "I guess we'll know his true reaction when free agency opens in July."

Oh, and if Leonard ever needs someone to look over a new Raptors contract (fingers crossed, T.O.!), he can consult with Beyond Law and several other Toronto firms that have offered him free legal services.