What Can a Planner Learn From Basketball?

Tips and tricks from a life on the court 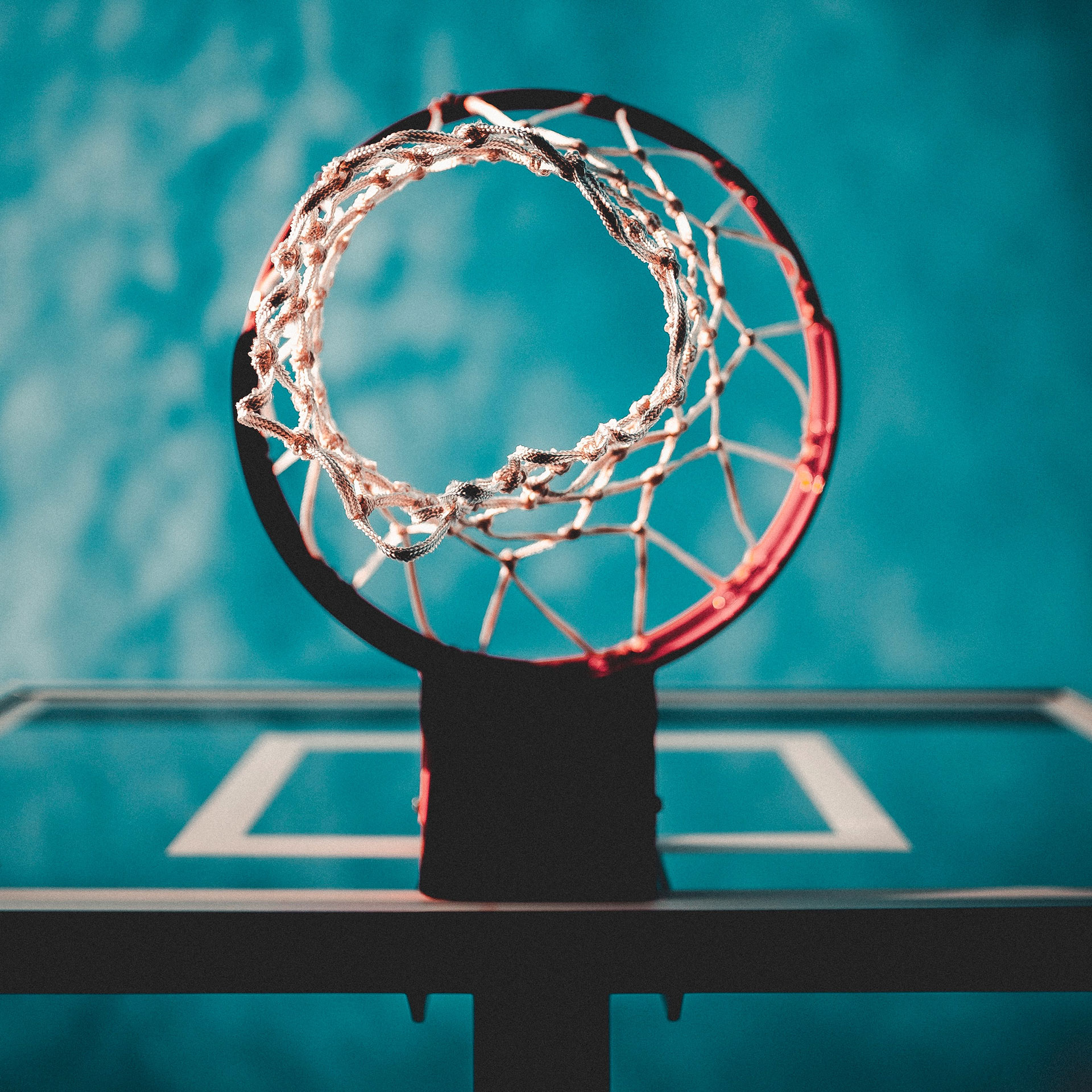 When I was a little kid, I used to be a pain in the ass to my parents, as I was a bit of a hyperactive trouble-maker.

One day, I was watching my brother's basketball training, and a whole future opened up. On the one hand, it was a medicine for my hyperactive nature. On the other, I could hardly have known this sport would be something I'd play for the rest of my life that would teach me all about our real, messy and sometimes chaotic world.

Truthfully, I'm young, maybe inexperienced in writing such a wisdom-driven point of view. But let my humble spirit share the most critical learnings coming from my 20 years of professional basketball experience.

I want to emphasize: This is not about telling you what to do. It is rather about helping you figure out what can work for you in your own "field."

If you want to change the game, you need to want the ball.

Pressure is a privilege. You should feel privileged that you worked hard enough to put yourself into the position of driving change as a player or planner. Nothing is worthwhile unless you take risks. Embrace and enjoy the chaos on the field, but never forget that if you would like to win, you have to make sacrifices for the benefit of all. We're human, and we're going to make mistakes or miss some entirely free shots at winning the game. Nevertheless, we should do what we believe in. Because it's better to lose by blowing shit up and knowing you were right than not having the courage and being a nodding puppy, right?

I remember my first basketball training. I was 6 years old, and I had to play against my older brother's teammates because nobody in town had a basketball team for my age group. I was under a lot of pressure as the weakest player, not to mention, nobody wanted me on their team. But I embraced my inner pressure and started to turn my weakness into an advantage to compete against the older guys. I changed my game by focusing on my three-point shooting skills, and somehow I became the guy who was immediately picked by the others. In the end, if you can't beat fear, just do it scared.

Do not be like Scottie Pippen against the New York Knicks in 1994.

As planners, our job is to make change happen from the shadows and help effective creative work reach the spotlight. That's something Scottie Pippen forgot when he refused to get back on the basketball court to help the Chicago Bulls win that infamous game against the Knicks. He didn't understand the importance of unselfishness when it came to the team, even though he was the most unselfish player in the Bulls' MJ era. When Pippen decided to sit out—because the coach gave Toni Kukoc the opportunity for the final shot—he told his team that it wasn't about just getting the win, but rather getting the win with him being the reason.

Don't get me wrong, I love and respect him and honestly believe he is one of the best players of all time. But please, do not be a dick, like I also was. At the age of 20, when my team played in the final of the national championship, I made the biggest mistake I could. I wanted to win the game so badly, in order to be in the spotlight for the upcoming national team preselection, that I forgot the whole point of this beautiful sport: No matter how good you are, putting the team first puts you in the light at the end of the day.

We lost the match by 20 points. And even though we got the silver medal, and I was on the all-star team of the tournament, I was not selected for the national team roster. I was devastated, but I learned for a lifetime that I can achieve extraordinary heights if I relentlessly support my team from the background. Our job is to create new opportunities to thrive with the help of creativity for our client's businesses, as a team.

Fail big, but never give up until the final whistle.

I lost some basketball championships in my home country, but I didn't quit and didn't fall back on something else. I believe in order to keep moving forward, you should get up. Again and again. You must fall forward and constantly challenge yourself every damn day. The championship is always long enough to be able to get on the top. Still, you should make as many mistakes as possible by being continuously diligent in fulfilling your potential.

On the basketball court, we have to make real-time decisions to get the most out of the game's different situations without having time to gain accurate knowledge. We have to be prudent because we have to trust our gut, our outsider view of the opposing team, and the time we have left to make changes on our terms during the game. Usually, we don't do what makes sense; we do what feels right. This is always an admirable opportunity, so we have to keep up and push ourselves till the end. Be passionate and obsessive about what you're doing. Switch on the Mamba mentality and be like Kobe Bryant was during his career. His work ethic is everything a planner needs to be successful. Every day, try to be a better version of yourself.

My old coach used to tell me: "Mr. Kormanyos, you were the laziest player I have ever seen. But the most determined one for sure when it came to motivating the team and putting in extra effort to change the worst circumstances during the game." I'm so thankful to him because he helped me understand the importance of keeping a hard-working attitude after failing. Indeed, nowadays, as a planner, I'm more than happy to fail if I know I did everything to put something valuable on the table which everybody at the agency believed in.

Culture is your library.

Culture, like basketball, never stops. I believe in cultural fluidity. It's not about where you are coming from anymore. It's about where you are going. It's about the ability to move seamlessly between cultures and subcultures. What does basketball have to do with culture? Let me tell you an example about how the Boston Celtics won the NBA championship in 2008 by using a cultural force.

Have you heard the expression "Ubuntu"? Doc Rivers was the coach who introduced this way of living from the Zulu culture. It means you learn from other human beings how to be human. A person is a person through other people. The better you are, the better I am. This philosophy was fully lived by the whole organization and helped the team achieve their full potential at the end of the season.

When I am playing pickup games on the street, I have the privilege to meet doctors, police officers, lawyers, university students, hairdressers, etc., thanks to the shared love of basketball culture. One culture has the power to unite different subcultures on and off the court. Culture is all around us. It defines who we are, what we do, how we act, etc., so it's time for everyone to explore it.

The hardest part of our job is to make things happen, just like in basketball when we are down 20 points at halftime of an important game. We might always have faith in our team and ourselves in such a bad situation. Why? Because we are the architects of change. We should get our hands dirty and dig as deep as we can to find surprising ways to solve problems and create real value for society. This part might sound like bullshit, but I am a firm believer that making a profit and creating value at the same time is possible.

Being a basketball player, the worst that can happen is not being able to put knowledge into practice. When we're out there on the court, sometimes we have to adapt to unexpected situations by making hard decisions, like entrepreneurs in real life. Just think about the challenge when you have a tied game and five seconds left. The coach gives you the right play, but something happens and you and your team need a real-time solution. These are the situations that help the most to be a better planner, because you always must think about the context and act as an entrepreneur to deliver real value. All you need is the entrepreneurial mindset to get out and experience culture and build things. We cannot let our fear take away the grandeur of unknown territories waiting to be explored, because that's how the magic happens.

So, what can I say at the end? Read a lot, analyze, pay attention, make mistakes, practice, go back to the office, relax, have fun, go out to the real world, experience the weirdness and surprises out there, practice again, take the hits. And eventually, you will win your championship! 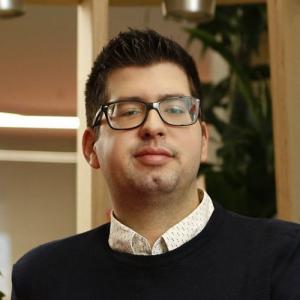