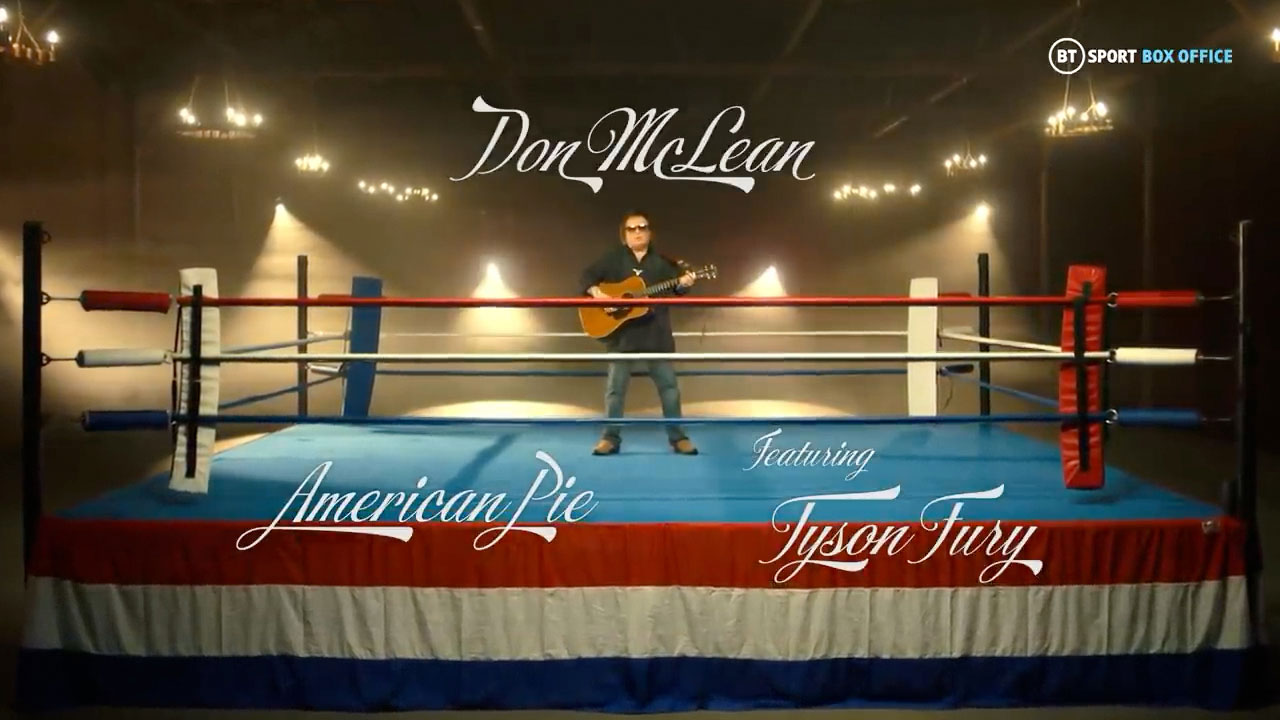 Thankfully, Don does most of the singing, with Fury joining on the chorus. The Gypsy King can't carry a tune. (But please don't tell him we said that!)

"American Pie" has enjoyed a renaissance tied to its 50th anniversary celebration last year, and McLean will launch a 35-date tour of Europe starting in September.

There's no word on whether Fury will join him on stage at some point, maybe during the tour's U.K. leg. It'd be ... knockout publicity! (Big-T's all about the music. A few years back, he contributed guest vocals to "Bad Sharon," a Christmas offering from Robbie Williams.)

The McLean-Fury "American Pie" will ring out at Wembley for some 95,000 fans on Saturday, providing an evocative (if geographically confused) preamble to the highly anticipated all-British world title fight.