Will it be Snoop, Kenny Smith … or you? 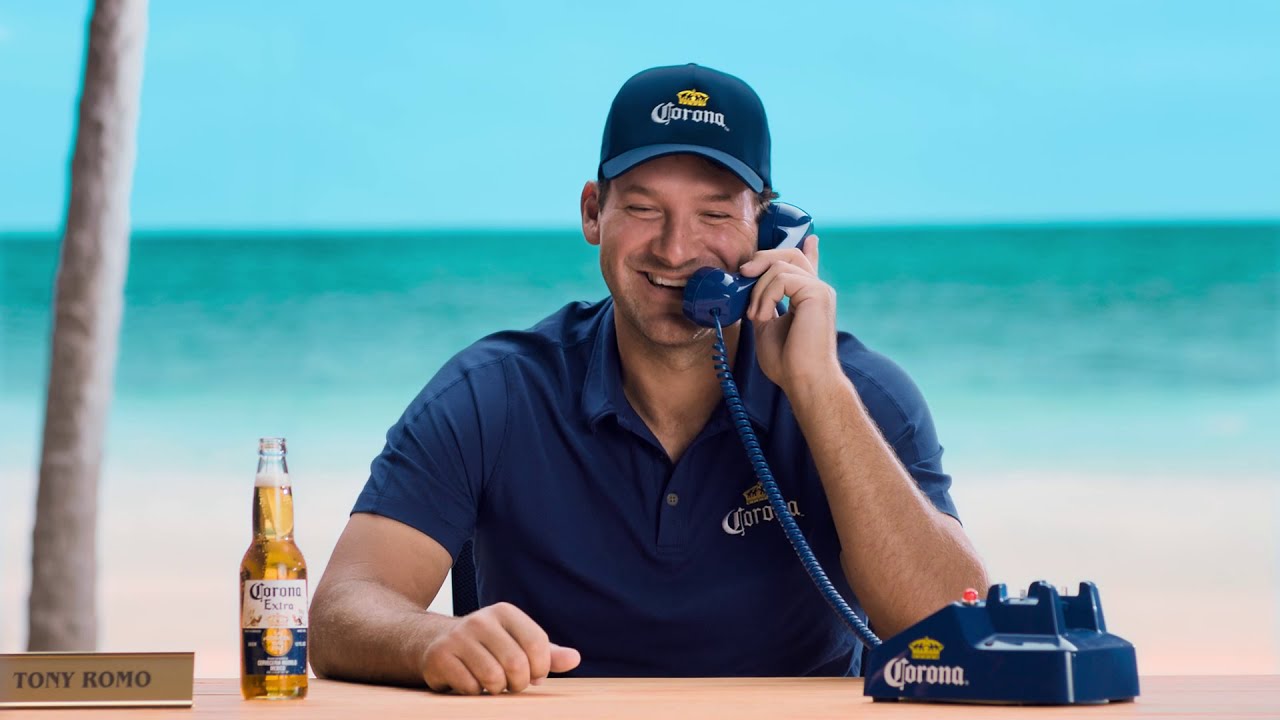 On Sunday, Tony Romo will supply sharp analysis and zippy quips as part of the team calling the Super Bowl from the CBS broadcast booth.

Clearly, he won't have time for one of his other regular gigs: supplying sharp analysis and zippy quips as the resident "operator" on Constellations Brands' Corona Football Hotline. So, he's seeking a "Romo Replacement" for the day.

That's the setup for a fun campaign from Cramer-Krasselt that invites fans to "audition" for the job, with celebrity Romo wannabes providing examples.

Here's a brief explainer with the man himself on the Corona beach set (where else?):

Snoop Dogg's a real howl in his Romo audition:

☎️Corona Snoopline☎️. Follow @CoronaExtraUSA and post your Corona Hotline video audition using #RomoReplacement for a chance to be featured on Corona’s social channels leading up to gameday. #Sponsored #For21+ pic.twitter.com/AiZgqKxgBi

Bow wow wow to you too, Snoop! (You can dig more Dogg on game day when Corona airs his "La Vida Mas Fina" commercial from last summer in markets such as New York, Atlanta, Boston, Chicago and Philadelphia.)

Guillermo from Jimmy Kimmel Live gets a tad off the hook:

Finally, Shaq suits up for his turn behind the desk:

"These were all a lot of fun to make," Corona vp of brand marketing Ann Legan tells Muse. "We did everything from Zoom shoots, to iPhone shoots, to remote productions. The best part was just seeing everyone's personality come out as they brought their own perspective to the role of Hotline operator."

In case you're wondering, fans won't really get a chance to replace Tony. This is purely a social activation, with the Corona Hotline currently unavailable. It returns in March with Smith at the helm for hoops season. (So on Super Bowl Sunday … DON'T CALL!)

"We kept the scripts really loose and got the best stuff out of everyone that way, including some bits that didn't make the cut—like Snoop singing," Legan says. "It was also quite the family affair—both Tony Romo and Kenny Smith's wives were a part of the camera crew and helped grab content using their iPhones."

She adds: "The Super Bowl, and everything around it, brings opportunities to reach new audiences" for the Hotline, a football fan favorite for the past four years (with basketball launching in 2020). "We think having someone like Snoop, the first non-pro-athlete to answer the hotline, broadens the reach. And asking people to audition and put themselves in the operator chair offers a chance to engage and have some fun."