These Print Ads, Hit Thousands of Times by a Ball, Warn of Soccer Concussions 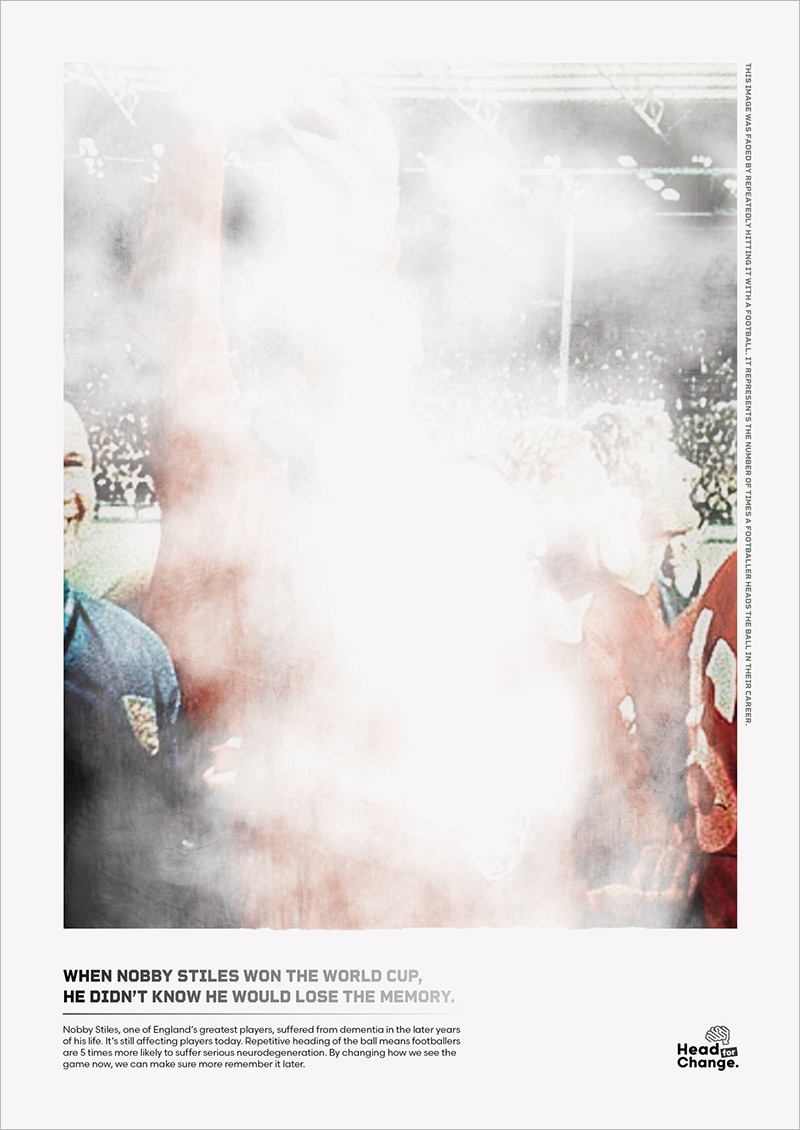 U.K. charity Head for Change has launched a print and social media campaign, timed to the World Cup, to highlight the correlation between playing soccer—in particular, heading the ball—and dementia.

A two-minute video, running on social media and created by Leith, reveals a sobering statistic—that soccer players are fives times more likely than average to develop dementia over the course of their lives, due to repeated heading of the ball.

Leith brought these stats to life using a soccer ball traveling 65 mph, the average speed a players heads a ball. The agency fired a soccer ball thousands of times at a series of iconic soccer photos to denote the average number of headers a player takes in their career. The vibrant, colorful, recognizable photos of Ferenc Puskás, Gerd Müller, Hilderaldo Bellini and Nobby Stiles faded, rendering them unrecognizable—and were then used as print ads.

"The images that we used are some of the most iconic in football, but whose heroes sadly died from dementia," says John McPartland, creative director of health at Leith. "We researched what would happen if we exposed them to the same force as a footballer heading over the course of a career, and we were able to visualize the impact effectively to create a powerful representation."

The images, running throughout the U.K., appear cloudy and blurry, with an explanation the only legible area.

"Because the issue is so sensitive, we wanted to ensure we approached it in the right way," McPartland tells Muse. "We spoke with various people and family members to get their approval and blessings. There are many ways in which players can adapt how they play which can reduce their risk. It starts with getting people to understand the long-term damage before it's too late."