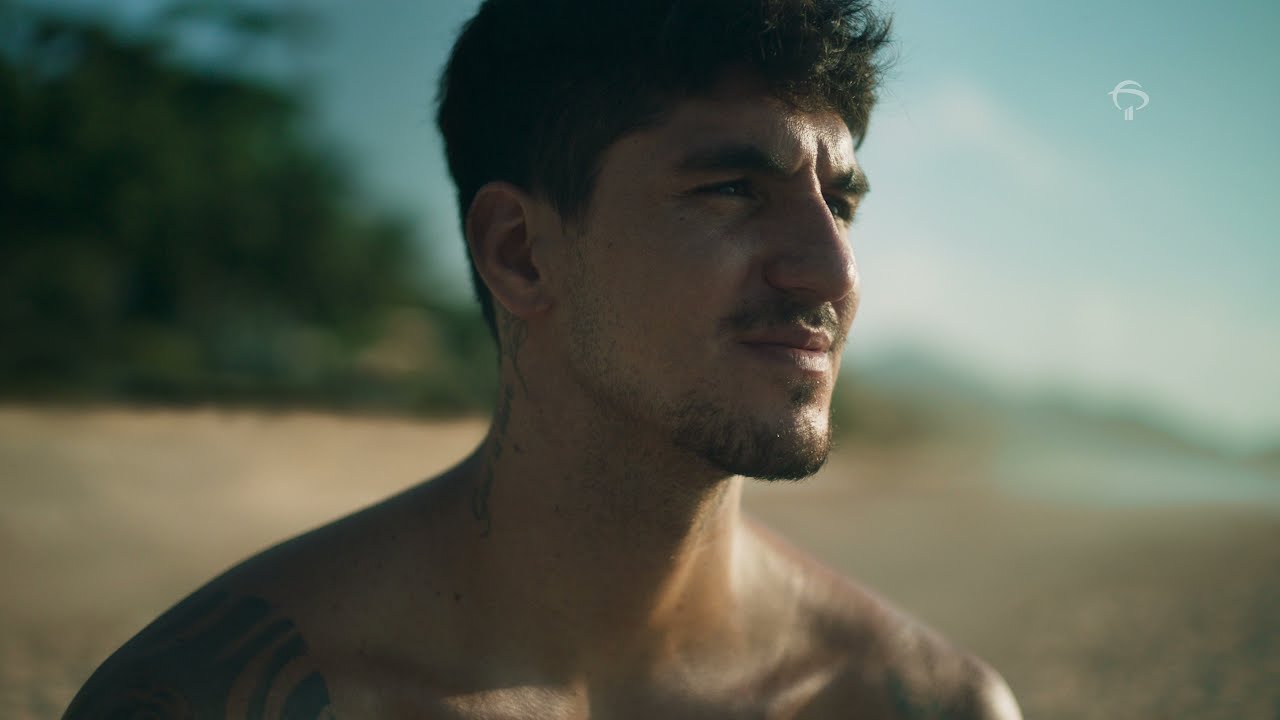 This Olympic season has been full of surprises … but we weren't expecting the awakening of an actual Olympian god.

Two-time world surf champ Gabriel Medina appears in "Medina and Poseidon," part of Brazilian bank Bradesco's "Face the Future" campaign. Medina has been a brand ambassador for the bank since 2019.

In the ad, Medina faces a calm sea. "When there are no waves, there is no way," he laments in a voiceover. Then, suddenly: "It's on us to go after it."

Medina dives into the water, swimming past jellyfish and ruins until he finds a throned statue, covered in barnacles. He knocks on his nose and the statue cracks to life, sending light and powerful ripples through the water surrounding him.

It's impressive, the lengths Medina will go to just to have some waves to play with. We ourselves would have just waited for the tides to change. Because waking the Greek sea god Poseidon? A dicey gamble. He's the reason it took Odysseus 20 years to sail home.

But Medina trusts his bank enough to see him through this calculated risk. "When there are challenges ahead, Bradesco is by your side," he cheerfully intones, pulling out of the wake of Poseidon's rage just in the nick of time.

"Medina & Poseidon" went live July 19 during a Jornal Nacional broadcast break. It was brought to you by Leo Burnett Tailor Made, with production by Stink and direction by Squarehead. According to the agency's creative VP, Vinicius Stanzione, shooting took place "nearly completely underwater."

Executive producer Tico Cruz of Stink goes into more detail: "The shooting was very technical. Both with the underwater camera crew and in post-production, the challenge was to recreate the look and feel of the bottom of the sea inside a deep swimming pool. Since most of the scenes were shot underwater, in addition to the health and safety protocols, we had special training in order to understand the dynamics of filming underwater and prepare our crew."

Music was also thoughtfully chosen. That track is Charlie Brown, Jr.'s "Don't Let the Sea Swallow You," which—in addition to giving willful Medina some handy advice after interrupting a god's thousand-year slumber—conveys an optimistic message about overcoming challenges. It's one of Medina's go-to songs right now.

"We decided to use the surfing metaphor, with a flat ocean, to show how important it is that we take the initiative in our own stories," says Bradesco's marketing director, Márcio Parizotto. "We sought a message of optimism that would encourage people to pursue their objectives in a bold and proactive manner. And it is all personified by Medina, in an advertising fable that features Poseidon and conveys the brand's commitment to helping its customers overcome their challenges."

The "Face the Future" campaign is designed to generate new account openings, and puts emphasis on various services, including loans with a three-month grace period, competitive real-estate interest rates, and no fees for a year for new account holders.

The ad will also be reinforced by the #MedinaDay project, which will engage conversations on Twitter about Medina's activities with the Olympics and the World Surf League, among other hijinks he gets into. Campaign vignettes are airing on the Globo and Sport TV channels throughout the Games, as well as on out-of-home and display media.

Lastly, as part of Bradesco's larger inclusion goals, "Medina & Poseidon" will run with accompanying Brazilian sign language, subtitles, and an audio description via its YouTube channel. The bank has done this for all its ads since June 2020, and also incorporated best practices for use of gender-neutral language.