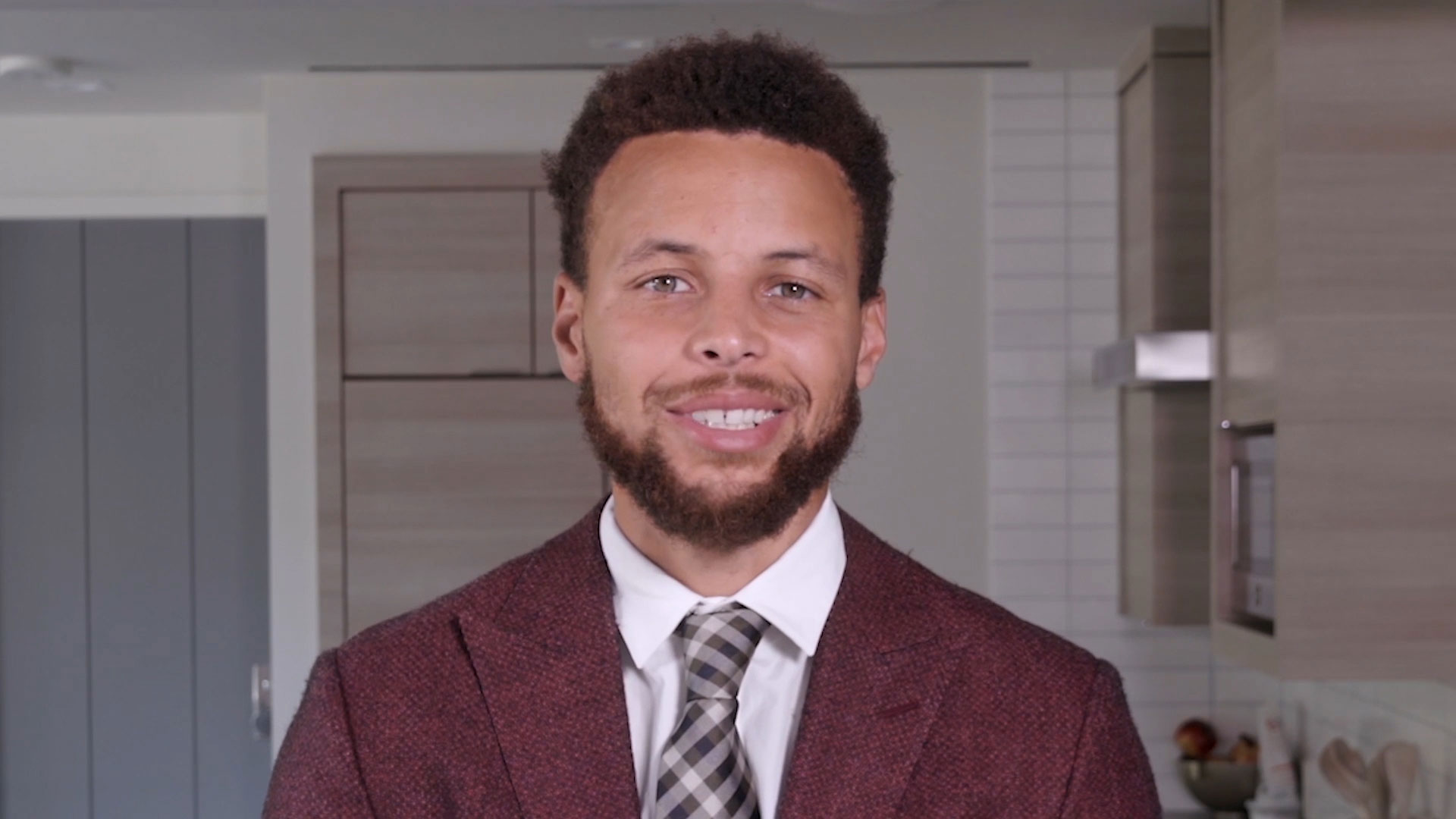 That's because they battle against one another from their respective homes, competing in events such as laundry hamper hoops (dunking dirty clothes instead of basketball), rubbish relays (hauling trash bins stuffed with eggs) and high jumps (over pillows, furniture and stacks of toilet paper).

This trailer breaks it down:

Wow, those multimillionaire sports celebs are just like us when they get home. Sort of. And they've got really nice houses!

Here's the complete 50-minute "Ultimate Home Championship," which dropped on Friday, produced by Portal A and Curry's Unanimous Media as a fundraiser for World Health Organization's Covid-19 Solidarity Response Fund:

"We set out to make something for sports fans who are desperate for live competition," says Portal A executive producer and co-founder Nate Houghteling. "There are a lot of those people out there, including us."

Curry and Portal A have teamed up before, most notably on the star's "5 Minutes From Home" YouTube series. Below, Houghteling chats with Muse about the new project.

Muse: Where did idea for the "Ultimate Home Championship" come from?

Nate Houghteling: With every professional league on hiatus and most of the country on lockdown, we're all starved for some competition. We had the idea of a sporting event where professional athletes and other personalities would compete from the safety and comfort of their own homes. We developed the idea with Stephen Curry and his team and then ultimately with our amazing partners at YouTube Originals. It's part of their slate of Covid-19 programming, all designed to raise money for front-line workers.

How were the stars recruited?

Stephen was a natural choice for host. His channel, which we've built with his team over the course of the last three years, is one of the most popular on YouTube, and he's become the face of professional athletes on the platform in many ways. For the competitor set, we wanted a mix of athletes from different sports and leagues—competitors in the purest sense, who we thought would have fun with this premise.

Can you talk about the process of making the show?

Producing something at this scale entirely remotely is a massive undertaking. Luckily, our head of production Elyse Preiss, also an executive producer on the project, wrote the book on how to approach them in a way that sacrifices neither production quality nor safety. We began by sending detailed instructions to the talent ahead of filming, [telling them] exactly how the day would go and what they needed to prepare. We collaborated with them on this piece, so that we all went into the shoot with a clear plan. Each shoot was filmed using multiple cameras, with static GoPros capturing wide shots and a higher-end camera on a gimbal. This allowed us to cover the challenges just as you would cover typical sporting events, capturing many angles at once.

You coordinated the shoots off-site?

We filmed the special over the course of 11 remote shoots. Each shoot was directed remotely over Zoom. The finals between Ryan Garcia and the F2 were the only challenges that were filmed simultaneously. Our edit team took all these shoots and stitched them together into a continuous special.

Any big surprises arise during filming?

Luckily, all of the surprises were good surprises—like how much these pro athletes actually wanted to win and got very competitive about it. Ronda Rousey definitely put on a show. She loves her smoke machine! 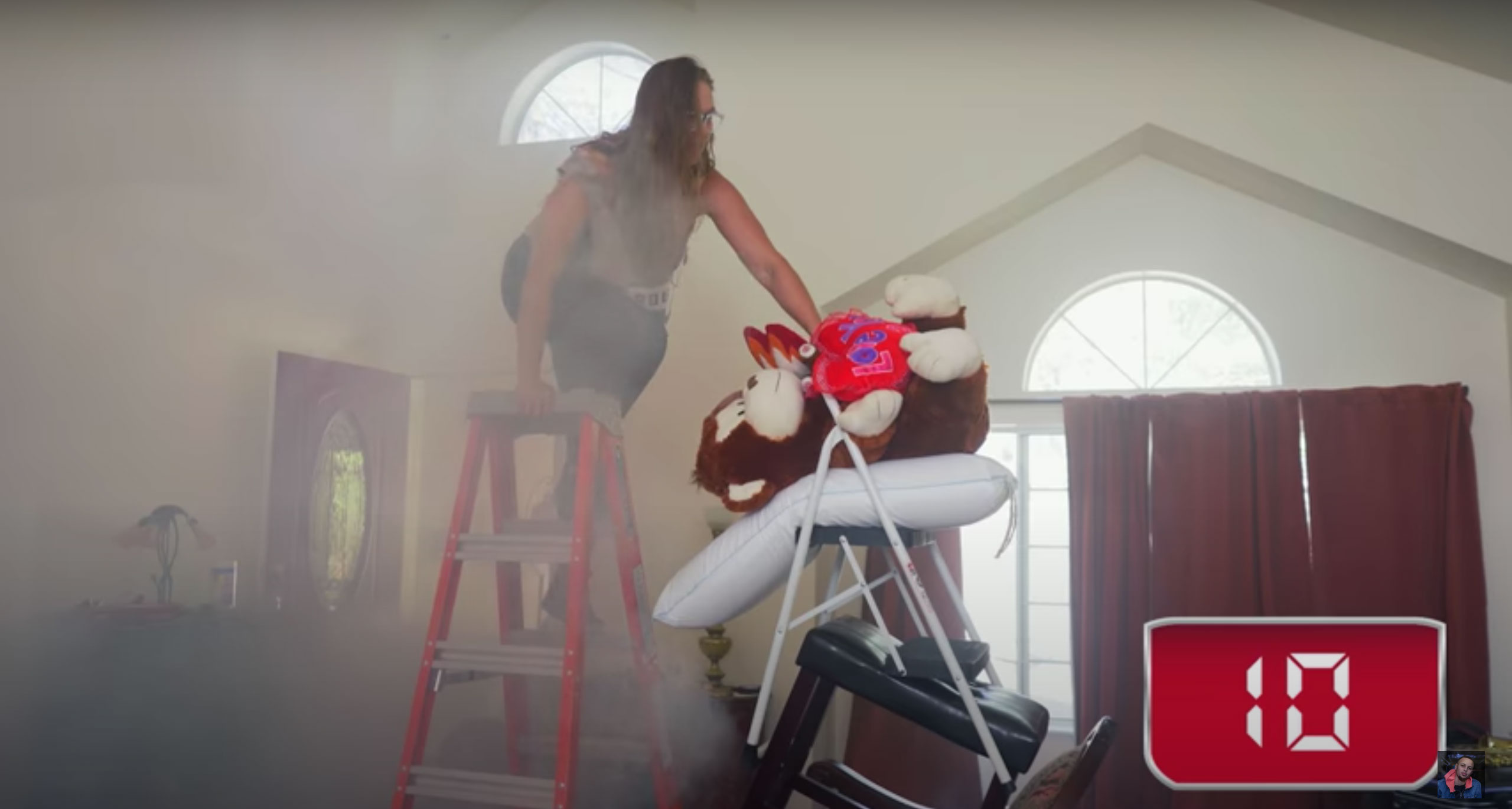