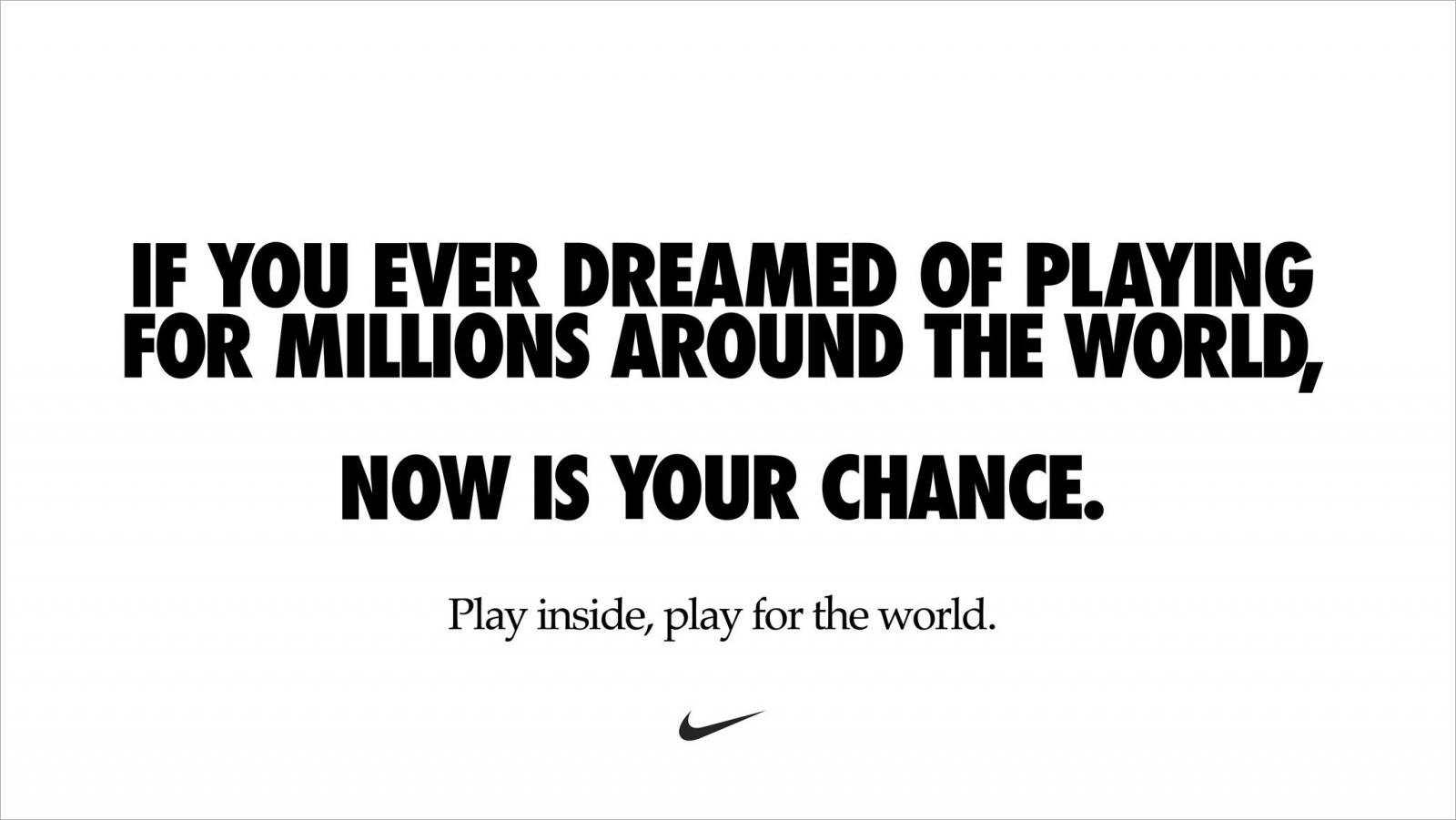 The global coronavirus pandemic put big-time sports out of action, but Nike won't be sitting on the sidelines.

On Saturday, the company launched social-media messages, developed by Wieden + Kennedy Portland, reminding folks to enhance community safety through social distancing. Adorned by Nike's iconic swoosh, the ads read, "If you ever dreamed of playing for millions around the world, now is your chance. Play inside, play for the world."

Nike's superstar endorsers, including Michael Jordan, Serena William, Cristiano Ronaldo and Tiger Woods, have shared the ads in their feeds:

Now more than ever, we are one family. #JUMPMAN #playinside pic.twitter.com/U1G4HFeNBY

If you ever dreamed of playing for millions around the world, now is your chance. Play inside, play for the world.#staysafe #playinside #playfortheworld pic.twitter.com/Ie5i9BjzEM

The campaign feels especially on point; we are all in this together, one team, and should work from the same playbook for the common good.

"Optimism and courage are two of the characteristics that define the world of sport," the company says. "At Nike, we continue to be inspired by the ways people make sport a daily habit, even in the most challenging of times."

To help them along, the athletic gear giant is offering premium subscription content from its Nike Training Club app free of charge. Its menu includes studio-style streaming workouts and tips on staying in shape.

Nike's other moves amid the crisis include closing its retail outlets and committing $15 million to response efforts.

"Our focus continues to be to provide all athletes with the tools, motivation and affirmation to help fuel physical and mental health," Nike says. "While, right now, athletes may not be able to play together or before millions of fans, they can unite and stand for something bigger by staying home and playing for the world."