Pickleball Muscles Into the Spotlight in Fierce Ads From Y&L

And yet that's the vibe Young & Laramore says it strove to serve up for gear maker Paddletek in a breaking campaign tagged "Let's Go Again" (which, we're told, is one of the sport's rallying cries.)

Y&L's efforts include print ads, package and paddle designs, a new website and social elements, launched ahead of the USA Pickleball National Championships on Nov. 2-10 in Indian Wells, Calif.

"We're really seeing the sport gain momentum, especially among young players," Noah Kaplan, Paddletek's vp of sales and marketing, tells Muse. "But as our audience changes and more brands enter the market, we not only need to maintain our position as a leader, but also reach the new generation of players."

Some 3.1 million Americans played pickleball in 2018, a gain of 12 percent year over year, and the global products market is projected to grow by nearly 9 percent in the next decade.

Print ads boast bold colors, sleek visuals and rah-rah slogans like "If you think I'm good now, keep watching" and "It's only my record until I re-write it." 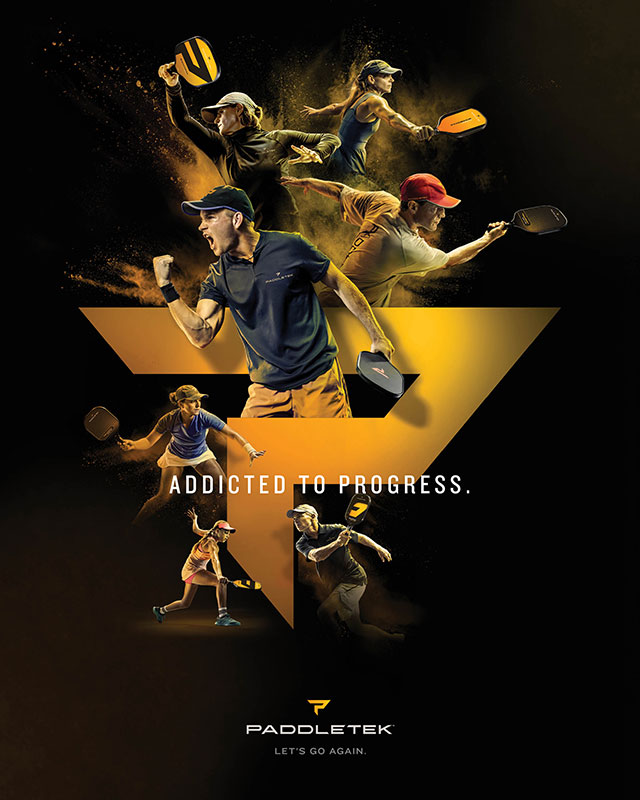 "We had the rare opportunity to create something without the echoes of existing creative in the category," says Y&L principal and group creative director Trevor Williams. "That came with its own challenges, like figuring out how to photograph the game in motion and learning the language of the court. But ultimately, it freed us to concept from scratch. We ended up with a brand identity and a campaign that feel athletic and true to the sport—but still totally new."

Pickleball was invented in 1965 at the home of former U.S. congressman Joel Pritchard, who had hoped to play badminton with guests but couldn't find a shuttlecock. (Don't you hate when that happens!) They used a Wiffle Ball instead, batting it over a lowered net with paddles made from plywood. The game may have been named for the family dog, or for "pickle boats," a rowing term that refers to a crew chosen from other team's castoff oarsmen. (See what you learn by reading Muse!)

While the game's goofy name might pose a bit of a barrier to widespread acceptance, "once you play, you just want to keep getting back on the court and keep getting better," Williams says. "That addictive feeling is what really gets people into pickleball. Once they're in, players tend to become evangelists and get their friends involved."

To get a feel for the sport, agency staffers began playing at local courts and attended a tournament in Florida.

"We learned: It's colorful. It's athletic. It has players of all ages," Williams says. "That experience really informed the creative, from the bold, colorful designs of the paddle faces to the 'Let's Go Again' tagline. We focused on the idea of taking your game to the next level—getting a little bit better every time you take the court." 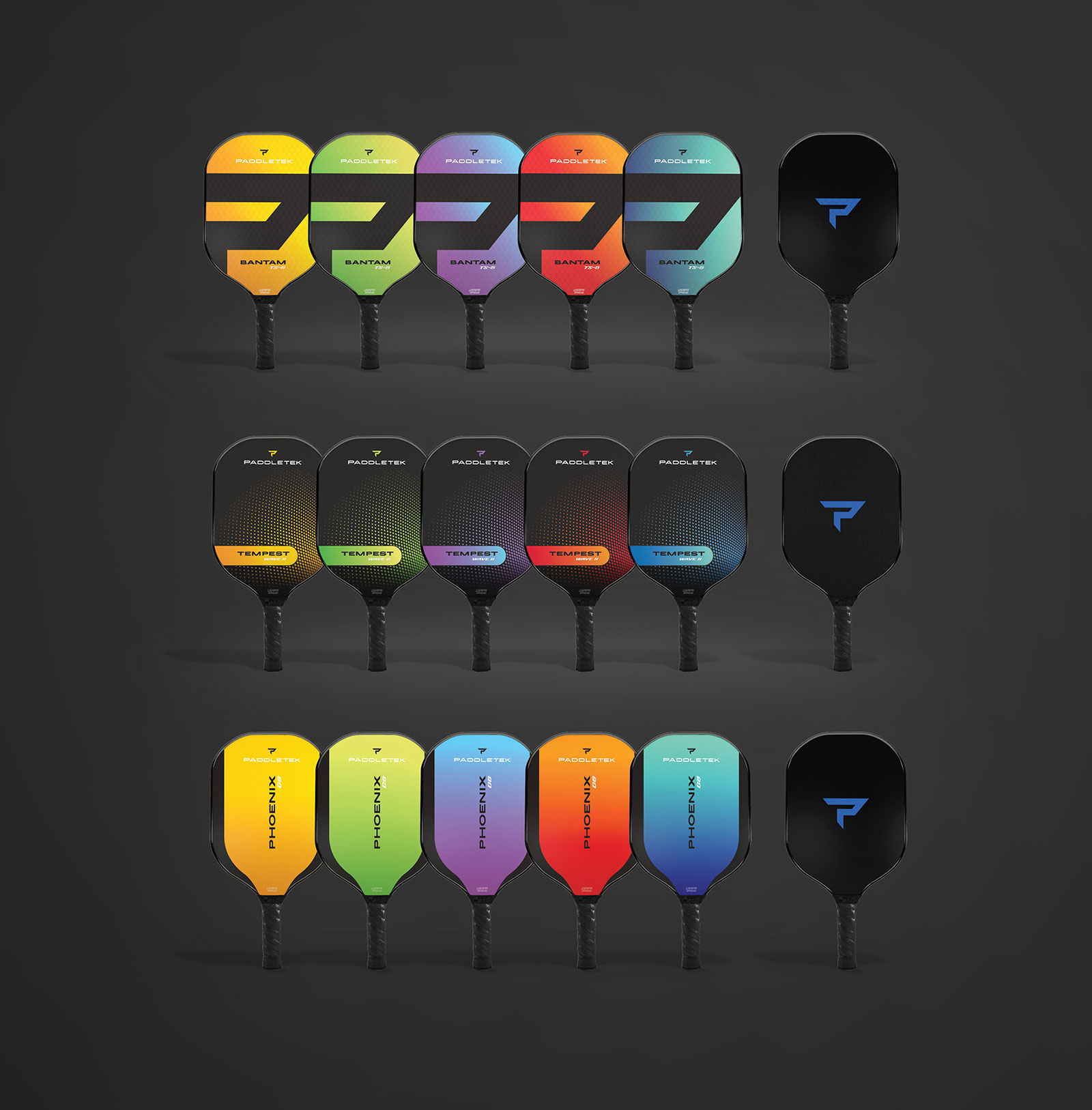 "The website redesign makes it easier for players to find the right paddle for their style of play," Williams adds. "We also helped create the paddle customizer, because when you like the way your paddle looks, you feel more confident and you play better."

"The market's growing fast, and it's changing fast," Williams says. "What used to be a pastime for the 65-plus set is now a legitimate competitive sport for players of all ages. But if it's going to keep growing, especially among younger players, brands have to evolve and stay relevant. They've got to be cool. They've got to be athletic. And they've got to take the game as seriously as the players do."

"Advertising helps us push the sport forward," Kaplan says. "It's not just about [product] tech. It's about shaping and celebrating the culture of pickleball. We're elevating the sport and helping it grow."

The National Championships, presented by the USA Pickleball Association (with Margaritaville Resorts as its primary sponsor), drew 2,200 players in 2018, competing for a total purse of $75,000. Participation rose from from 400 in 2009, the first year such an event was held.

The USAPA is getting more aggressive with its own promotions, recently tapping sports documentary producer George Bauernfeind as managing director of marketing and communications, and releasing this TV spot.