The agency, Truth & Consequences, explains the emotion of the ultra-minimalist approach 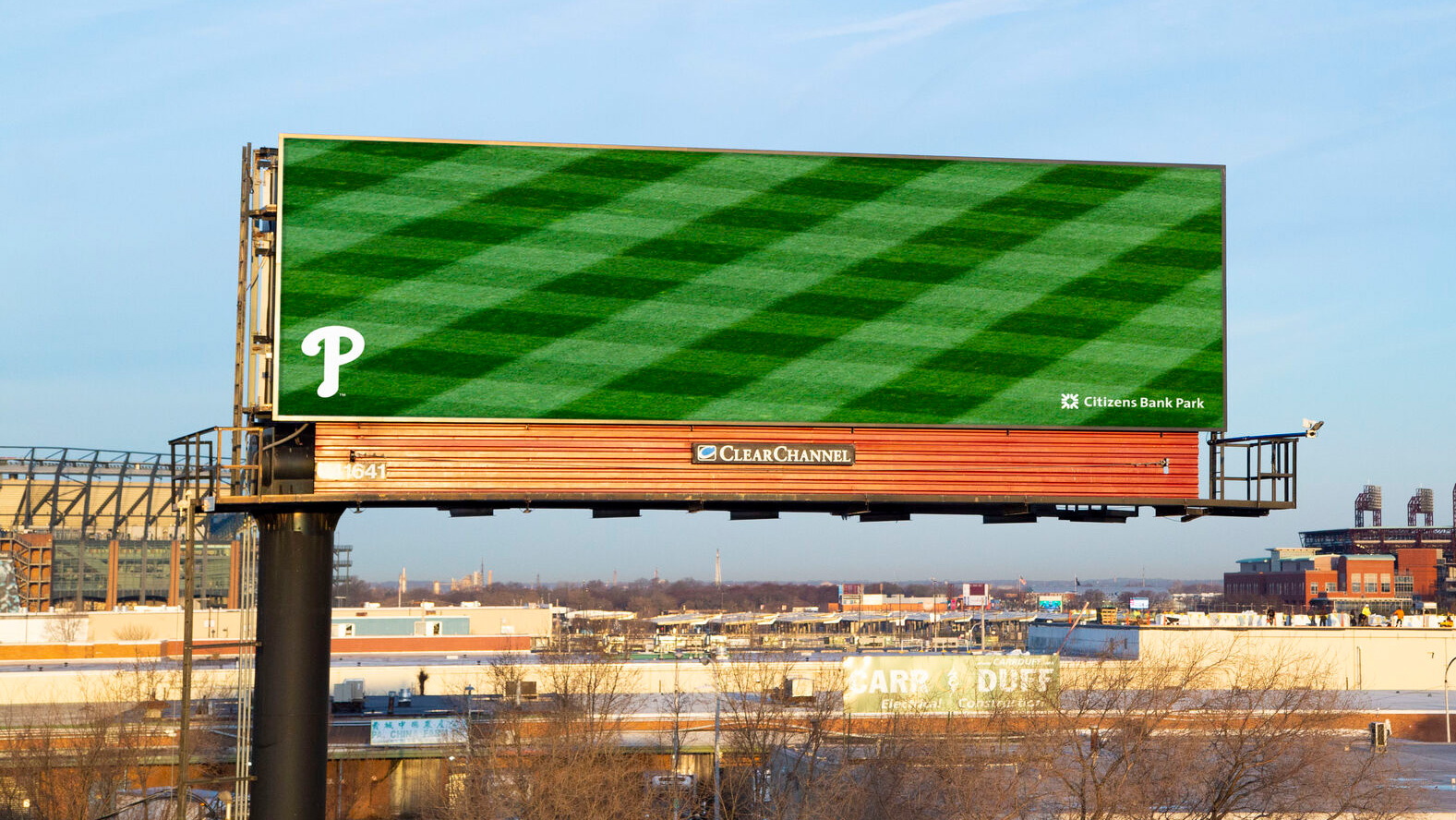 Baseball is a feeling, and the Philadelphia Phillies have captured it perfectly with a series of headline-less billboards celebrating the franchise's—and the sport's—return after the lockout that threatened the 2022 season.

Philly agency Truth & Consequences created three executions featuring tightly cropped images from the Phillies' photo archive—the grass at Citizens Bank park; the front of a Phillies uniform; and a close-up of the Philly Phanatic mascot's fur. The billboards went up two days after the lockout ended, clearing the way for the season to proceed. 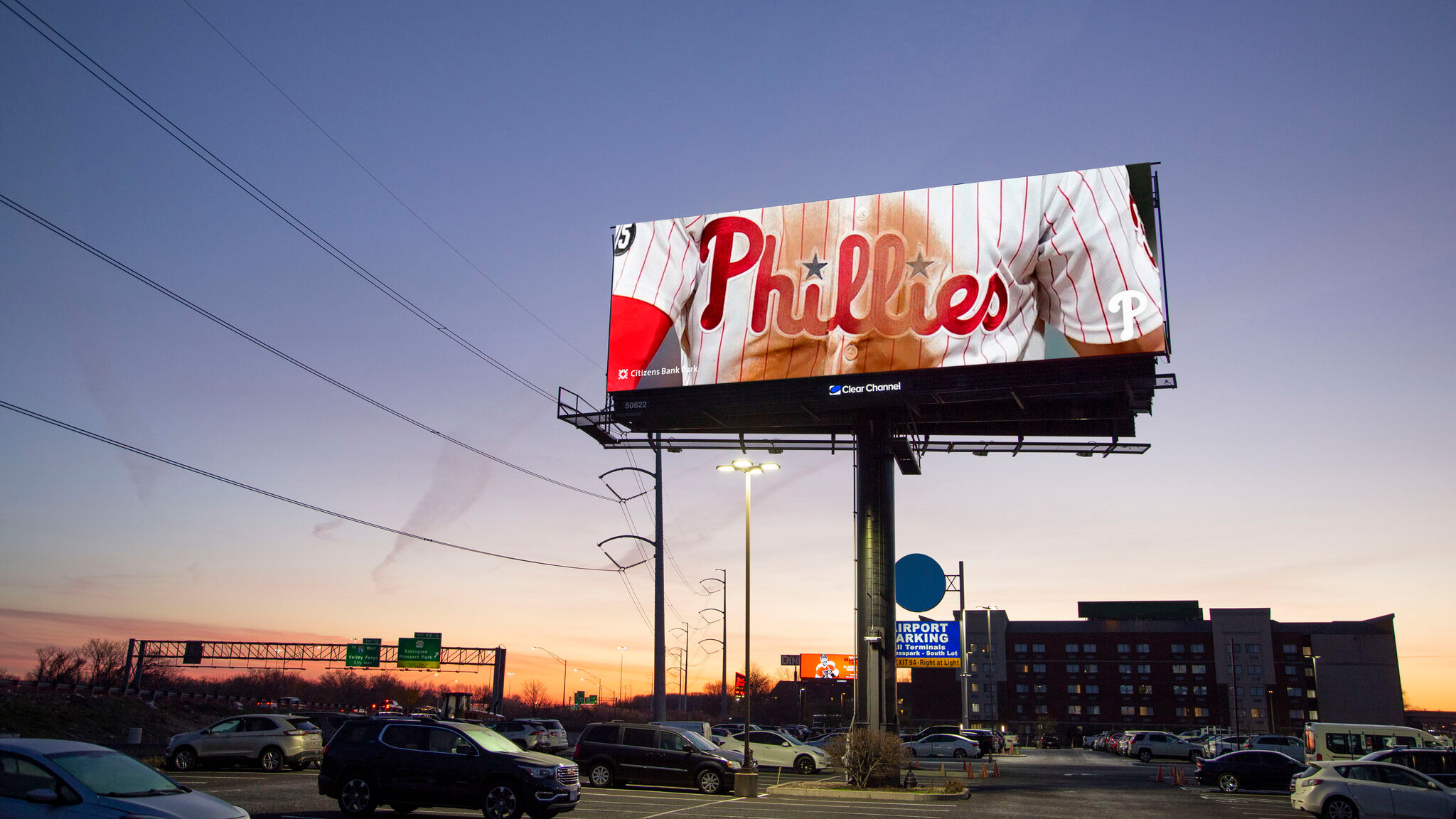 Brendan Quinn, founding partner and creative director at Truth & Consequences, tells Muse that the creative approach actually emerged from the gloom of the lockout, when it seemed possible there would be no baseball this summer.

"Because of that lockout, there was far less talk than most off-seasons about the Phillies or baseball. So the team simply asked us to get people thinking about the Phillies, which was a really intriguing, open-ended brief," Quinn says.

The agency execs started asking themselves a simple question: "What's your first memory of going to a baseball game?"

"The response was almost always about how bright green the grass was when they walked into the stadium," Quinn says. "On one of those cold, gray Northeast winter days where it had snowed two days before and the snow had turned all brown and sludgy, we couldn't help but think about how nice that grass seemed at the moment. That was kind of an a-ha moment. But it couldn't just be about grass.

"So then we thought about how baseball is the sport that appeals to all the senses more than any other: the sight of the grass; the sounds of the crack of the bat and the notes of 'Take Me Out to the Ballgame'; the smells of roasting peanuts and a newly oiled mitt; the taste of the first ballpark hotdog of the season—it goes on and on. We just wanted the campaign to capture that. In a lot of ways, we didn't make this campaign. The game of baseball did." 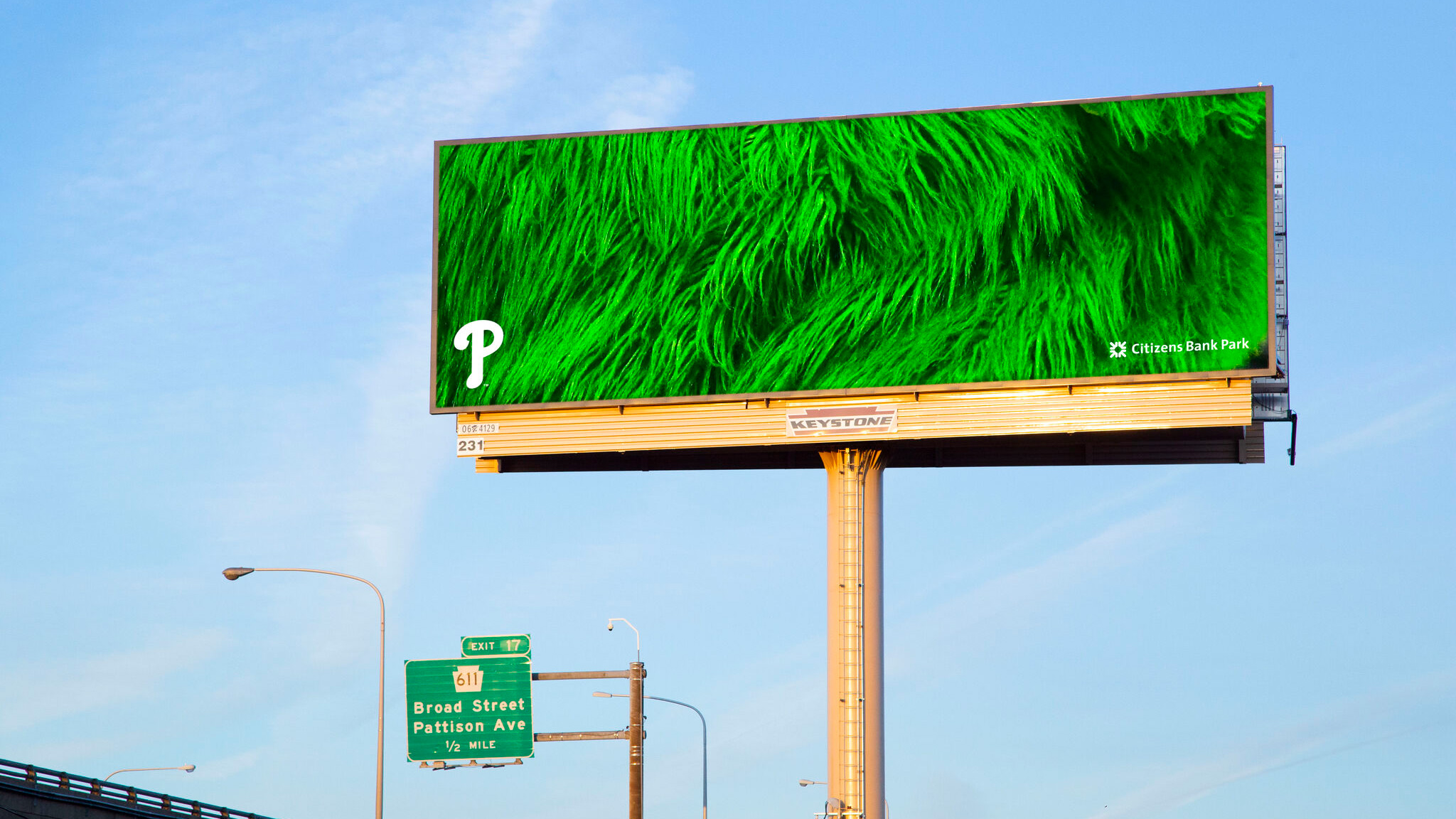 The agency showed the team some mockups "and said that this could stir peoples' feelings more than any snappy headline or action shot could," says Quinn. "Sports marketing can fall into traps of being bigger, louder and more in-your-face. Being simple here was actually a way to stand out. The textures of the game are incredibly evocative for fans, and we wanted to have the images range from the obvious grass shot to a pretty abstract close-up of the Phillie Phanatic, the greatest mascot in sports."

The Phillies loved the work, kept their media buy on hold, and put up the boards on March 12. "The Philadelphia region got about three inches of snow that day, which was a perfect contrast to that green grass, bright white jersey, and Phanatic fur," Quinn says.

Quinn posted the ads on LinkedIn, where they got an enormous response.

"Our creative team joked the entire time about how we didn't really have to really write, design or produce anything for it—the photos were all shots the team owned and we just cropped in tightly on them," he says. "I don't know if it was the time of year, the hope of baseball, or maybe just a bunch of people in advertising and marketing who are tired of everything being overthought and overtested to death. We've all had to make logos bigger, add superfluous calls-to-action to billboards that people drive 80 mph past, or compromise an idea to conform to a 200-page brand guideline's standards. Like that photo of grass, this campaign is simple and refreshing in every way possible."

The Phillies, too, felt how breakthrough the work was.

"It was important for us to go back to basics and not overcomplicate the messaging," Michael Harris, the team's VP of marketing and new media, tells Muse. "We lost a great deal of natural and organic momentum that typically builds over the course of the winter and into spring training this year. Making the game topical and top-of-mind again was the macro-objective without any sort of heavy sales pitch. The baseball experience is truly unique and provides a wonderful foundation to build on. Truth & Consequences has an amazing knack for storytelling, it's one of their many great strengths. The simplicity of this campaign is exactly what we were looking for."

Truth & Consequences has since launched phase two of the campaign, bringing in more specific messaging around the idea of "Because Baseball."