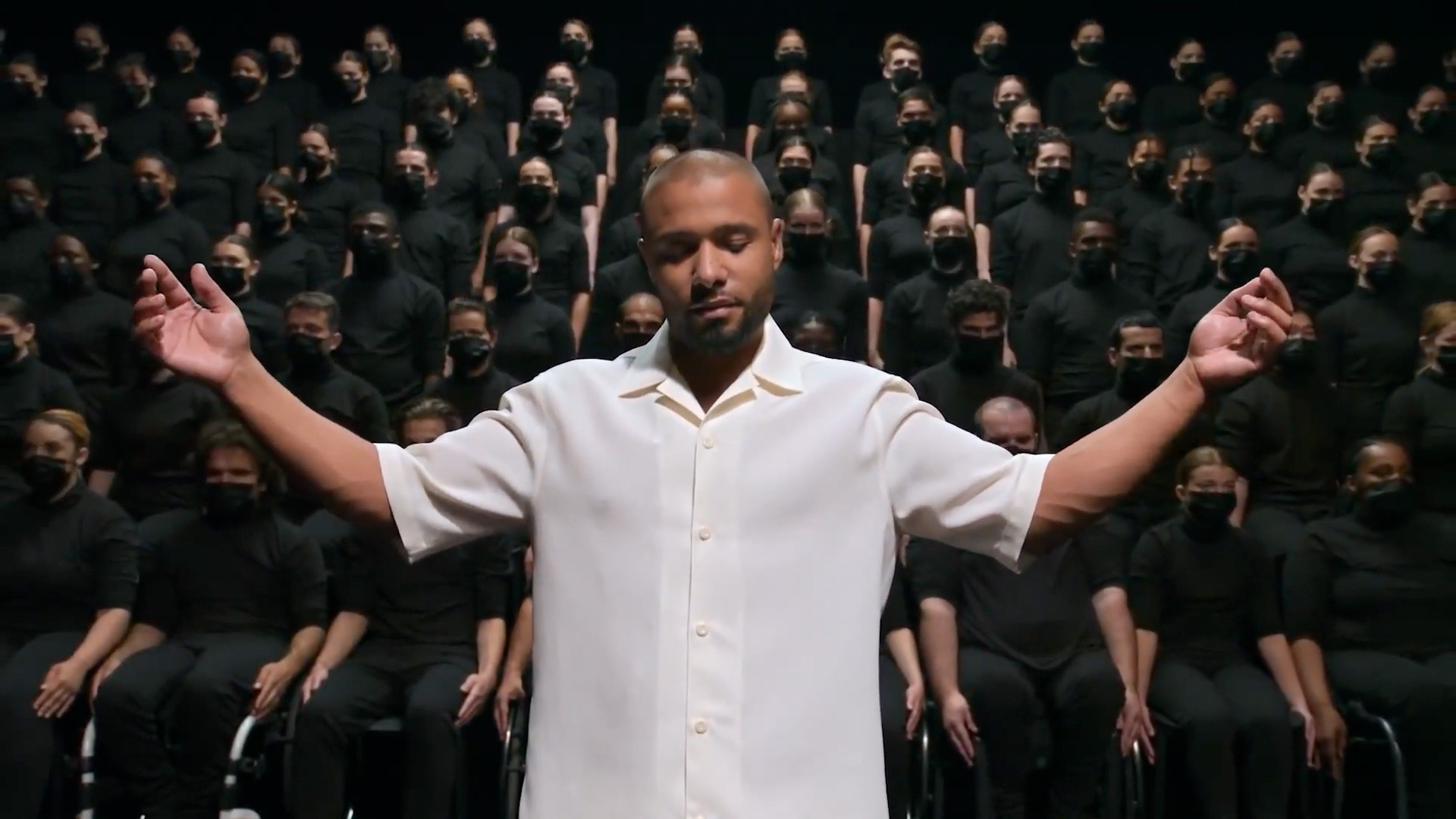 Paris is ramping up for the 2024 Olympic Games. The Instagram Stories are ace, and the lineup seeks to be wildly accessible and inclusive. Among other things, Betty Moutoumalaya will be singing the Marseillaise, while interpreting it in sign language.

2024 will mark the first time France hosts the Summer Paralympic Games, which raises the stakes on its desire to be on-point from an accessibility perspective. To get it right, the country is welcoming all the help it can get; Moutoumalaya is an amateur singer with a passion for sign language, and got the Marseillaise gig by writing to the Paris 2024 committee.

"It is crucial to read the letters sent by the public, get them actively involved and offer inclusive solutions in more and more fields, wherever possible, especially given that 15 percent of the world's population lives with a disability," the committee writes. "No one should be excluded."

To build enthusiasm and a sense of solidarity around 2024 and the goals of the Games, choreographer Sadeck Waff has produced "Human Geometric." This work features 128 dancers, 15 percent of whom have disabilities. Waff kicks it off by synchronising his own body and movements to those of a man with a synthetic arm. Then the action flowers behind him, neat as clockwork, and just as pleasing to witness.

The video below is best experienced in full-screen, with headphones:

The last time we saw mass choreo this impressive was in Honda's "precision walking" ad from 2015. But the intensity in "Human Geometric" happens less in a frenetic beat, and more in the tight-knit fluidity of these gestures, which lends the impression of witnessing a force of nature—waves composed of arms, curvature conceived by angles.

The message is not to insist that less-able bodies are exactly like "able" ones in terms of what either of us can do; it's rather that, together, we can produce beautiful and unique compositions. "Human Geometric" also does a fine job of taking the symbolic torch from the U.K.'s Channel 4—whose efforts to make the Paralympics unskippable created a new advertising standard—while adding its own stones to the edifice.

The Olympic and Paralympic Games aside, Paris itself has a long way to go in terms of inclusion. Some 70 percent of Parisians use the city's Metro line to get around, but only 3 percent of it is fully wheelchair-accessible—despite the fact that one-third of the population has a mobility limitation related to age, pregnancy, stroller use or health conditions.

In its bid to win the 2024 Summer Games, Paris said it would use the event to cultivate "an even more welcoming place for residents and visitors with an impairment, with accessible infrastructure and attitudes befitting the most visited country on Earth."

The Paris 2024 webpage includes a kind of paean to how critical technology is in Paralympic disciplines. "Athletes at the Paralympic Games often use prototypes of crucial innovations that are then made available to the wider public. These innovations, initially produced for athletes, end up making daily life easier for anyone with a disability," it reads.

It remains to be seen whether everyday infrastructure will, likewise, enjoy the accessibility benefits the city has promised for the Games. While advertising is not generally great at aligning with the realities of urban planning, it is very good at making us want things we did not care about before. Maybe that's something that will matter at scale.