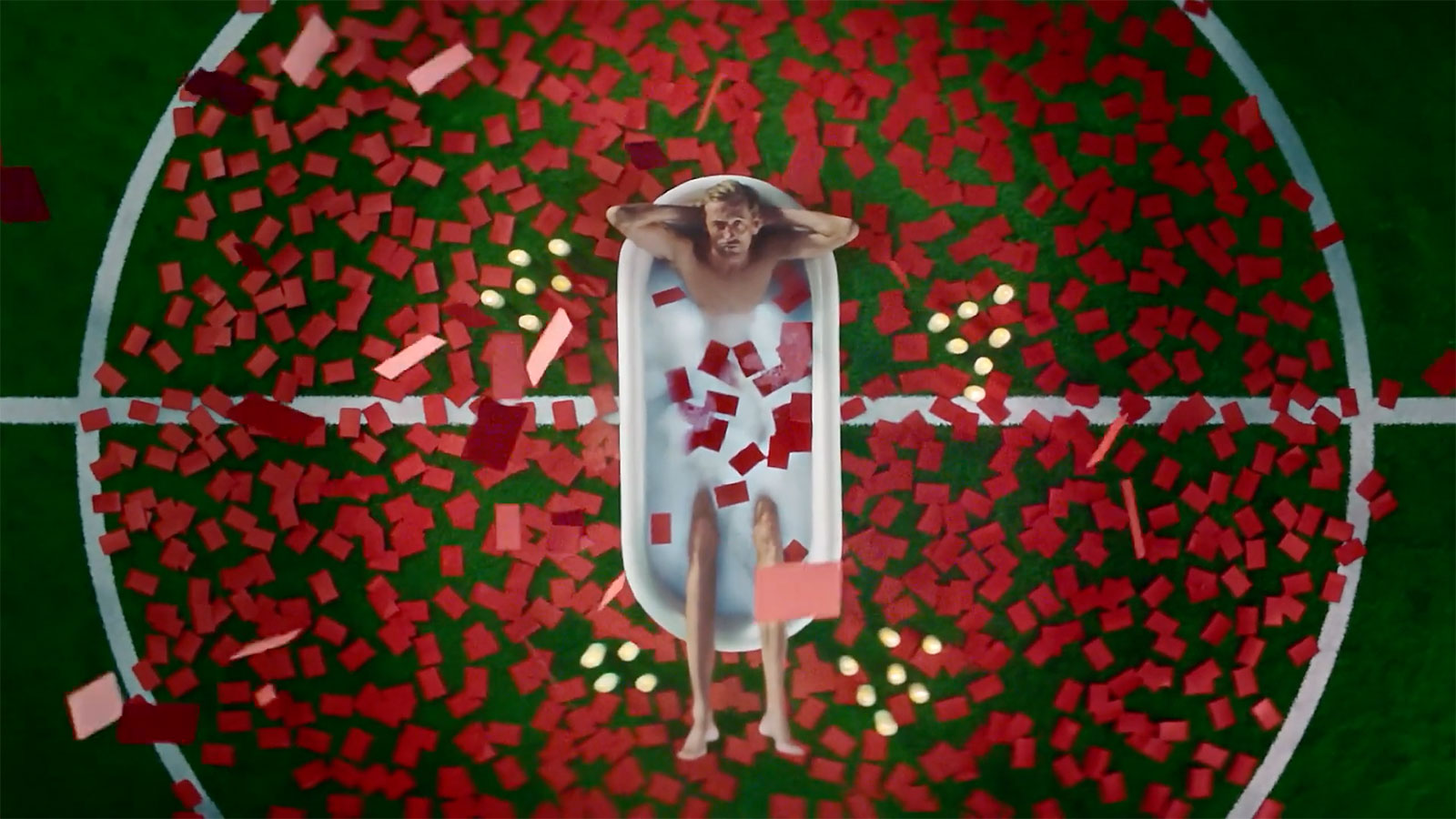 How does English soccer legend Peter Crouch show his undying love for the game in Paddy Power's riotous new :60 from Droga5 London?

Let me count the ways.

Nodding to American Beauty, the retired striker lounges in a frothy tub filled with red misconduct cards (instead of roses). Later, he and former referee Mark Clattenburg replace Patrick Swayze and Jennifer Grey in a tribute to the "lift" scene from Dirty Dancing.

As for what Peter does to the corner flag in a fit of ecstasy—well, it's SFW, but we hope they hosed that pole down after filming, just in case.

"We're not just a football brand, we're an entertainment brand, so a shot of nostalgic movie tropes told in a way that's authentic and entertaining to football fans was exactly the vibe we were after," says marketing director Michelle Spillane. "We want to see punters spit out their crisps when they see it for the first time in their local pub."

"The team at Droga5 have ensured that it's perfectly self-deprecating and although there's a whole load of Hollywood-style production and magic, what matters is that it is storytelling at its absolute finest," Spillane says. "It doesn’t rely on A-list celebs. Its got Crouch-Power and that's what resonates with fans more than anything."

Appropriately enough, a wager helped spice up the action on set.

"We plowed ahead with the shoot based on a bet that they couldn't pull off that iconic Dirty Dancing lift in the first take," Spillane recalls. "We lost. Who knew a footballer and a ref could trust each other enough to strike such beautiful balance?"