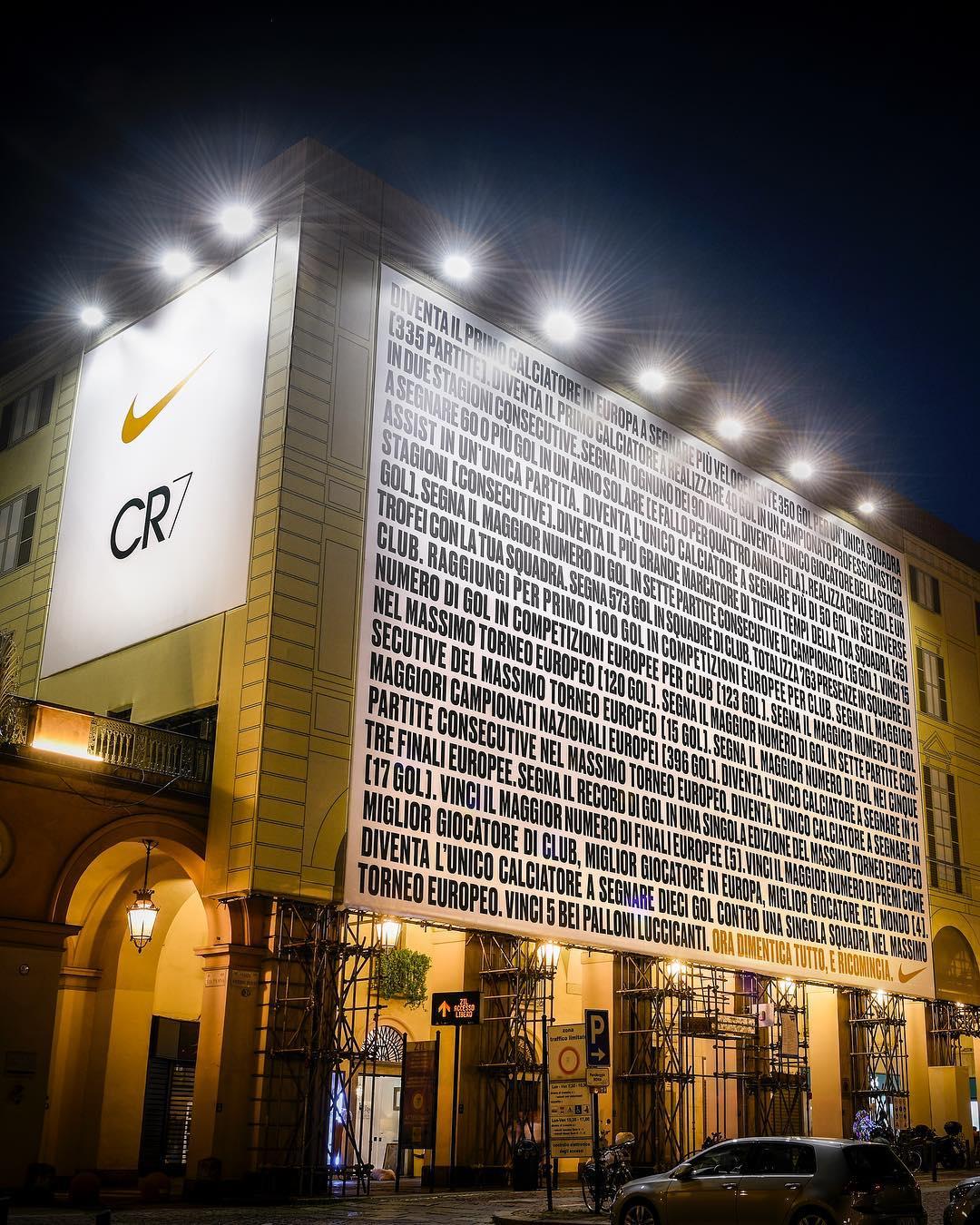 A challenge to repeat his legendary exploits at Juventus

In the wake of Cristiano Ronaldo's seismic move from Real Madrid to Juventus this summer, there has been plenty of debate about whether the fearsome Portuguese striker can perform at the same level in Italy as he did in Spain. He is, after all, 33 years old—an age at which plenty of European stars retire (or move to MLS).

But Nike is having none of that, having erected a massive all-caps billboard in Turin, home of Juventus, exhorting Ronaldo not just to play up to his traditional form—but to repeat everything he's done in his career so far. It literally presents a long list of his records in the sport, then, concludes: "Now forget it all, and do it again."

That will be a tall order, given that Ronaldo has played 16 professional seasons already, and is only contracted for four at Juventus. But of course, aspirational marketing never really sticks to the facts anyway. And the residents of Turin were surely whipped into a frenzy by the grandiosity of the thing.

The billboard, created by Wieden + Kennedy Amsterdam, went up in Turin right before Ronaldo's first home game this past weekend.