Two British track stars at opposite ends of their careers—legendary Olympic distance runner Sebastian Coe, 63, and up-and-coming sprinter Alex Haydock-Wilson, 20—take a ride together in a new long-form film by Digitas for the Lexus RX Hybrid.

Coe, who won four Olympic medals—two golds and two silvers—in the 1980s and led London's successful bid to host the 2012 Summer Games, does the driving. As the pair tool around, they discuss life, love, sports, music and, naturally, cars.

For a taste, here's the trailer:

And here's the full-length presentation.

Early on, Coe says, "I've got a theory that you don't choose your sport, your sport chooses you," and a big smile of understanding crosses Haydock-Wilson's face. He clearly feels the same way. From that point on, they interact like two teammates heading to a game, or a player and coach engrossed in a free-wheeling locker-room chat.

Shot pre-Covid, it's a cozy, personable, at times penetrating conversation, a bit like a surprisingly deep installment of Comedians in Cars Getting Coffee—but with two world-class runners and no Jerry Seinfeld. 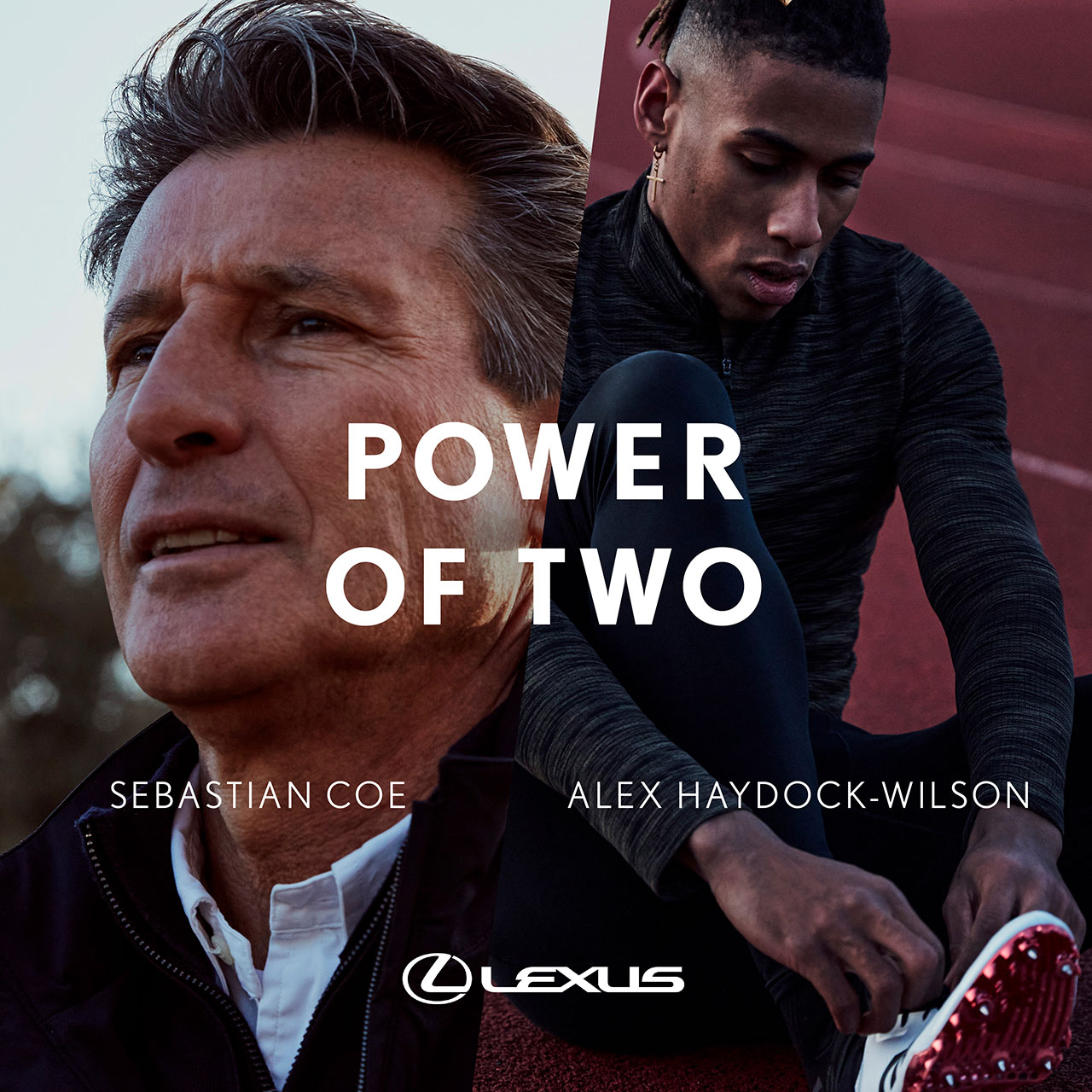 A hybrid, of course, can run on electricity or gasoline, and Lexus chose the film's subjects because each represents a different kind of power. Coe ranks among running's all-time greats, he's also in Britain's Parliament and currently helms World Athletics, the worldwide governing body for track and field, cross-country and related sports. He's one powerful dude. 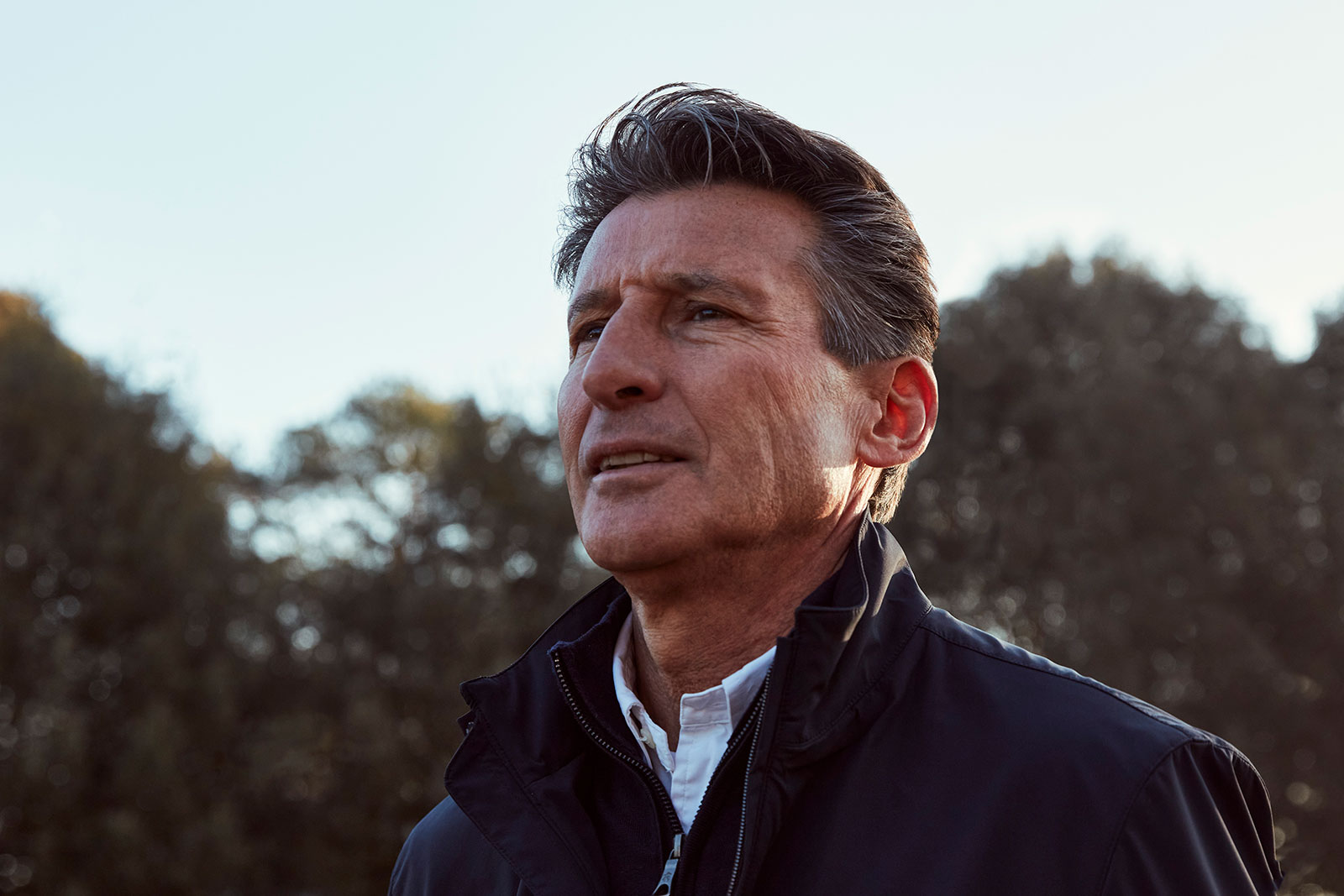 Conversely, Alex Haydock-Wilson stands in the starting blocks, career-wise, brimming with enough raw talent and energy to represent Britain in international competitions, and eyeing a slot at the Tokyo Olympics in 2021. 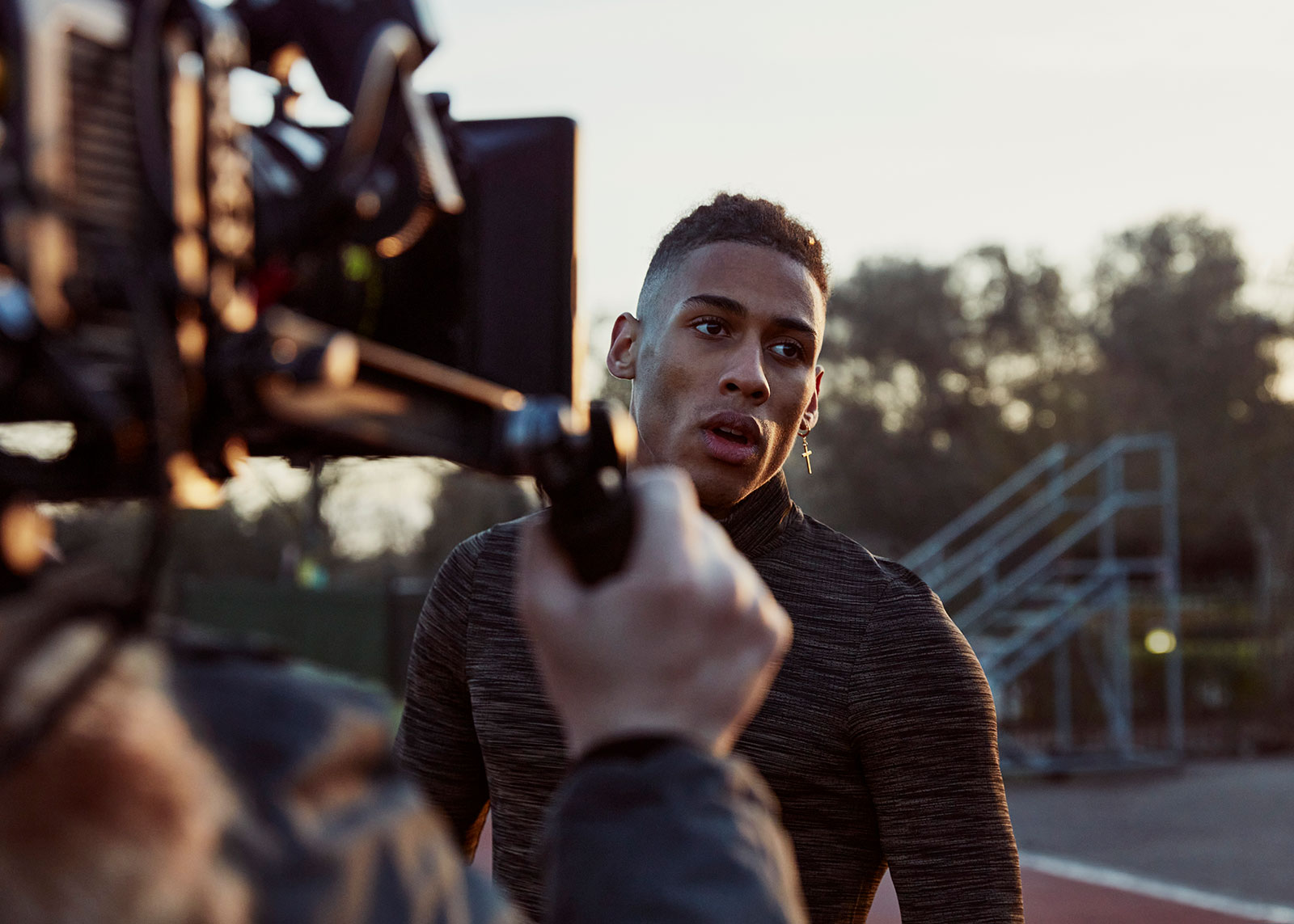 It's a compelling contrast, and there's enough genuine chemistry to keep viewers engaged. As most sports remain on hold, it's great to see these guys on screen. The brand-boosting takes a back seat to their amiable banter, which makes the film that much more effective at conveying its message.

"We knew Alex would be a fascinating juxtaposition with Seb, and that shooting them without a script was the only way to capture it," Digitas U.K. executive creative director Tim Clegg tells Muse. "When we got in touch, we discovered Alex loves jazz, which is Seb Coe's passion. On top of that, it turned out Seb Coe is chancellor of Alex's university [Loughborough]. When we called Alex to talk him through the concept, he was sitting in the university common room—in front of a huge wall-vinyl of Seb crossing the finish line at the 1980 Olympic Games in Moscow. It felt like fate [to bring them together]." 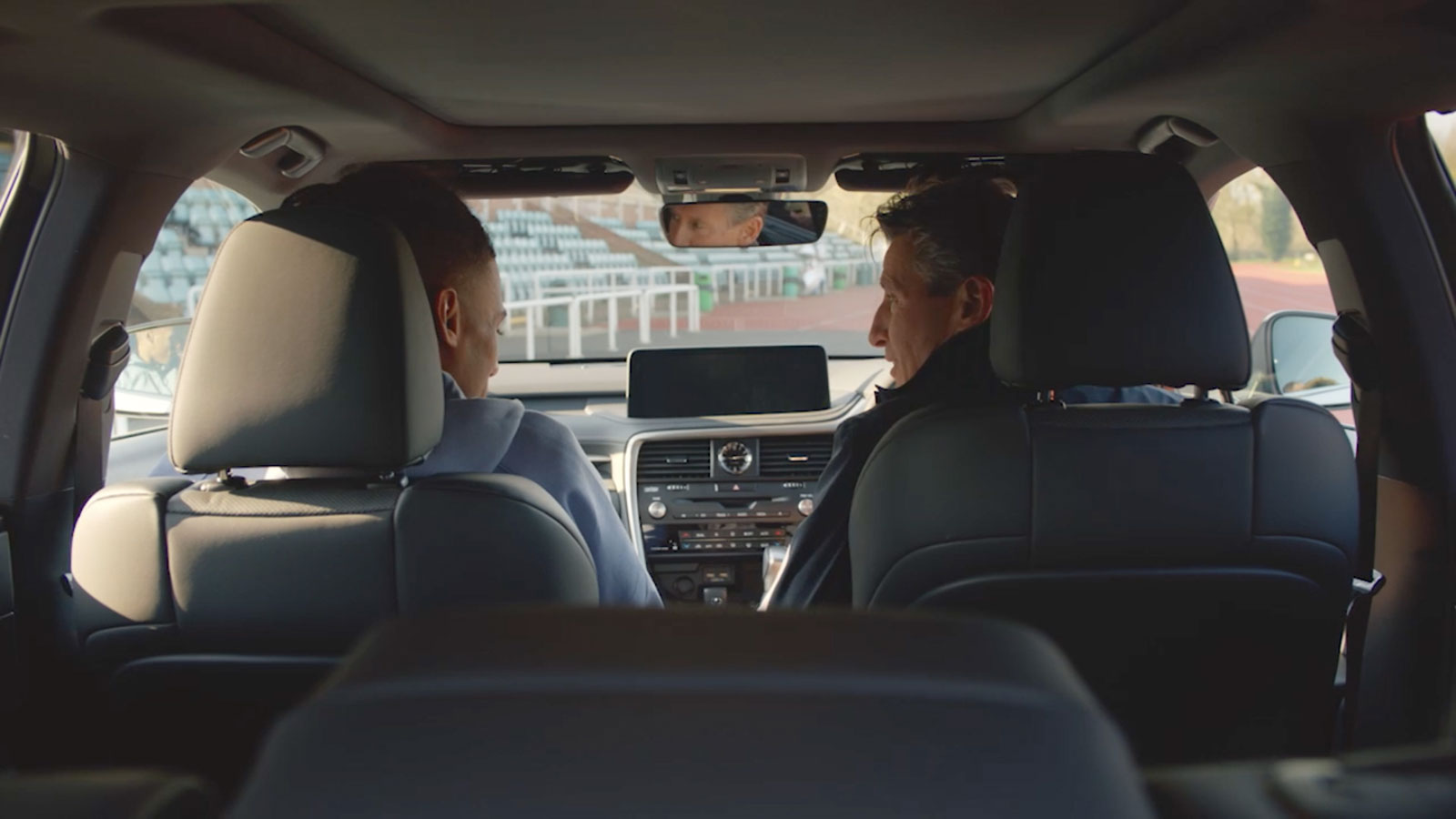 Directed by Bluey Durrant and streaming on the Lexus website, the film features interactive chapter breaks that let users explore various topics. These include Coe's relationship with his father (who regretted that his son had never won the Tour de France!) and Haydock-Wilson's reverence for Usain Bolt.

"We believed it was vital that the exchange in the film was genuine and spontaneous, so it had to be totally unscripted," Clegg says. "This meant we only had one shot at it. The day before the shoot, Alex mentioned he'd met Seb when he was 14 and he had proof—a photo on his phone. We couldn't believe it!"

"We told him to bring the picture and not tell anyone else from the agency, crew, client or Seb," Clegg recalls. "So, when we captured the reveal of the photo on the day, it was a surprise and delight to everyone, making the moment even more charming." 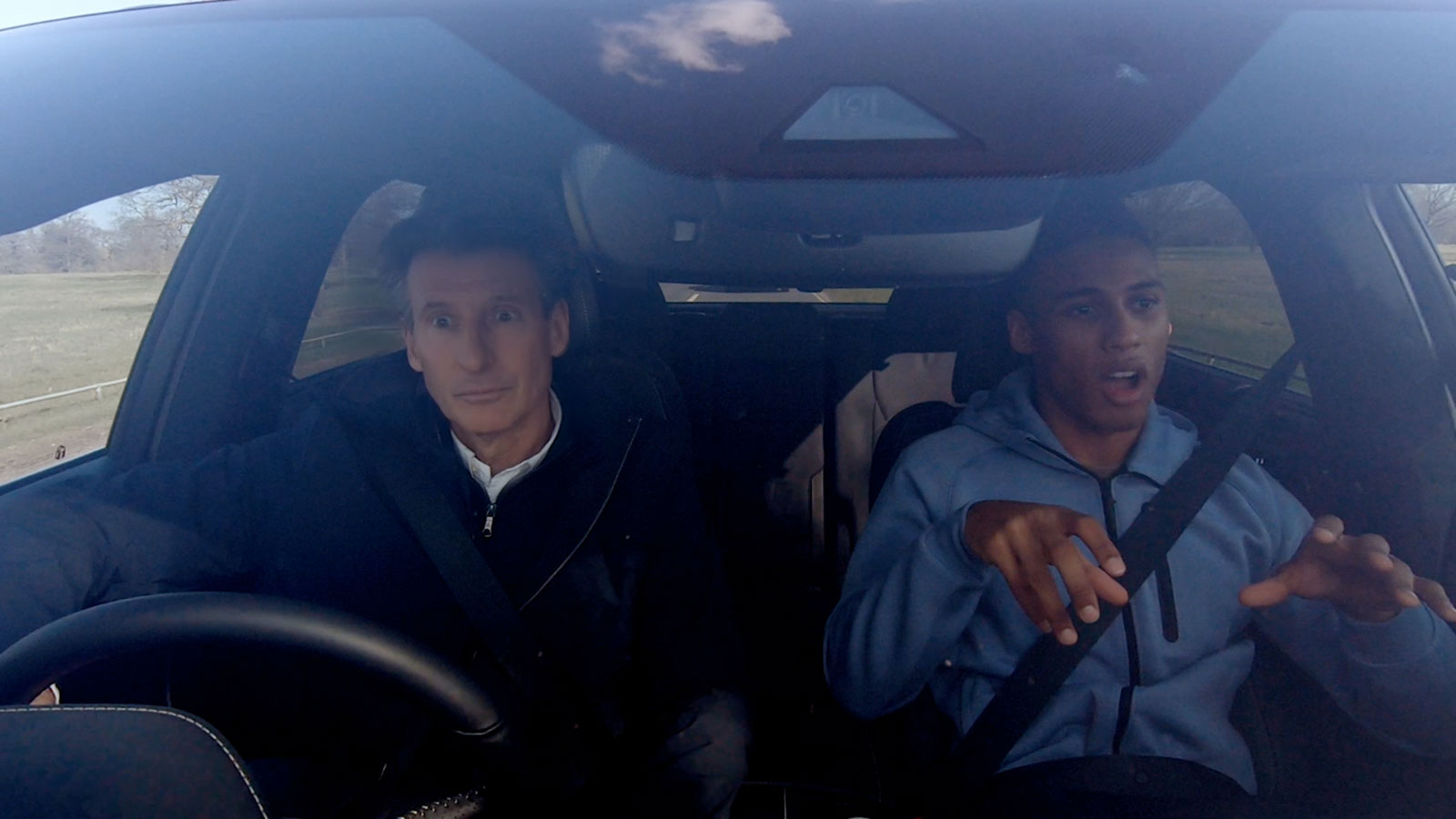 The project gains extra resonance when viewed in the context of the overriding news arc of recent days. Coe is a middle-aged white guy, a long-standing power broker of the sports and political establishment. Haydock-Wilson, who's young and black, flexes boundless potential, but has yet to hit his stride.

Yes, it's just a car commercial. But with racial unrest blazing across U.S. cities—the gaps between us growing wider than ever—it's encouraging to see these two driving over common ground.

Considered against that backdrop, Coe and Haydock-Wilson's give and take feels especially poignant. Though a disparity of power clearly exists, they relate to each other as human beings. Listening and honestly sharing—that's the ultimate power.