We chatted with two members of his media team

On Nov. 19, Carmelo Anthony scored 10 points for the Portland Trail Blazers in a loss to the New Orleans Pelicans. That contest marked the 10-time all-star's return to the NBA after a year-long hiatus. He's been raising his game ever since, averaging 16 points across consistently clutch performances.

The day before he stepped back on court, the 35-year-old forward shared this emotional video as part of his "Melo Mondays" YouTube series, detailing how the Blazers deal went down:

"Melo decided he wanted to speak directly to his fans," Asani Swann, Anthony's longtime brand and business development adviser, tells Muse. "He wanted to share how it all unfolded, and what the opportunity meant to him."

"This came down to taking Melo's lead and allowing him to speak from the heart—with some simple prompts to get him going, and a stripped-down setup of him talking directly to camera," adds Arif Zaman, director of partnerships, originals, at digital studio Portal A, which produces the content on Anthony's channel (as well as YouTube shows for Stephen Curry and Adam Rippon.)

"Melo Mondays" chronicles Anthony's globe-hopping adventures. Along with "My Next Chapter," notable segments have included this star-studded, Jordan Brand-fueled street-ball tournament in Paris:

Portal A shot another series, "Hoodie SZN," last summer in partnership with the International Champions Cup. Anthony, a footie fanatic who owns Puerto Rico F.C., chatted with luminaries such as Arsenal's Rob Holding and Bayern Munich's Javi Martinez about what it takes to excel on the pitch, and in life:

"The idea is to create content that evokes his passions, whether that's soccer, travel, wine or something else," Zaman says. "When an athlete like Carmelo expresses in a clear way what he's passionate about, that's something brands are very interested in."

Zaman believes cultivating a loyal audience for star athletes will ultimately attract advertising dollars. "It's the 'Build it and they will come' philosophy," Zaman says, "and so far, whether on 'Hoodie SZN' or a show like '5 Minutes from Home' with Stephen Curry and [sponsor] Lyft, it's worked." 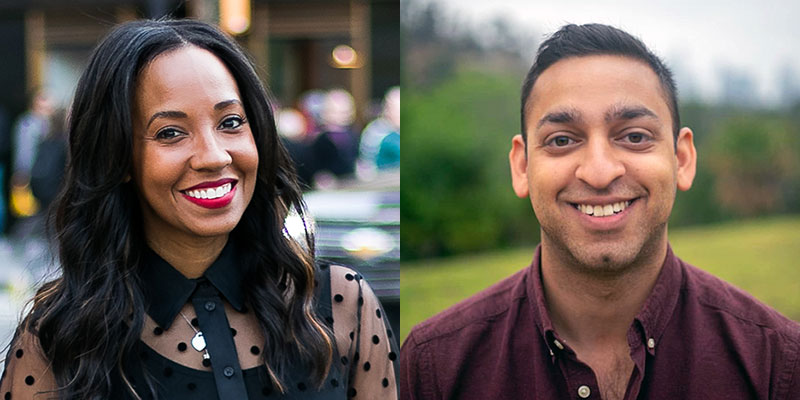 In our conversation below, edited and condensed, Swann and Zaman explain more about Anthony's YouTube strategy, which generates millions of global views and provides a potent platform for brands:

Muse: Were you surprised with Carmelo's return to the NBA?

Zaman: After witnessing Melo's performance in a few practices, and hearing about his focus and seeing his daily practice regimen firsthand, we had faith that he'd find his way back into the league. When Twitter was exploding with the news, we felt immediate joy for someone who's come to be a close partner and creative collaborator. We reached out to his team almost immediately to see how we could complement the media's coverage with a direct address from Melo to his fans, which ultimately became the "My Next Chapter" video.

Can you talk more about how that one came together?

Zaman: "My Next Chapter" embodies the challenges and upside of working with talent who are constantly generating headlines and reactions. We heard the news of Melo joining the Trail Blazers on a Thursday night, and knew we'd have to kick it into high gear to make the most of that moment. With 1 million-plus views and counting, we attribute its success to a couple of core ingredients—our team moving quickly to shoot in Portland just two days after the announcement, leaning into a stripped-down production approach that fits YouTube and emphasizes the intimacy of Melo's relationship with his fans.

Why did you launch "Melo Mondays" in the first place?

Zaman: "Melo Mondays" showcases a new model for how athletes can harness digital channels to speak directly to fans and take ownership of the weekly news cycle. The "My Next Chapter" episode is a testament to how that approach works.

Swann: The goal is to start giving those who watch his channel a peek into his life's journey. His life as an athlete is comprised of many layers. "Melo Mondays" is a way of giving the viewer a look inside.

Why focus on Carmelo specifically? Is it just the comeback?

Zaman: We started working with Melo at what we felt was an compelling point in his career. He was not in the league at that point, but deep in training mode, and actively pursuing opportunities to land with a team. With the constant news and rumors of whether he'd get signed to a team and which one it could be, YouTube made a ton of sense as a platform for Melo to speak directly and authentically to his fans—and show them a side of his life that they've never seen before.

Zaman: While our approach to development and programming remains the same, Melo's comeback allows us to level up the storytelling in our weekly documentary content in a meaningful way. We began by telling the story of Melo hustling every day in his time out of the NBA, and reflecting on how he uses that time to pursue his passions—family, travel, etc. Now, we're able to apply that same lens to the story of a top athlete returning to the NBA. We can show how the game has changed in a short amount of time, what it takes to perform at the top levels of the game, his friendships within the league, and how he maintains balance in his off-court life.

"Hoodie SZN." How did that show come about?

Swann: "Hoodie SZN" was born from the hashtag that started to circle in social media during one of Melo's off-season workouts. The hashtag #hoodiemelo had gone viral when he started wearing a hoodie over his head during his workouts. The mentality he had in these sessions was the birth of "Hoodie SZN."

What message are you trying to project with "Hoodie SZN"?

Swann: The tone of the show is designed to give fans a different exposure point than they are used to seeing. We want the viewer to see the mental commitment, the physical intensity and the creativity that elite athletes exhibit in their training. These athletes take very little time off and work tirelessly to come back better than the previous season. We decided that we had an opportunity to highlight other athletes and their training techniques and mentality when they are preparing for the season.

Carmelo does own a soccer team, but doesn't spotlighting that sport seem like a stretch for a famous basketball player?

Swann: The goal was to identify a sport where we wanted to start and then deliver a peek into the approach of their training technique. We started with soccer, and will move into other sports as we continue to develop.

Zaman: The episode with Rob Holding is an excellent look into the "Hoodie SZN" philosophy and really plays into the format we built around it. At the time of filming, Rob was returning to the pitch with Arsenal after months of recovery from a serious injury. Melo was in a similar place, as he was working out daily to get back into the NBA. In this episode, Melo and Rob connected on a personal level about the mental and physical challenges they've each had to overcome on their respective journeys and how they manage to tune out the world to "lock in."

What does the future of sports marketing look like? Will every athlete or ex-athlete of note become a media franchise?

Zaman: The sports stars of today have all grown up with social media and they know the power that these platforms have to move culture. Meanwhile, the media brands of athletes like LeBron James (Uninterrupted) and Stephen Curry (Unanimous) are paving the way for athletes across sports to think about their media presence as a key facet of their career during and after their playing days. This is not to say every player will have their own production company and fully programmed YouTube channel, but for the upper echelon, it will increasingly be seen as table stakes.