Capturing the nuance and craft of a growing sport

I usually edit :30 to :60 commercials, music videos and recently my longest work to date, a 10-minute short film. When the Drone Racing League approached me to edit a three-hour special on their previous year of racing, I was excited but terrified. They wanted to hook a younger online audience that wasn't being reached through the more traditional TV networks, and they wanted to leverage every angle that an online streaming platform like Facebook Live could provide.

I came to the project never having seen drone racing. I associated drones with remote airstrikes, keeping pilots safe but also adding disturbing ease and detachment to the taking of human life.

While there are undeniable similarities, these are not those drones. Racing drones are small, fast, agile, and most importantly, controlled while wearing goggles that allow a pilot to see from the perspective of the tiny camera lens embedded in its nose. As I started researching, I was drawn in while watching full seasons of the DRL that had aired on ESPN. Drone racing is fast-paced and exciting. They fly close to each other and navigate gates positioned to create complex courses. They often crash dramatically, sending shards of plastic in every direction.

Seeing the POV feed that the pilots were using to fly, I was reminded of Top Gun and Star Wars, and as I watched more and more footage, I became increasingly aware that there was a level of nuance and craft in the racing that wasn't being fully revealed in the broadcast. This edit would allow us to showcase that pilot skill with a new storyline and additional graphic overlays. We had a chance to make this story more engaging for a new racing audience within the more binge-able streaming platform that we were hoping to utilize.

Drone racing is still in its infancy, and most racing leagues are showing it in a way that's not compelling and doesn't highlight what makes the sport great. DRL distinguished some key parts of the sport from a viewer perspective that many of the other drone leagues out there failed to solve. They've made the drones highly visible, with each pilot flying with the same color LED lights each week. They've gone to great lengths to make the courses clear, reusing familiar obstacles but in new and progressively challenging configurations.

They already had a great graphics package, and working with Michael Marciano at PS260, we were able to integrate new graphics into the show, making the race and strategies pilots were utilizing clearer. This was a huge way to bolster the edit to create comprehension with visuals alone for an audience that tuned in without sound. Providing the viewers with the ability to track who is doing what opened up the race strategy and allowed them to identify with certain tendencies or strategies.

While there was a temptation to play up any drama between pilots off the course, to honor the sport I wanted to focus on what made certain pilots successful and highlight their personalities through the way they raced. When were they cautious and when were they aggressive? Where were they making up time on the other competitors, and how? In what ways were they pushing the boundaries of the sport and thinking outside the two-dimensional boxes that more conventional racing is confined to? We felt that these parts of the race were best shown through the POV footage their drones had captured in the races and worked to incorporate as much of that into recaps of crucial races as possible.

The real-time POV footage is what viewers want to see, and putting us inside the drones in the midst of these technically difficult race courses is what makes the sport exciting and shows us the potential for dynamic three-dimensional lines to be drawn in the future of racing. We were able to pinpoint sections of races where two pilots were consistently in each other's field of view and show the race from their perspectives, highlighting how they put themselves ahead.

By airing on an interactive platform, we were able to give fans an experience where they could message and see live reactions from the pilots themselves, bringing them into the story on a different level. We were also able to create sustainable interest by advertising and giving away several DRL racing drones during the Facebook live stream. 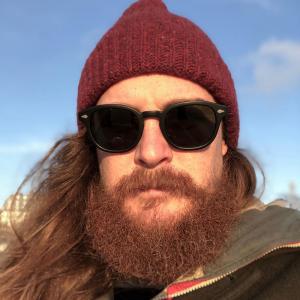