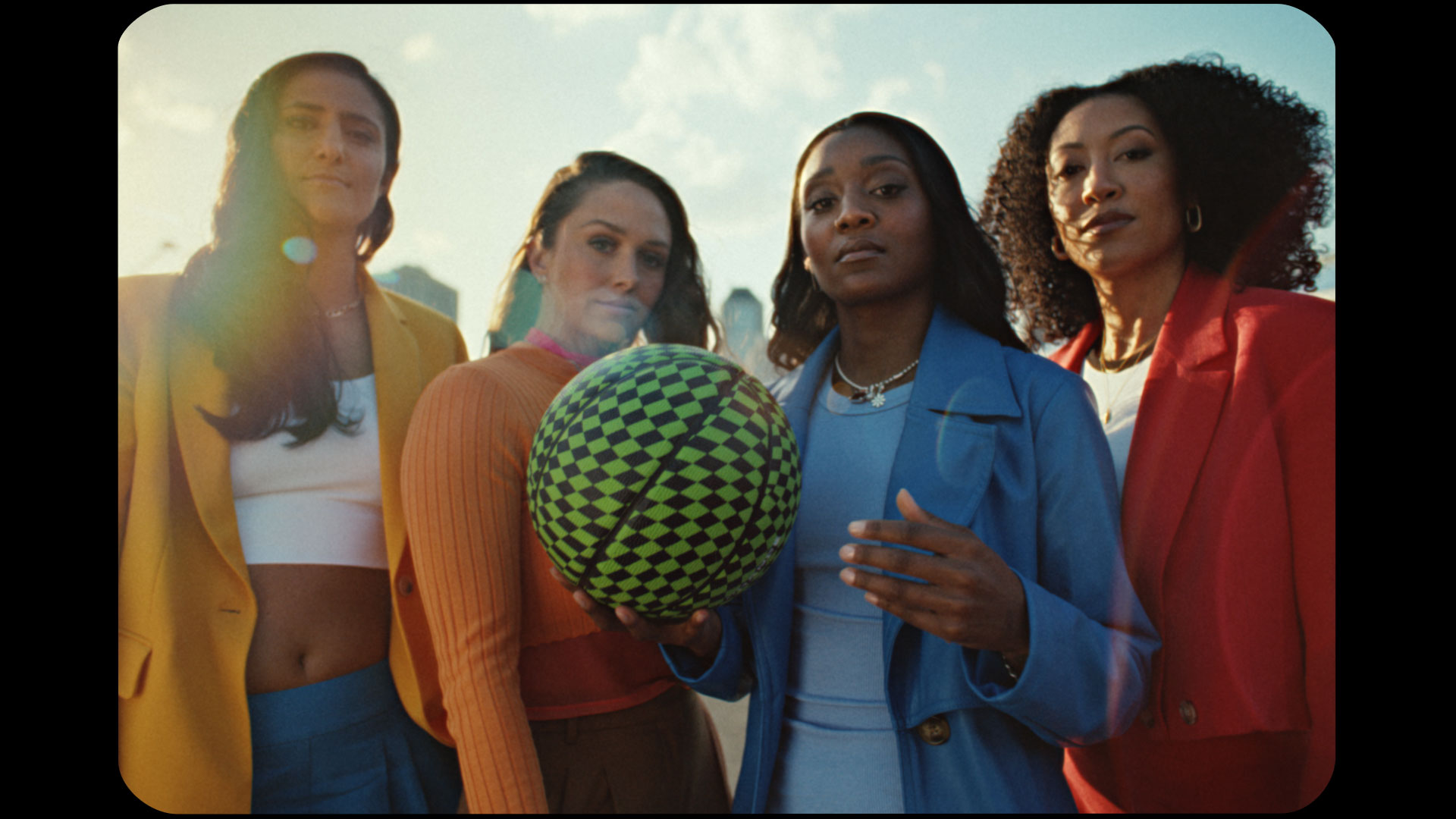 To appreciate the scope of the NBA's impact as a social driver and grassroots force for good, just follow the bouncing ball.

"They say this game can take you far. They never told you how far you can take the game," Westbrook's narration begins, as we watch a basketball's journey into the broader world and observe the activities of the aforementioned trio.

"The NBA has always demonstrated a desire to push the game to new heights and into new arenas of culture," says Hennessy U.S. senior vice president Jasmin Allen. "The game's influence goes well beyond the court to impact communities around the world."

The work acknowledges that "Hoopers were no longer just hoopers, they were becoming artists, business owners, executive producers and whatever else they wanted to be," adds Droga5 copywriter Nate Richards.

Indeed, "Make Moves That Start Movements" underscores the league's ever-expanding influence (at a time when the NFL, MLB and other sports have idled or lost ground). The NBA recently explored these themes in its Idris Elba-voiced playoff campaign, while Hennessy elegantly illustrated such concepts last year. Even Nike's "Play New" draws from a similar game plan, showing competition, movement and exercise enriching lives outside the lines of play.

On the most basic level, these efforts portray sports as a vibrant facet of the modern zeitgeist, strengthening character, improving lives and buttressing neighborhoods in sundry ways. Clearly, that's true for hundreds and millions (perhaps billions) of folks worldwide. So such messaging, essentially an evolution and expansion of the "Just Do It" ethos, rings loud and true across multiple campaigns.

Beyond the half-minute "Start Movements" anthem, Hennessy plans to extend its "Unfinished Business" platform to the NBA, encouraging teams and players to launch and support community projects nationwide. Droga5 introduced the initiative last year to assist Black, Asian and Latinx small-business owners struggling against inequities exacerbated by the pandemic.

"Two things that have made me who I am today are my drive on the court and inspiring and impacting others beyond the game of basketball," Westbrook, who made an "Unfinished Business" donation to help facilitate positive change, says in a statement. "Working with Hennessy, I'm able to continue expanding my legacy to make a meaningful impact and keep inspiring others."