Enter to win a 'Stadium in a Box'

Sports fans everywhere are missing the no-frills hard-plastic comfort of stadium seating, with the pandemic allowing only cardboard cutouts into ballparks and arenas. But Heineken has MLS fans covered.

The so-called "Stadium in a Box" includes a real stadium seat from your favorite team, a custom Heineken 0.0 beverage fridge, and a gift card to get iconic stadium food delivered right to your door. There are 23 of these snazzy packages, and they'll be delivered to the winners of a Heineken 0.0 contest on Twitter.

The campaign was concepted, designed and produced by creative agency Fast Horse. And the seats are actual seats taken from actual stadiums—not just replicas.

Here are some shots of the absurd yet delightful creation: 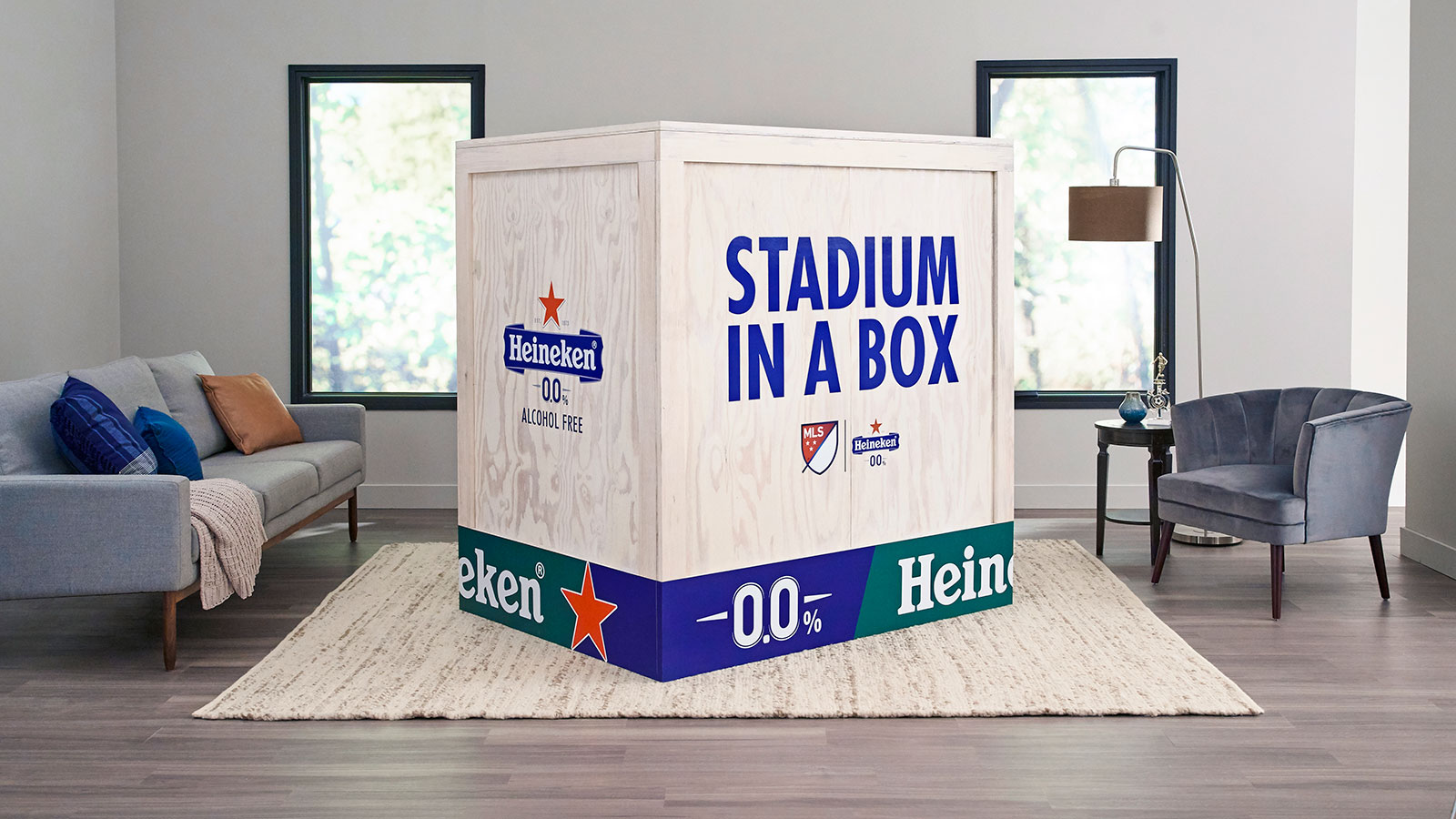 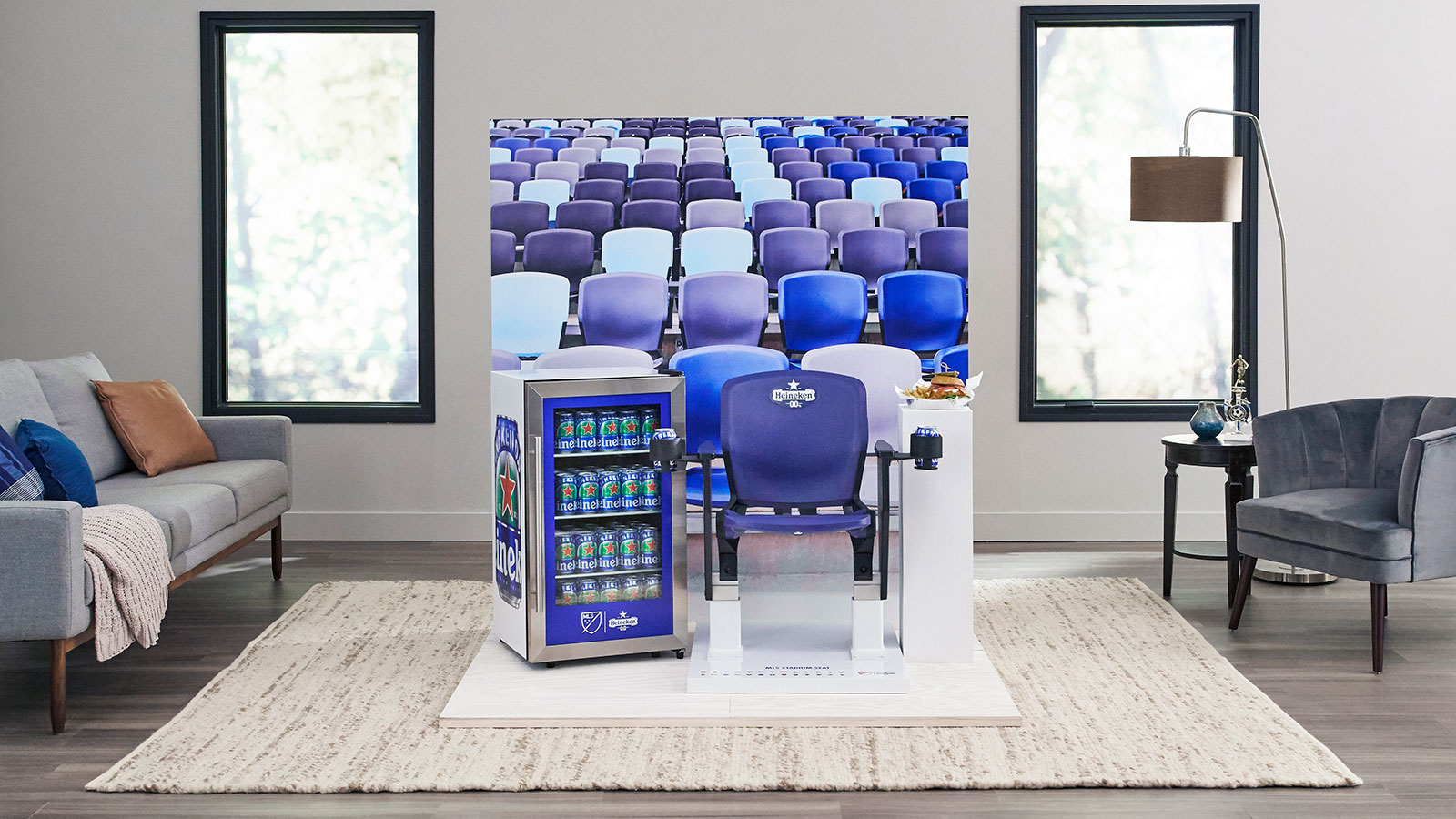 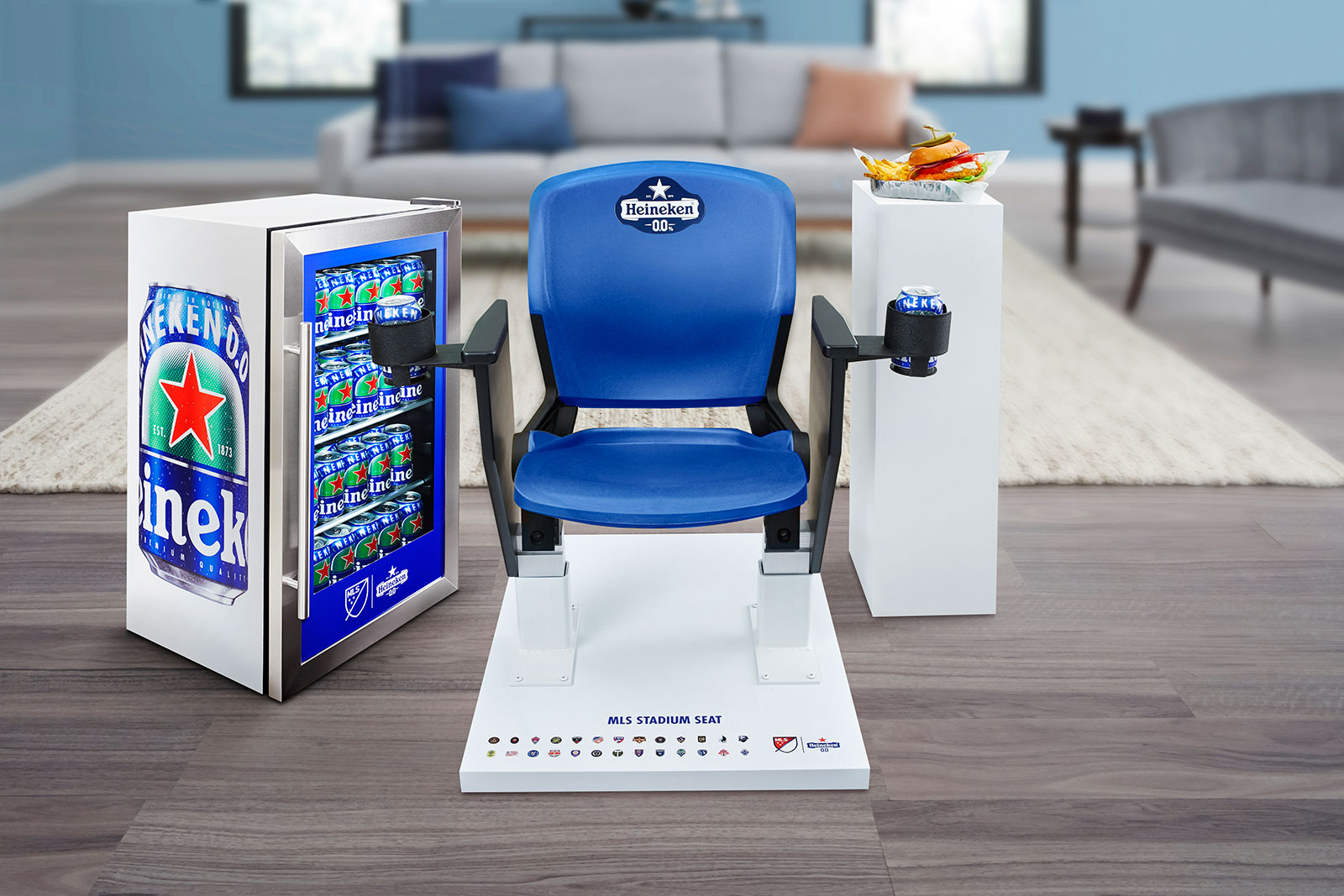 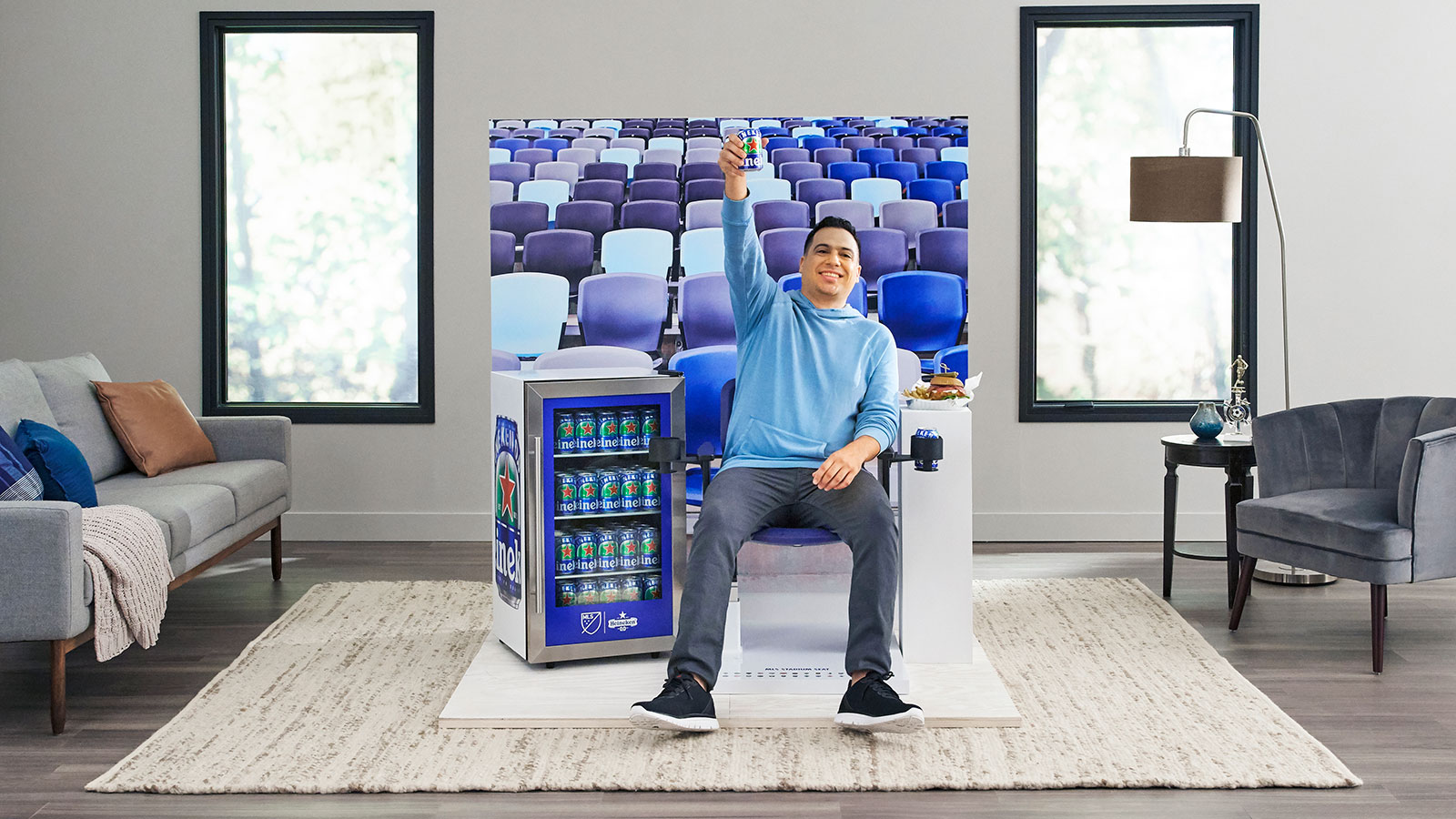 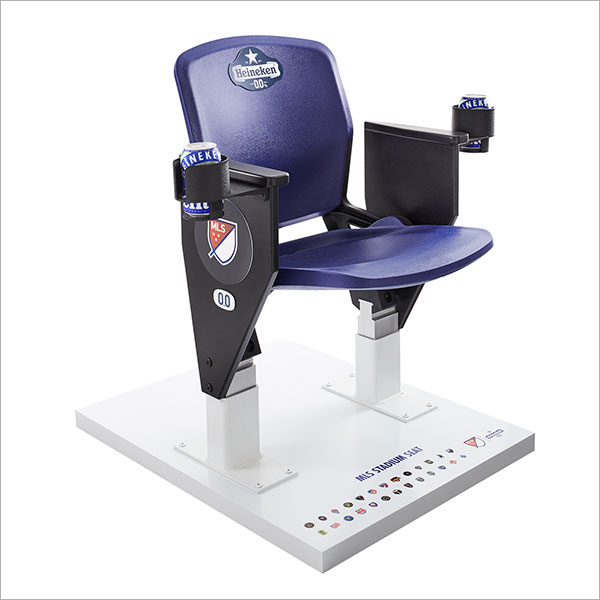 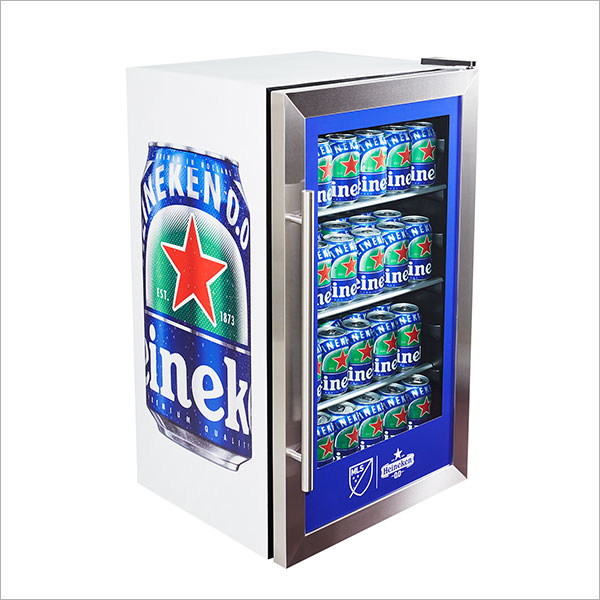 "As you can imagine, securing authentic seats from across the country was no easy feat, especially when some teams share their stadiums with other leagues," Meredith Kiss, senior brand manager at Heineken, tells Muse. "But it was important to us to make sure we weren't giving fans a generic stadium experience."

Kiss says the concept went into production five days after it was approved and launched five days after that. "With so much uncertainty around the return of sports, we knew if we wanted to bring this opportunity to fans we needed to act quickly," she says.

Heineken has been a longtime global sponsor of the UEFA Champions League. "So we know soccer fans are as passionate about the in-stadium experience as they are about the teams they support," Kiss says. "While broadcast and streaming services are improving and starting to show more coverage of MLS, we knew fans would be missing the stadium experience that is such a big part of MLS. If the fans couldn't be in the stadium to cheer on their favorite team, we wanted to provide a way for them to get that same experience at home."

Heineken 0.0 is an alcohol-free beer that launched in the U.S. in 2019. "This is just one more way we can encourage trial of a category that some people in the United States are still unaware of," Kiss says. "By giving fans an opportunity to taste Heineken 0.0 in a familiar setting—in this case while watching a game—we know it will be considered the next time they want a beer but not the alcohol."