That kid's got some flipping attitude 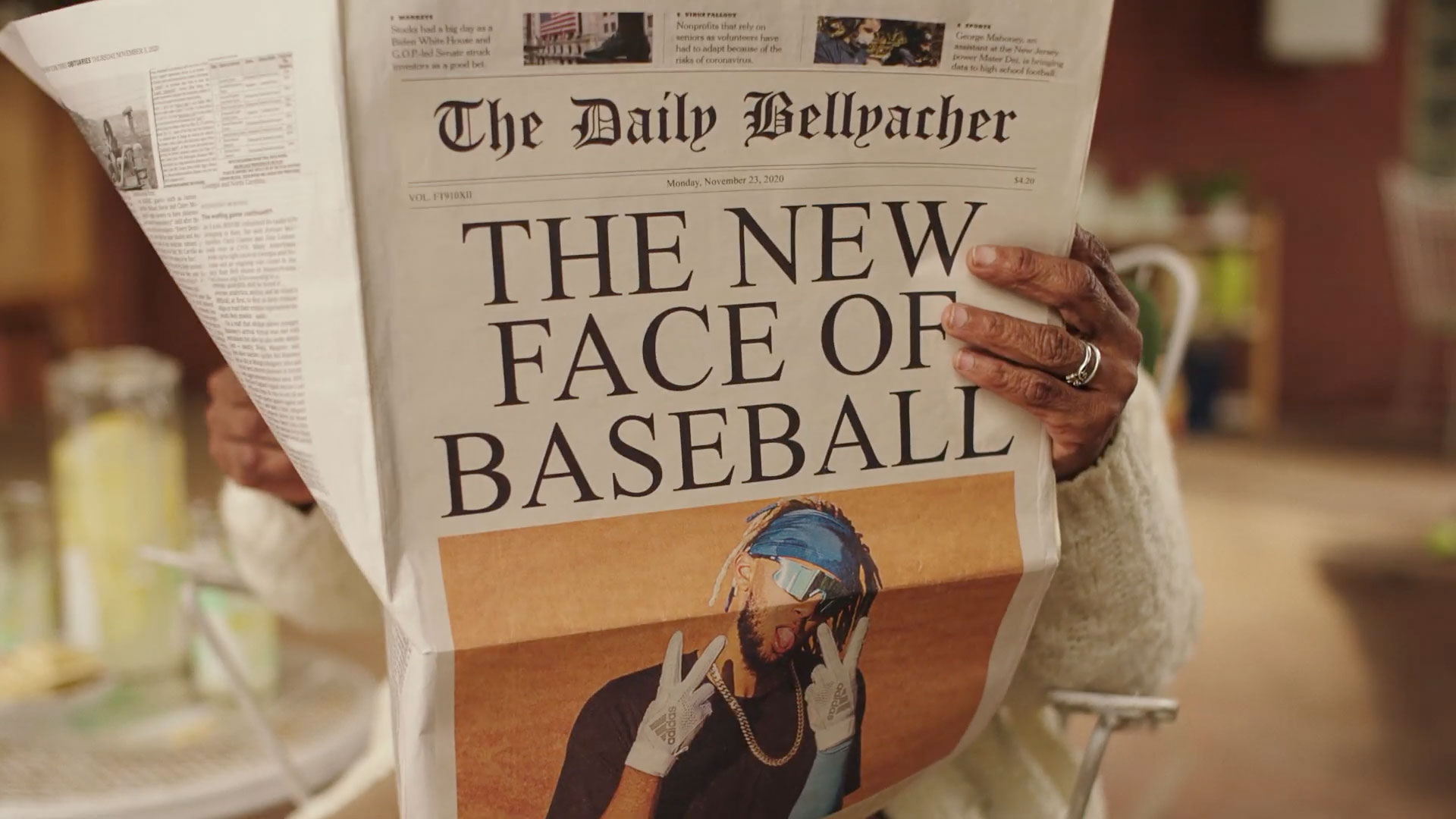 If you're going to strut around with bat-flipping attitude like Major League Baseball phenom Fernando Tatís Jr., you'd better have the skills to back it up.

Indeed, the San Diego Padres' 21-year-old shortstop, one of the most dynamic young talents in the game, possesses the complete package: power, speed, defense, the grit and determination to win. Yet, many old-school MLB boosters bristle at his brash swagger. And some whine about the budding superstar—"Who does he think he is?" "What happened to respect?" "He's making a mockery of the game!"—in this amusing spot from Adidas:

As kids, they probably walked 20 miles to baseball practice in the wind and rain every single day.

Of course, their disapproval only underscores Tatís' position as a supremely confident change-maker who's rewriting the rules of a sport some believe has grown staid and stuffy. The ad ends with the line, "Baseball is dead. Long live baseball."

"Adidas came to us to create an ad celebrating Tatís Jr., one of the MVP favorites," recalls Mo Said, founder and creative chief at Mojo Supermarket, which developed the campaign with director Crobin Leo of Gravy Films.

"But as we started talking, MLB announced its [three] finalists for the MVP award, and Tatís's name wasn't there," Said tells Muse. "He was snubbed! The old guard had spoken, and they didn't see him as the new face of baseball. So instead of backing off the ad, we doubled down. Instead of making an ad with Tatis's highlight reel, we made one that barely shows him."

This approach spotlights the slugger's mystique, and underscores how out of touch his haters are about a new breed of athletes less tied to baseball's stodgy traditions. (Tatís placed fourth in the MVP race. In fairness, he slumped a bit at the end.)

According to Said: "Showing old guys who never played, criticizing the most exciting young player for being too fun, really paints how tired the sport has become. The ad is trying to say that old baseball is dead, and that players like Fernando Tatís Jr. will usher a new, fun wave of baseball, and no one can stop them."

"We had to make this ad in a matter of days, during Covid," he recalls. "There was no time to second-guess anything. We found our cast of real baseball fans in a day, got them Covid tested the next day, and shot the ad two days after that. All the dialogue is real 'criticism' that Tatís got. It's the classic past-his-prime old guy yelling at the TV—you can't fake it."

Adidas embraced the notion of playing up the bold direction of the game and flipping off some prissy commercial viewers—metaphorically, natch, as Tatís's bat flies after he hits a home run, but not his middle finger.

Grab some peanuts and Crackerjacks, we've got more campaign elements below: