Filayyyy, a Beloved Basketball Voice, Gets His Own Streetwear Label

Inside the designs by Azzerad Studios

When it comes to giving commentary on basketball highlight clips, few can match the style of Filayyyy, aka Jesse Jones, a former NCAA hoopster who's been dubbed "the preacher of the basketball internet" by Bleacher Report for his entertaining and insightful analysis videos.

Filayyyy, who broke through in 2018 and counts innumerable NBA stars among his 2 million-plus followers, has now taken the next step in his basketball journey—getting his very own streetwear label, designed by Azzerad Studios. His turns of phrase are legendary in the basketball world, and so Azzerad's designs lean heavily on typography, beginning with the "Filayyyy" mark itself—a pleasingly haphazard jumble of those letters, mirroring the free-flowing commentary itself. 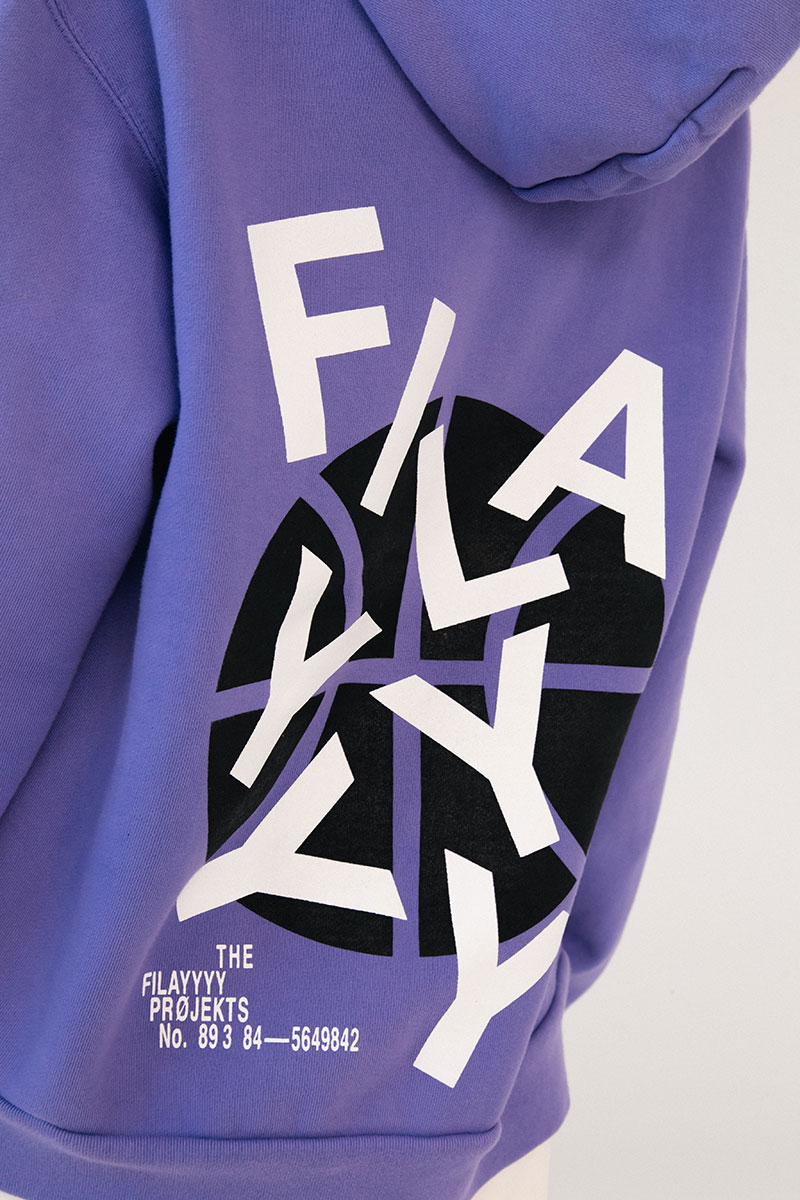 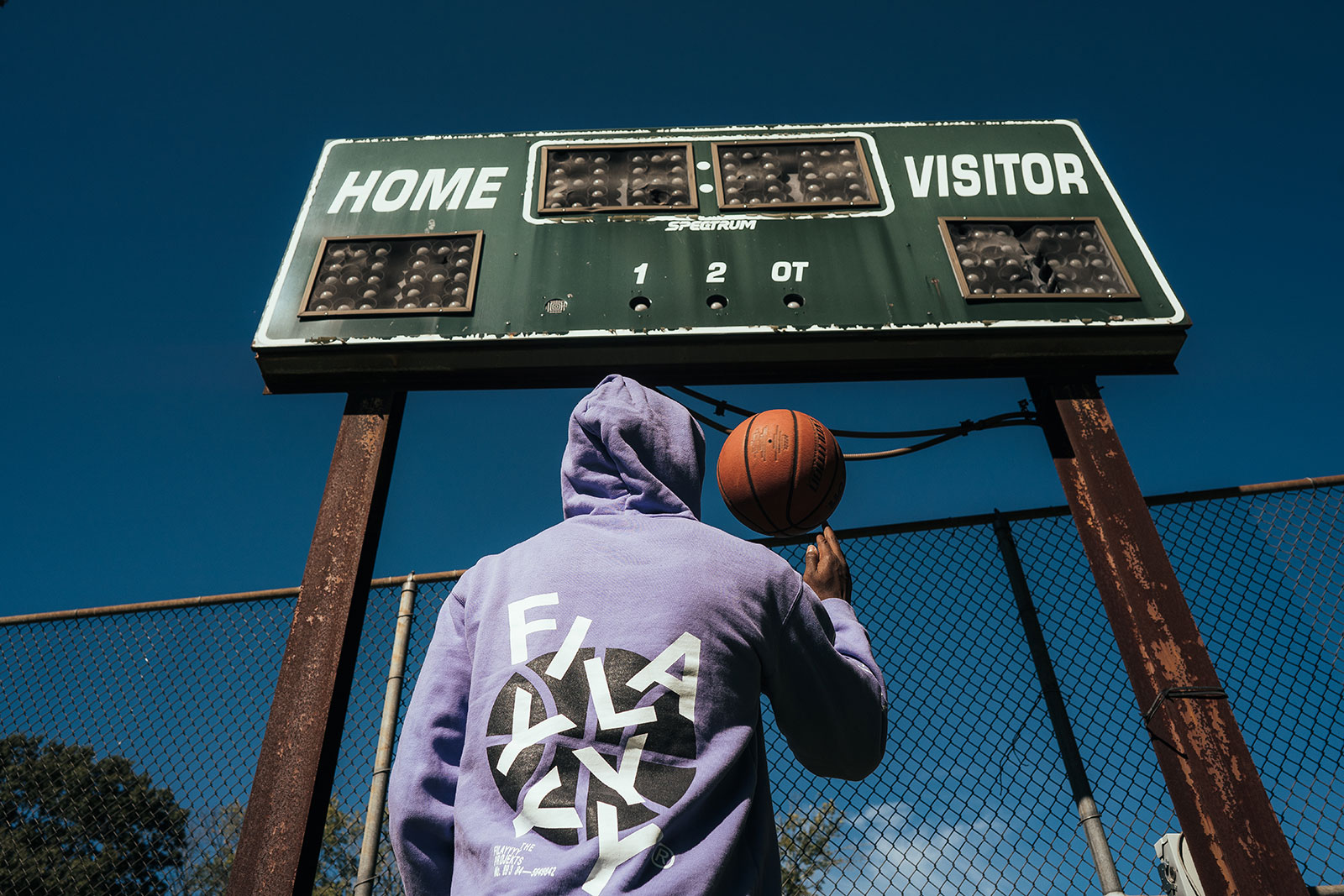 Other designs in the collection are loud and busy, reflecting Filayyyy's colorful, outspoken style. 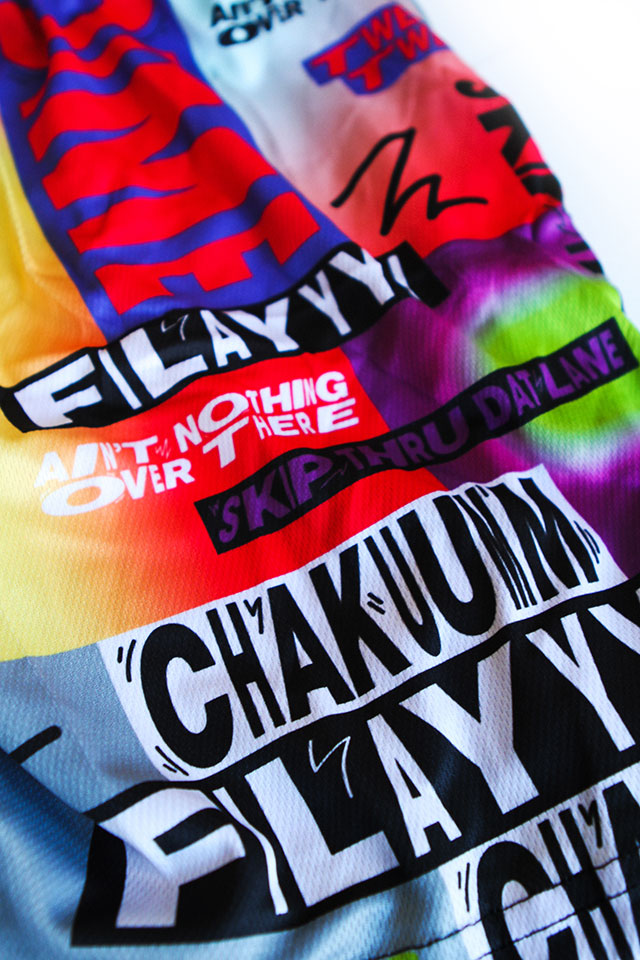 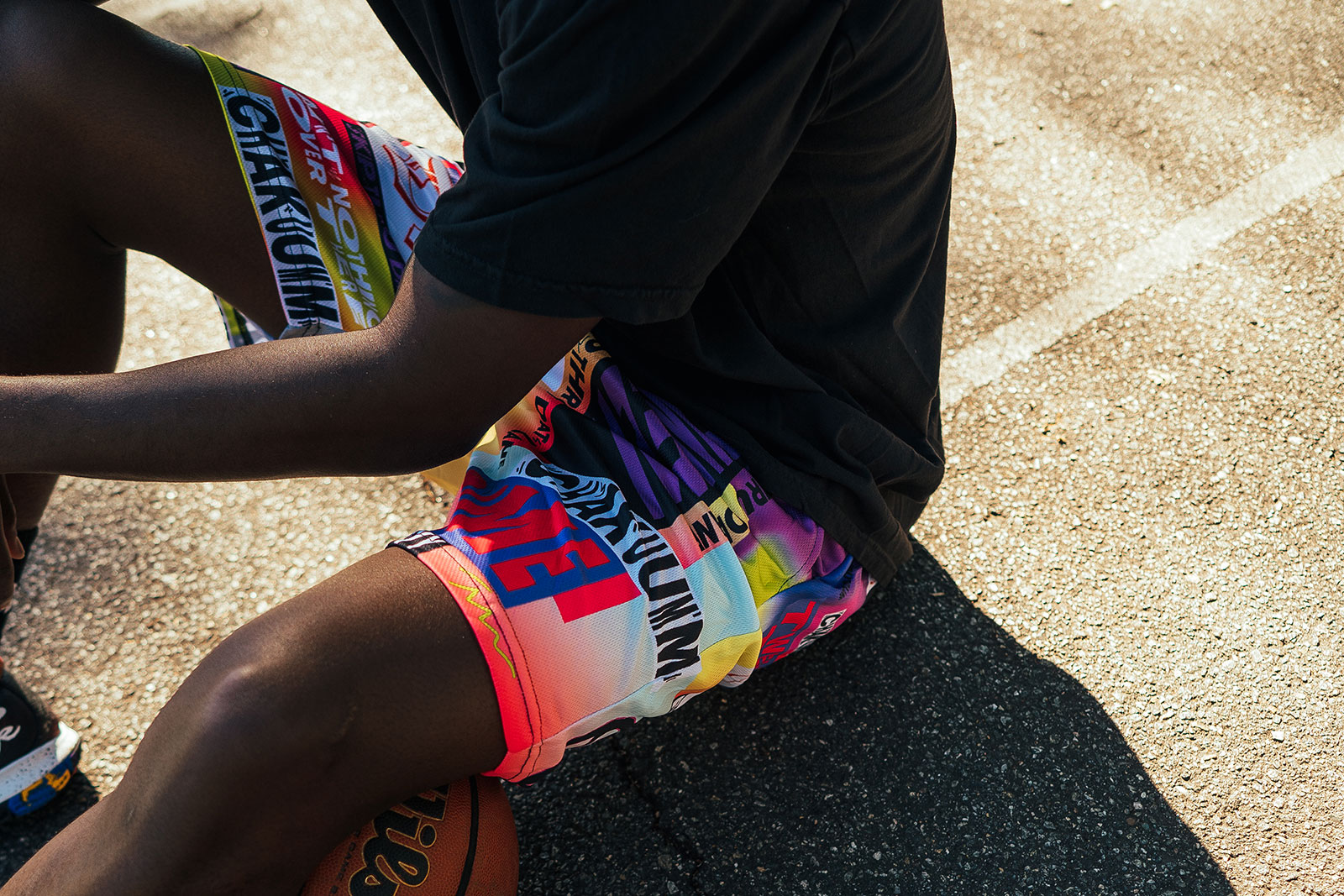 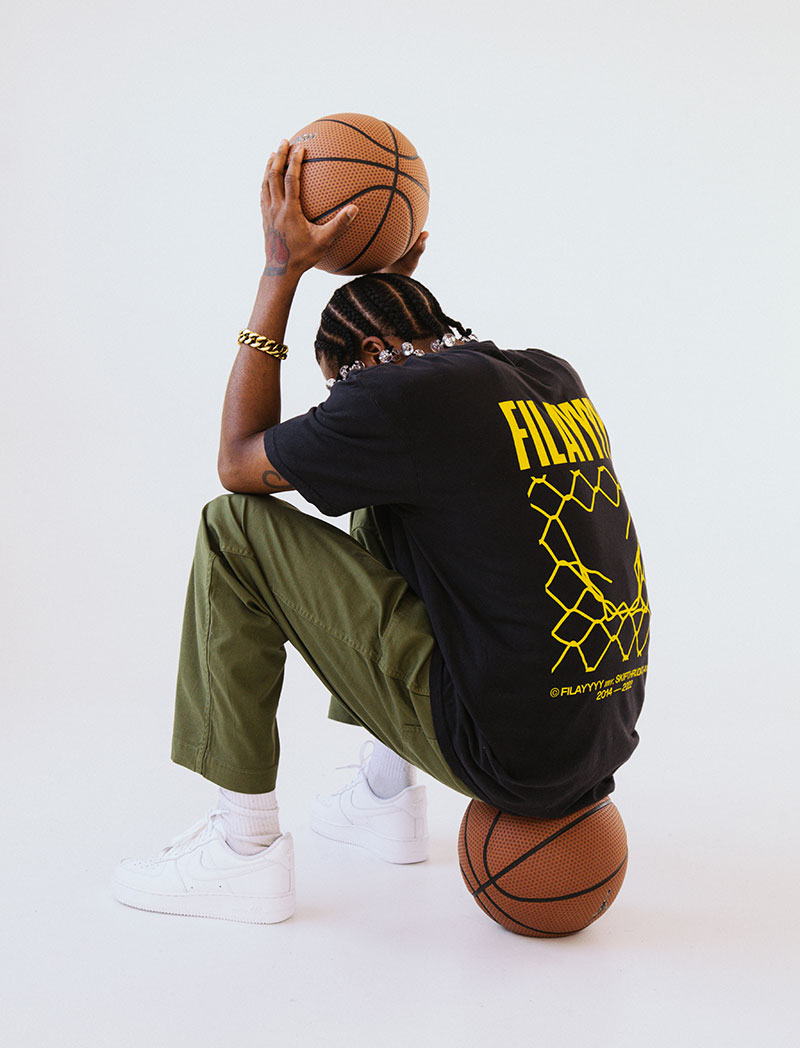 "Anyone who loves basketball knows Filayyyy. He's a part of the culture and has coined so many terms that people constantly use in the game—dime, tween, hesi, the list goes on. So, we saw a big opportunity to take his lines, and turn them into graphic designs and patterns for his streetwear line," Nathan Wigglesworth, founder and creative director of Azzerad Studios, tells Muse.

"Filayyyy has an incredibly fun brand. He makes people laugh, there's an irreverence with his videos. So we were excited to team together and create a clothing line that translates the loudness of his personality into new looks. The challenge will be to see how far we can push the graphics and designs, to get as loud as possible. We're excited to see how far we can take it."

Wigglesworth spent five years at Wieden+Kennedy New York before founding Azzerad Studios. (You may recall our interview with Nathan and his brother Dave about the differences between American and British advertising.) Nathan describes Azzerad as an "athlete-first creative studio," and indeed, his vision for the business came from working at a personal creative director to many athletes.

"I felt like there was a real missed opportunity where athletes have incredible reach, they have incredible brands and people love them, and they all have creative vision with things they want to do, but they have no resources to help create and execute those different projects," Wigglesworth says.

He was inspired originally by Lady Gaga, how she understood her brand and understood creators. Then, through a connection at the Los Angeles Lakers, he met Rich Paul, LeBron James' agent. Fast-forward a few years and he's been working directly with multiple athletes—across the NBA, NFL, boxing and soccer—and with Nike and Jordan on several recent campaigns.

"Athletes like Steph Curry, LeBron James and Kevin Durant, they have so many projects they're working on. But there's so many other athletes that are untouched and super valuable and don't have that massive support system around them," Wigglesworth says. "They still have incredible value and incredible opportunities to build their own brands, develop their own products, and connect with people in interesting ways."

Azzerad is working across numerous sports, but the NBA really is the gold standard of how individual athletes have managed to transcend their teams and build their own brands.

"It's interesting because, in England, it's always been team before self mentality," says Wigglesworth. "David Beckham was the first athlete in the U.K. who really broke out and became bigger than the team. But ultimately, I think, basketball allows the players to self-express. As time has gone on, the individual has had more power. A lot of other athletes around the world are looking to that. When I chat with the soccer players, and we ask them what brands they aspire to, most of them say basketball. They look at LeBron James. They look at Steph Curry, Kevin Durant. They don't say Ronaldo or Messi. They know how the NBA players carry themselves and push forward their brands. As time goes on, I think this idea of side before self is becoming more thing of the past, and individuals will continue to get stronger."