FCB Inferno Looks Back at 5 Years of 'This Girl Can'

Work that changed attitudes and habits across the U.K.

It can be easy to forget how different the world, and Britain, seemed in 2015. The word Brexit had yet to be invented, and the warm glow of the 2012 London Olympics was just beginning to die down.

For Sport England, that represented a problem. Ever since the Games, there had been a notable uptick in participation in sport and exercise, but that had begun to dwindle. Even more alarmingly, there was a gap of over 1.75 million more men than women who claimed to exercise regularly, according to the public body's own research. Paradoxically, however, Sport England also found that around three-quarters of girls and women aged 14-40 said that they wanted to exercise more.

The solution, created by FCB Inferno, was "This Girl Can."

Looking back at the early days of the campaign, agency EVP Sharon Jiggins recalls: "I was going into cinema screens just to watch the ad before the film played. It was amazing to see people's faces as they watched—all smiles and positivity".

Half a decade later, the campaign's impact can't be overstated. Sport England estimates that just under 3 million women have become more active as a result.

"The challenge for us," says Jiggins, "was that there was a preconceived 'look' for women that was at odds with the reality of exercising, and we needed to smash through that, and make it aspirational."

For the creatives at FCB, the scale of the campaign meant ambition was always going to be a necessity. "We knew it would have to go way beyond fitness, because we needed to show women a whole new aspiration," says Jiggins. "That meant it had to look inspirational and motivating, but at the same time very real."

Driven by a Fear of Judgment

The campaign's research threw up three key obstacles that the team would need to overcome, each of which was driven at least in part by an all-pervasive fear of judgment.

"That fear of being judged didn't just come from other people and society at large, but also from themselves. And so, to break through that, we broke the issues down into three buckets," says Jiggins.

"First of all was appearance. For many women, the issue of how they looked while exercising was something that was holding them back. Second was priority, as in women asking themselves, 'Can I really afford to be exercising right now?' when they might feel a pressure to, for example, be spending time with their kids. And finally, there was the issue of ability. Loads of people would say that their main reason for not going to the gym is that they don't see themselves as being fit enough to go. Which of course defeats the point!"

Throughout the campaign's five years, the fight against that fear of judgment has been a constant. "One of the most interesting and stark things we picked up on is that sense of judgement cuts across so many women," says Jiggins. "Even when we were doing the street casting for the first film and listening to peoples' stories, regardless of their age or what life stage they're at, their fear of judgement comes out."

That's not to say progress hasn't been made in the past half-decade. Most recently, the campaign's 2020 film sparked headlines and controversy by featuring a shot of a woman's tampon string.

This Girl Can | Me Again

For Jiggins, it's indicative of the progress that has been made over the past five years. "I think the fact we are talking about tampons and menstrual cramps in the media as a result of that film is a sign that we have moved on," she says. "The whole thing is about normalizing these things, and that means making it a part of the national conversation. We were the first non-tampon ad to feature a tampon, but it's a totally normal part of life, so why not do that? If we talked about it more, then it wouldn't be a big deal."

That progress has become prevalent enough that it is becoming visible in some surprising places. "With my two boys, I can't even describe how good it feels to see how they view girls and boys as being the same," Jiggins says. "They are the ones pointing out if there is anything sexist being said on the TV. It's funny how it's gone so far beyond fitness now and it's part of our underlying belief system, our way of life."

The Work Is Never Finished

Since the start of the campaign five years ago, both Jiggins and Sport England's campaign director Kate Dale have been a constant presence, ensuring the powerful message at the heart of "This Girl Can" remained the same.

"At this point we pretty much talk as one because this campaign pumps through us, and I think that makes it easier for the people new to the team to have a clear vision and ambition to build on," says Jiggins. 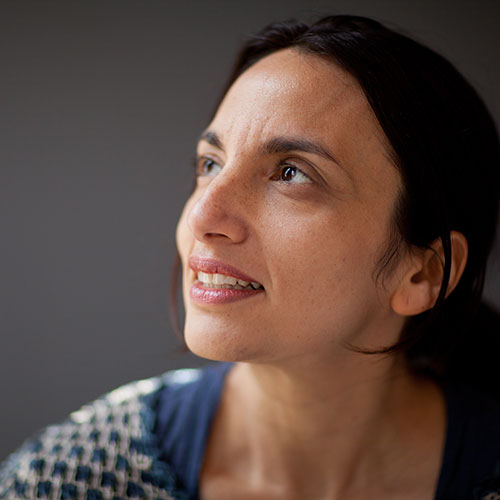 Beyond the campaign team itself, "This Girl Can" has had a lasting impact on FCB Inferno as an agency.

"We've always been lucky at FCB Inferno, because our clients generally do work that impacts society and culture in a positive way," Jiggins says. " 'This Girl Can' has become a bit of a calling card for us and the kind of work that we do."

For an agency with the brand platform of "Never Finished," it's a nice encapsulation of that philosophy. "One thing we said right at the start was that we wouldn't be running this campaign when that fear of judgment has disappeared. But we are far from that," says Jiggins.

The reality is that fear of judgment is very much alive across so many aspects of our culture. It's been only a few weeks since several high-profile media outlets expressed outrage over the way a female MP dressed in Parliament, with comments such as "slapper" and "tart" prevalent across social media.

"In terms of Never Finished, the principle behind it is that audiences change over time and we need to adapt and respond to this," Jiggins says. "What it isn't about is playing it safe or just doing the same thing over and over again. So yeah, I do think 'This Girl Can' is a perfect example of that. We're always evolving, and that's how it's stayed so relevant."

Brands Are Sitting Up and Listening

Looking forward to the next half decade, Jiggins is optimistic that "This Girl Can" will continue to push boundaries. "We've shown that being brave and authentic is good for business, the fitness industry is benefiting from more women wanting to get active," she says. "And I think others are starting to wake up and take notice of that. You can definitely see which adverts have taken their inspiration from 'This Girl Can.' However, it's disappointing to see certain fashion brands still persisting with outdated ideals of what constitutes a healthy body."

She adds: "My hope is that more and more brands see 'This Girl Can' as part of their arsenal for how to connect with women. We are already doing some amazing partnerships with the likes of Disney, with more in the pipeline for 2020. And my advice to brands who are marking IWD [International Women's Day] is to make it the start of something long-term, as what women really don't want is any more acts of tokenism."