A Eulogy for Deadspin

And they resigned as an indirect response to what's happening to journalism in general, with advertising dollars and revenue-per-eyeball taking priority over well-written prose and fastidious reporting. It's a story not worth telling if it weren't for the skill and craft each writer put into their work and the way they went out—together, integrity intact, middle fingers up all the way through the double doors.

They were a collective of some of the most talented writers I have ever read, loosely united by a love of sports as sports and a hatred of sports as business, encouraged to write about what they wanted by the many editors who defended their work and ran a profitable business in doing so. Sometimes they wrote Hater's Guides to the Williams Sonoma Catalog. Sometimes they broke the biggest stories in sports.

Sad to see talented writers willingly sacrifice their jobs because the people running the ship don't care about where it's going anymore. Sad that craft keeps losing out to coin. Sad that I can't read all of my favorite writers in one place anymore. Sad that I have to rejoin Twitter, I guess.

And I am conflicted.

Conflicted as a writer who wants to believe he is kin to these people to whom I feel close because I have read their every word for as long as I can remember, while also being a writer responsible for creating the kind of advertising at the heart of the conflict between staff and ownership. Conflicted for vying for the kinds of placements that autoplay with the sound on. Conflicted about advertising's tenuous relationship with journalism, and advertising pretending to be journalism even when it's giving voice to good cause. I am conflicted knowing that the website I loved refused to do these things while an ad writer like me suggests them with best intentions.

And I am proud.

Proud that people I respect had too much respect for what they do to do it any other way. They held their ground, their voice, and their brand, and they took it right out of the door with them. Proud to know that I've worked for and with people in this industry who would be right behind them, middle fingers up to anyone who wants us to acquiesce at the expense of the audience. It's rare and getting rarer, one place like Deadspin at a time.

It is survived by a devoted and displaced commentariat as well as their remaining sister sites—Jezebel, Gizmodo, Jalopnik, Kotaku, The Root, The Takeout, The Onion and The A.V. Club. May all their work not get in the way of one man's wealth. 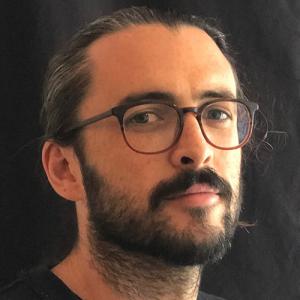