Kirk Herbstreit's class is in session 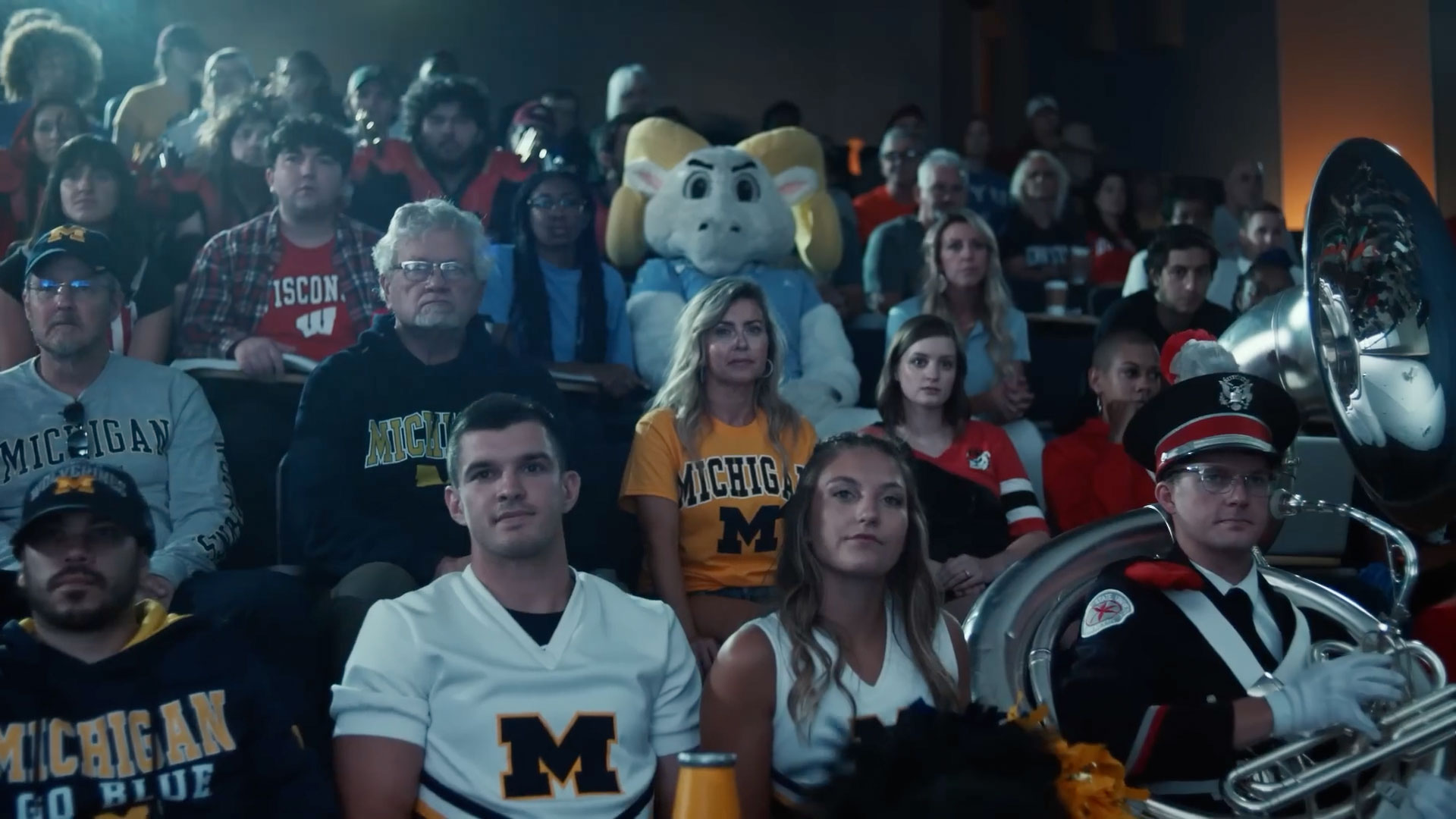 The University of Alabama's pugnacious pachyderm and other NCAA mascots—plus fans, marching band members and assorted luminaries—make up an unusual lecture class in a :60 from agency Arts & Letters hyping ESPN's college football coverage.

"What makes for a great story?" asks Kirk Herbstreit, an analyst for the network's College GameDay show, from the podium. "Is it drama? Action? Adventure? Or is it love? Not just love love, but the kind of love that makes you do crazy things?"

College Football on ESPN: The Greatest Story Ever Played

As game highlights, scenes from the stands and viral moments flash on a projection screen behind him, Herbstreit continues: "A great story has to have heroes we can root for. It has magic, it has power, and every once in a while it has miracles."

Throughout, O Positive director Jun Diaz delivers a fun salute to the game and its quirks. Pleasantly kooky, but never OTT, the ad marks an extension of a fruitful client-agency relationship, with A&L touting ESPN college football for the first time, portraying the season as "The Greatest Story Ever Played"—dramatic fare that unfolds each week in unexpected ways.

"What separates college football from any other sport is the deep passion and diverse pageantry of its fans," A&L creative director Andrew Kong tells Muse. "We really wanted to capture all the little things that make up a big part of people's college football fandom. Hopefully, that's reflected in the spot with every seat in the crowd, shot on the projector, and word in the script."

The commercial will run on ESPN, ABC and other Disney-owned platforms, plus select digital and social channels.

"Our goal with this film was to speak to both die-hard and new fans of college football," Kong says. "For fans of the sport, we worked hard to highlight stories of on- and off-the-field moments that hit at the heart of what they love most about it—constant twists and turns, coaching changes, transfers and the pageantry and passion that come with being a fan. For new fans, we're showcasing the sport in a way that piques their interest and gets them to turn on a game any Saturday this fall."

Of filming the ad, he recalls: "Between shots, it was incredible to look around this lecture hall and see all the schools and characters represented. We got to hang out with our favorite mascots—who always stayed in character—and bark along with UGA's Spike Squad."

Along with those mentioned above, the clip boasts cameos by:

CAMPAIGN TITLE: "CFB on ESPN: The Greatest Story Ever Played"