Dick's Execs Appear With Their Kids in Mother's Day Ad

Support and guidance for the next generation 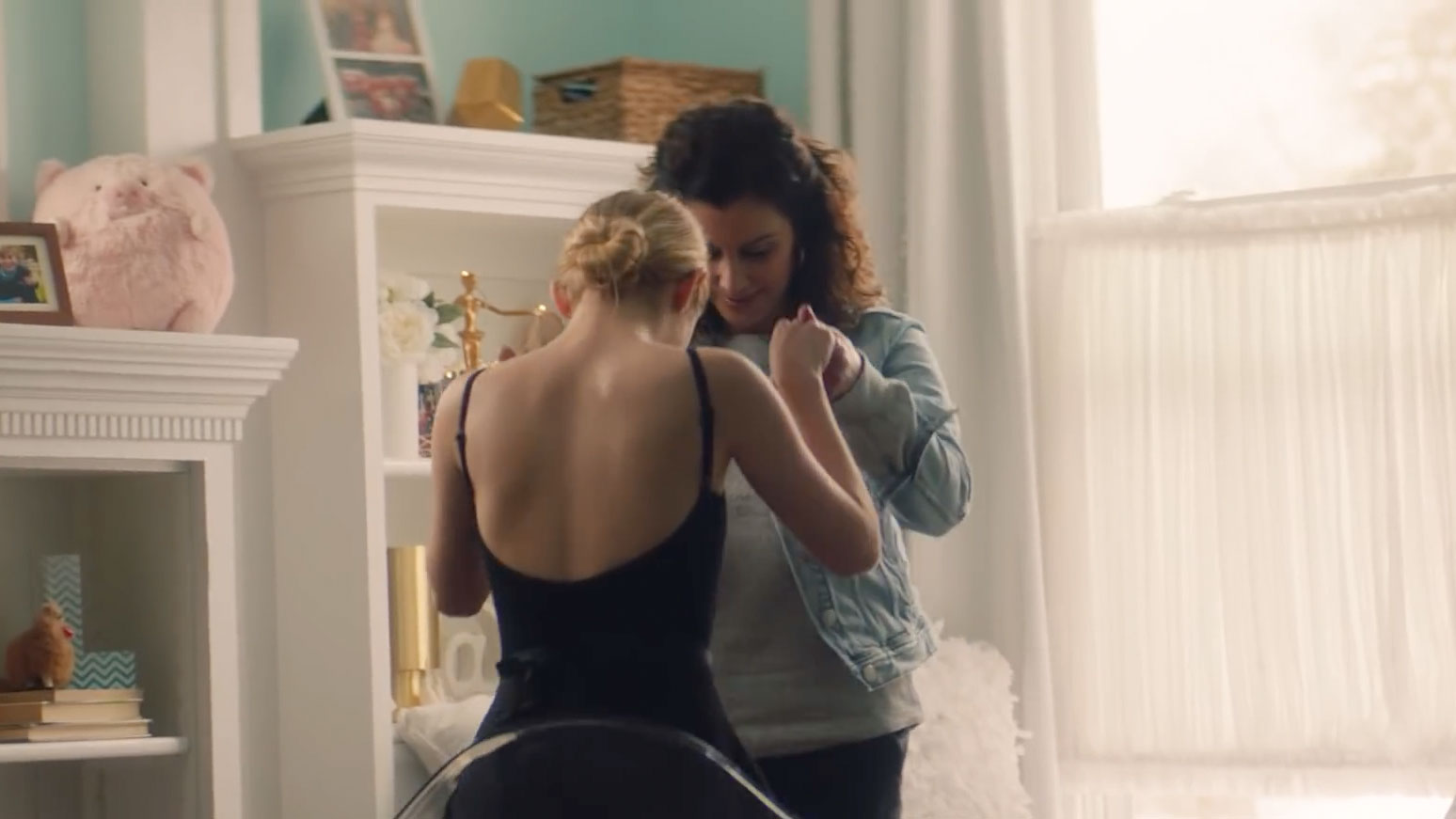 To celebrate Mother's Day, Dick's Sporting Goods put its women executives in the picture. Several appear in the minute-long spot below, offering guidance, reassurance and coaching to youngsters, including their own kids, who participate in sports and dancing.

The ad focuses on Aimee Watters, executive director of the company's charitable foundation, and her young son, who admits he's scared to play soccer, an activity he's never tried before.

"Mommy gets scared too, buddy," Watters tells the boy. "But I gotta also be brave, because if you're brave, you also might try something new. And maybe if you try it, I think it could be a lot of fun."

His mood quickly brightens. "Maybe if I scored a goal..."

"You think you could score a goal—yeah?"

"We realized that many people weren't aware that many members of our female leadership are women," Kate Fedishen, Dick's director of brand and category marketing, tells Muse. "It's something we wanted to celebrate. Many of our leaders are also moms, and we thought it was a strong message that our customers could connect with."

Filmed around the company's home base of Pittsburgh, the Mother's Day commercial "was meant to be a glimpse inside the lives of some of our leaders, and what you saw with Aimee Watters and her son was a real moment, a genuine interaction that happened between them," Fedishen says. "And when we saw that, it spoke to what we had thought about for this spot—that moms are our first fan, our first champion, cheerleader and coach. So, we built the ad around that moment."

"We think a lot of moms will relate to the message in this spot, but we really wanted to reach all of our customers because we want to build Dick's Sporting Goods as a destination for Mother's Day," she says. "We've spent a lot of time thinking about women and what they want, and we've been able to build a product assortment through our national brand partners, but also through our brands like Calia, that women really love."

The commercial gains added poignance, perhaps, because it was crafted by creative agency Badger & Winters, led by Madonna Badger, who lost her three daughters and parents in a fire on Christmas Day 2011.