When 'The Dream' can actually be a nightmare 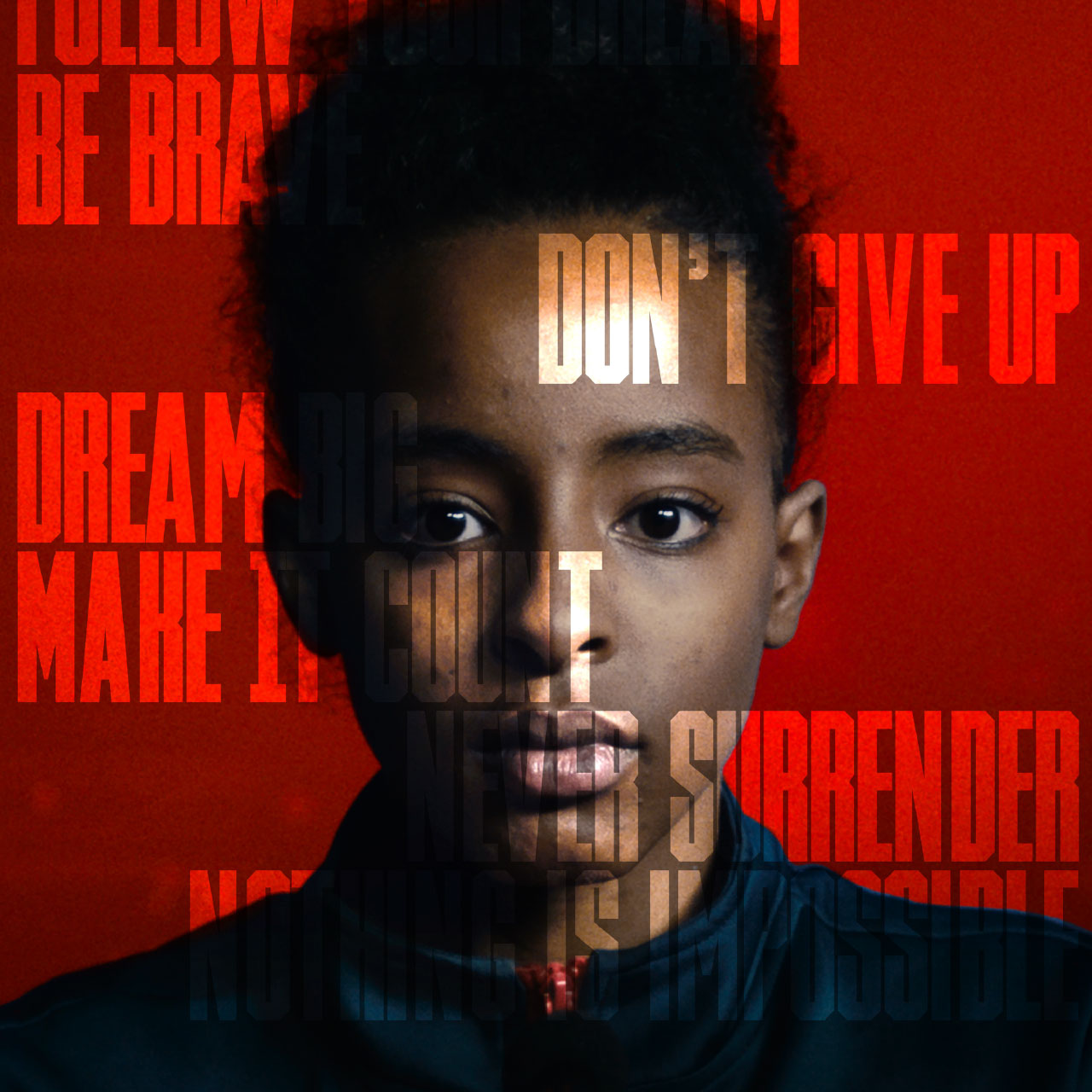 Heroes of Today, a platform dedicated to ending discrimination and intolerance—and supported by Spanish soccer league LaLiga, as well as brands like Iberia Airlines, AMC Networks, Clinica Baviera Durex, DKV and the FEPM—launched a haunting video about female athletes and the sacrifices they make to keep their dreams alive.

"The Dream," created by DDB Spain, begins at a women's gymnastics tournament. The crowd is heard cheering, but in one team's locker room, an athlete is struggling. She's crying and doesn't want to go back out and compete. Her coach kneels down, asks her what's wrong, and tells her she can't quit.

As he rambles off reasons why she can't quit, viewers flash back to her training—the pain, the early morning sessions, the years of sacrifice. "But this is the life you chose," says the coach.

As the athlete walks with her team to meet the press, her inner voice says, "Don't give up. Be brave. You can't surrender. Don't break your dream." The athlete then turn to the camera and says, "I've been hearing this shit my whole life. But nobody ever told me what I really needed to hear."

Heroes Of Today | The Dream

As she takes her seat at the presser, the coach passes by and touches her shoulder. The floodgates open. A young girl crying in a car, her teenage self crumpled naked on a gym mat. The coach has been abusing her this entire time.

The film, inspired by more than 10,000 real stories, is running online and on broadcast television via AMC Networks' Canal Hollywood, AMC, AXN and Sundance channels.

Muse spoke with Alejandro Lavezzolo, director of client services at DDB Spain, about the client brief, challenges and addressing a difficult subject.

Muse: What was the client brief?

Alejandro Lavezzolo: To raise awareness and encourage debate about the pressure on women in sports and to present a fictional story of someone who heroically stands up to it all.

The brands behind the platform believe it is a new and disruptive message that opened up a necessary conversation: questioning the "never surrender" speech was very groundbreaking. We wanted to raise the issue that behind that speech there could be someone who wants to manipulate you and make you suffer. And the fact is that thousands of sportswomen have declared that this has happened to them. We don't know why no one has dared to raise it in a piece of communication.

What do you hope comes out of the video?

Well, ideally it will open up a necessary conversation. That we stop demonizing women athletes who don't buy the "never surrender" speech, and that the world of sports pays more attention to the situations that this generates.

When did the other two videos launch and what was their focus?

The first film in 2019 was about racism in sports and its relevance today, and the second one in 2021 was about homophobia in sports. In 2020, we couldn't launch a film because of the pandemic.

Were there any challenges creating the campaign?

Many. The production is very ambitious—it's cinema. It's a fictional story and in people's imagination these stories are very Hollywood, with top level production. To be at that level was a gigantic challenge.