Anthony Davis, King Bach, T-Pain 'Own Their Ridges' for Ruffles

First ads from the Frito-Lay brand in a decade 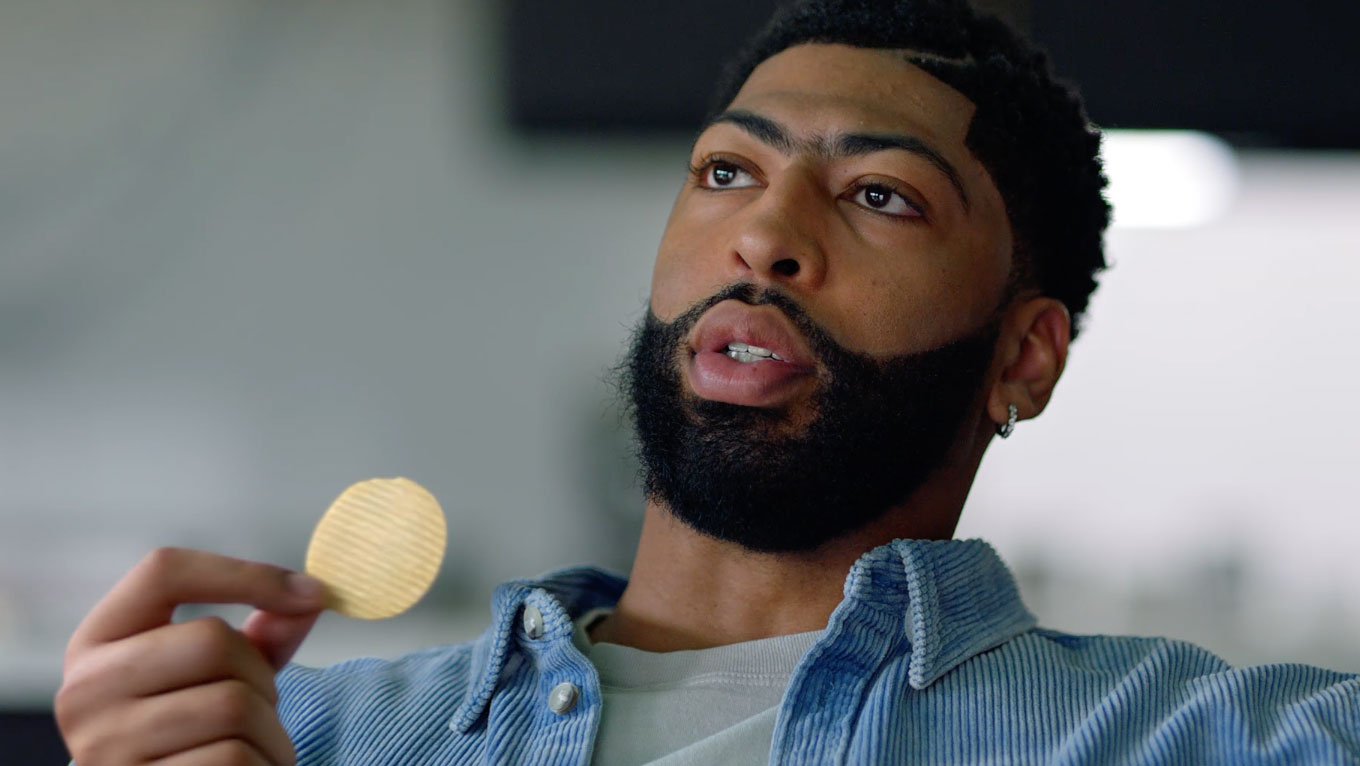 What would Ruffles potato chips be like without ridges?

Their philosophical exploration leads to a wacky realm of existential malaise, in which rapper T-Pain performs without AutoTune and a hoops coach couldn't care less about winning:

Ruffles | Own Your Ridges

Tagged "Own Your Ridges," the push from creative studio Motive "is meant to inspire our fans to own all the things about them that 'zig' when everyone else 'zags,'" says Stacy Taffet, vp of marketing at Frito-Lay North America, a unit of PepsiCo. "We want to offer a platform for our fans to find power in their uniqueness. Because nothing is more magnetic than showing up as authentically you."

Now, that's a lot to ask of a campaign for salty, crunchy snacks. Still, it's a cute approach that dips into potent brand nostalgia while satisfying current tastes in sports, music and internet celebrities.

And next month, Ruffles will introduce a "Ridge Awards" promotion, using Instagram AR filters to help users celebrate folks who "embrace their unique, quirky and distinctive 'ridges,'" the brand says. "It's an award that isn't focused on being the best, but being you."