Another shoe drops for Stan Smith in this visually playful ad introducing the Superstan, marking the second time the '70s tennis icon has lent his name to gear from Adidas.

The Superstan combines elements of the classic Stan Smith sneaker—mainly its color scheme—with the bell toe of the Adidas Superstar.

In a :60 from Hypemaker and RSA Films, Smith gets his kicks through inventive split-screening. Director Marie Schuller displays the self-deprecating septuagenarian in one section of the frame, while Superstan action—such as breakdancing and basketball moves performed by young athletes—takes place elsewhere.

Wow, that lime tracksuit he models is so gloriously ... green.

Laid-back Smith appears via 16-millimeter film, providing a contrast with the more modern, frenetic digital footage—frequently edited to appear as a goofy extension of the Hall of Famer's body. Visually, it's a fun way to keep one foot in the brand's storied past while striding toward the future.

Smith, the winner of seven Grand Slam titles, including five in doubles, exudes great charm. He jokes that only historians remember his playing career, noting: "When people meet me, sometimes they'll say: 'Well, there's a shoe named Stan Smith.' I say, 'Yes that's true. That's my shoe.'" (Smith's personality is the polar opposite of his gung-ho namesake on American Dad. Thankfully.)

This marks the second time in recent months Adidas has leveraged its history with Stan, coming on the heels of his appearance in this amazing diorama. 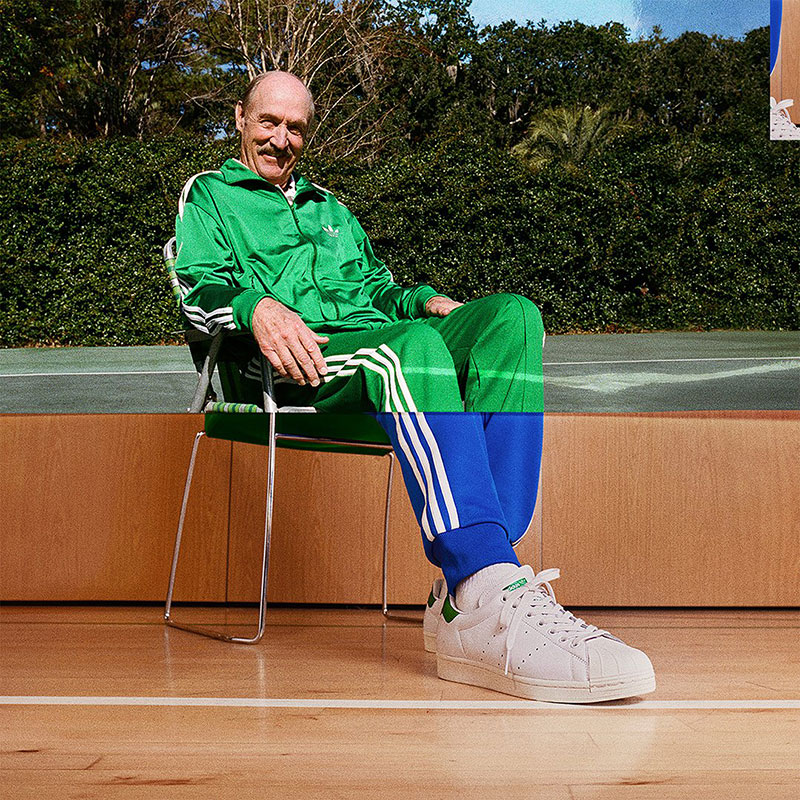 Below, director Schuller serves up some tales from the project:

Muse: Were you always planning to use the split-screen technique?

Marie Schuller: The idea of the split screen was there from the start, and part of Hypemaker's initial deck. And Adidas had access to Stan, which of course was an opportunity we didn't want to let go. He's a massively important figure in tennis and a legendary part of Adidas. Plus, he's a real charmer, and we knew that if we managed to capture some of his natural charisma, we'd be onto something. Plus, we were all well excited to play tennis with Stan under the guise of rehearsing shots.

What were the challenges in adopting this filmmaking style?

The split screen is a cinematic staple and a rather literal tool to merge two worlds in one frame, so it was fun to experiment with techniques and images to create surprising outcomes. I was driving myself insane with camera angles and distances relating to focal lengths, perspectives, and camera height relating to subject size, etc. I figured the only way to make this look impactful and deliberate was to frame it perfectly. But if you are rushing around South Carolina with an excitable Stan Smith, who suddenly hangs off a basketball hoop looking great, and you're not prepared to capture it without getting your tape measure out, it's a total mind-blow.

In a way, this was a German filmmaker's dream, because the entire shoot was based on math. I hate to live up to the stereotype, but there was definitely a part of me that was rejoicing in the math of it all. Like all fellow Germans, I have no social skills, zero sense of humor and like to see my creations stripped back to simple shapes and numbers while I shout orders in a harsh accent.

Noted! Was it tough to combine the Stan footage with the urban footage?

We shot the U.S. part of the film first. The plan was always to create two contrasting worlds and combine these to create the Superstan world: Stan's life of leisure in South Carolina, shot on sunny 16-millimeter, and London's gritty modern Superstar universe with cues of music, fashion and basketball. Having Stan's footage developed and already placed in an edit of sorts made the process much easier, because we were able to live-match the London footage to our U.S. material. This allowed us to work systematically and tick our shots off the list. 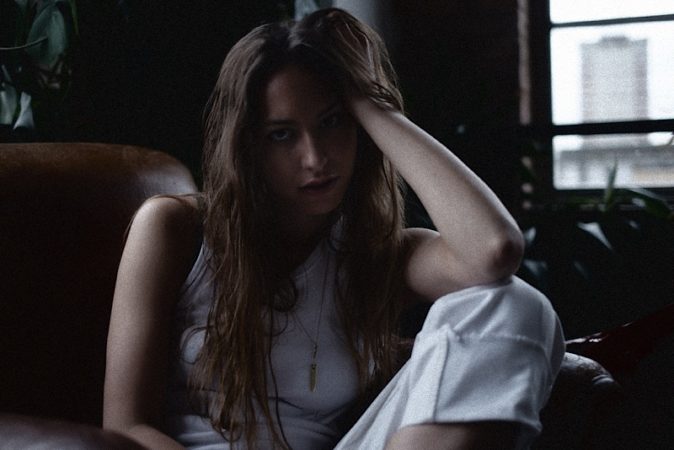 Did Stan ad-lib a lot?

I always like the idea of interviewing subjects and having them talk freely, as it offers a much more insightful and genuine sense of storytelling, but of course you never know what they might say, which makes planning difficult. We created a set of questions to guide him in a specific direction. Naturally, he went somewhere completely different, and once he came up with the recurring storyline of being confused with a shoe, I knew we had our story. It's just such a great and bizarrely Stan-specific thing.

He was kind and excited, immediately welcomed us into his house, talking us through everything from his trophies to the aviation drawings on his kids' bedroom walls. He was also an incredibly confident and capable performer, which made our job very easy. You could tell he enjoyed being filmed, which took the awkwardness out of it. He was also incredibly helpful. Whatever idea you threw at him, he made it happen: "You want a gold kart? I'll get you a gold kart!"

We shot him the day before Thanksgiving, meaning his entire family was in town. Stan has 16 grandkids, I think, and they all run around clad head to toe in Adidas. It's really a testament to the Smiths how nice everyone was: Stan's wife Marjory, his kids—even his dog was the best-behaved dog in the world!