The Return to 'The Third Place.' How Covid-19 Is Impacting Human Behavior

What the data says about our re-socialization

People are typically in three places—their residence, place of employment, and a third location often related to socialization and enjoyment (gym, restaurant). Covid-19 has flipped this notion on its head, and now all of these have been drilled down to one singular point: the home.

The idea of these "third places" comes from sociologist Ray Oldenburg. The third place is especially important in our lives as it serves as a social gathering spot, a place to exchange ideas and build empathy for folks from all walks of life. The digital fingerprint comprising the three places that best describe a person is a powerful way to understand human behavior through the lens of data.

Some predictive models of behavior were anchored to the fingerprint made up by these three places, which are historically stable for an individual. Such a seismic shift has wreaked havoc on many predictive models, as the assumptions they encoded completely collapsed under the sudden weight of shelter-in-place restrictions. Interestingly, some of the patterns that have emerged have been fleeting. A behavior like trip chaining (people visiting multiple stores during a singular outing), we believe has evolved as a way for people to deal with food and supply shortages. This trend is now waning, as stores are better able to keep products on the shelves and consumers can get more of what they want at fewer locations. Other behaviors have taken root, such as increased walking and cycling trips, as have visits to parks and other open-air spaces.

As human beings, we are social creatures to our core, and need interaction with others. Interactions between two people are among the most complicated and nuanced of all human activity, and appear to be an influential element in maintaining cognitive function as we age.

As we look toward reopening, it's not overly surprising that many third places are among the first to bounce back. From Billups and Safegraph data, we are seeing increases in visits to parks (+24 percent), coffee shops (+32 percent) and restaurants (+49 percent) as shelter-in-place rules are loosened. Anecdotally, the return to some level of normalcy is drastically sought by many, and some are returning to the traditional third place with a mix of trepidation and excitement. This brings with it a heightened sense of novelty and will likely lead to OOH exposures, creating a higher impact as more people return to metro areas. This could include walking on a previous vehicle-only pathway and experiencing familiar placements in a new light. Seattle, PDX and NYC have closed hundreds of miles of streets, and the experience of seeing a poster on foot is very different than seeing it while driving.

For some folks, there will ongoing concern about infection, and return to public places will be tentative, likely allowing weeks to elapse to let others test the waters. But in time, this will become normalized. In fact, previous research indicates this is common post-pandemic behavior, and is also present in the data from other countries post Covid-19. However, others will likely immediately return to common shopping and dining patterns with friends to counter the period of isolation. We have seen blips of both sides of this coin in our data. On reopening day in Atlanta, we saw traffic jump 19 percent, but activity was still lower than the pre-Covid-19 baseline. Longer term, a possible increase in work from home will elevate more tangential locations to replace the workplace, and these consumers might, in essence, be described by two third places and their home.

I would expect that as more of our work-life becomes digital, many people will seek real-life social interactions to fill this void, and thus, these third places stand to see some of the strongest post-shelter-in-place growth. On the other hand, I expect travel and public transit to see depressed numbers potentially well into 2021 as lingering concerns of close protracted contact slowly wane. 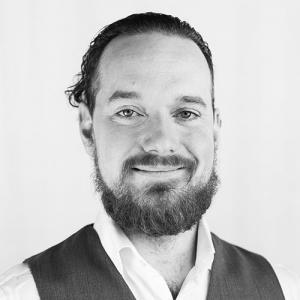