'I decided to start living life like a video game' 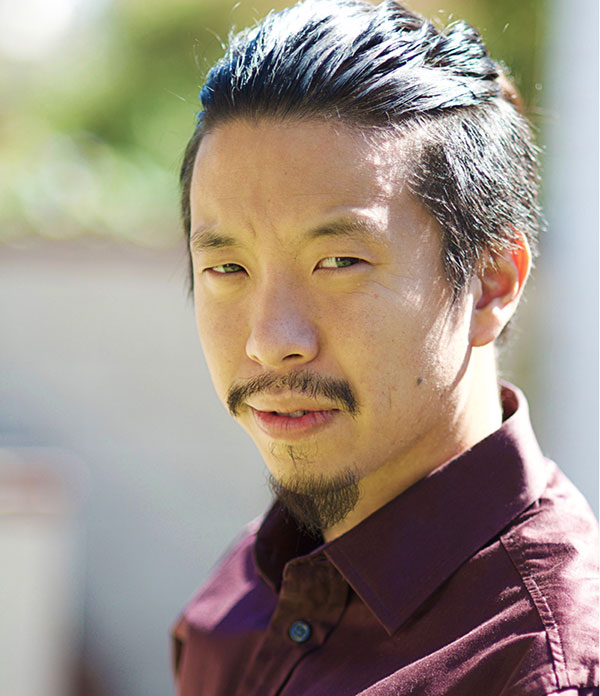 Reinventions profiles people who've made big pivots. Meet Michael Lang, who left production and entrepreneurship to teach others how to tell stories more effectively (not to mention taking on a few side quests).

I was the CFO of a production company, Inner Image Media, and co-founder of the company Rapid Reelz, a content creation company that helped build actor résumés and demo reels. I was head writer for both companies and lead producer for any projects that came our way. This meant I looked at every script that we took on, organized and managed sets, and did all the HR stuff, among other things a person running their own business would have to deal with.

Several things came together that triggered my reinvention. First was just the amount of work and responsibilities on my shoulders that were beginning to weigh me down. This caused a lot of friction between me and my business partner. It wasn't until a conversation with an old friend who was going through marriage issues that I realized I, too, was in a toxic relationship.

That alone wouldn't have done it, but at the same time all this was going on, I was restructuring our client consultation process and figuring out how to better prepare new writers for our form of writing. This was meant to speed up the consultation process, but meetings ended up getting longer due to conversations about life and growth. It wasn't until a potential client mentioned to me that my "writing process" would likely be just as beneficial to non-writers as well that I started actually considering making a change in my life.

Change is always terrifying, and it becomes more difficult when you have a dozen or so employees who depend on what you do for their own financial security. The very first step was accepting this was something I wanted to do and could do, then telling my business partner. Once we established that I wasn't just in need of a long vacation, we began training and hiring others to do all the things I was doing for the companies. Turned out I was doing the job of five people.

All the training and restructuring that had to be done. You never realize how much is locked inside your head until you have to explain it to others. That took about a year and a half to make happen. Sometimes it was just a matter of me stepping away from a responsibility, and letting others figure out their process for handling things. There were many "helicopter parent" moments from me, but it got easier by the end.

Saying goodbye to everyone. One of the things that kept me back for so long was my love for my team and the community that we built. I thought when it was time to say goodbye it would hurt more, but I was so ready to start a new adventure, and realized that, thanks to social media, they would still be in my life in some capacity.

Remember how much time and work it took to accomplish all the things you did before reinventing yourself. If you're jumping into a new industry, it doesn't matter how much you know, you're starting back at zero. Some skills and experiences will translate, but be prepared to spend another few years rebuilding. Give yourself the time to actually reinvent yourself before running back to what you once were.

The two biggest inspirations for me during this time were a "life empowerment" camp that I participated in to support a friend, and the game Witcher 3.

While I was working on my own reinvention, a friend was hard at work developing his own life curriculum. With help from a mutual friend, they organized a kind of adult summer camp to help others process conflicts in their lives. Watching the group have one life-changing moment after another motivated me to get my own stuff done so I could one day offer the same opportunities.

The other moment was very random, but really did change the way I approached life. I was playing Witcher 3, your basic RPG game. I was completing a side quest, an optional adventure that has nothing to do with the main story of the game, when I realized I had stopped taking on side quests in life: Meeting up with friends, going to random events, just doing things outside of work and career. I was grinding away at my "main story," but missing out on all the side content happening around me.

Anyone who has ever played an RPG knows that the side stuff is usually the most interesting part of the game. So I decided to start living life like I played video games. If anyone had a request or was doing something, I'd say yes and see where the adventure took me. This has taken me to some odd places, but also allowed me to form bonds with people that led to opportunities to teach and build new communities. It turns out life's side quests can lead to the best rewards, but sometimes you get literal trash. It's the nature of chaos.

My life is completely different these days. Thinking about it now, five years later, it feels like a completely different life lived by a different person. It's like trying to imagine life in college. At the same time, I'm the same person fundamentally—just more refined, more confident in the choices I'm making for myself.

Ironically, I'm technically doing the same things I used to, but in a completely different way. Rather than running my own business, I've been traveling and helping others build their business or organization. Instead of reading and editing stories for adult clients, I'm teaching and guiding the next generation in story and character development. Fun fact: Hollywood producers and creative kids give off the same energy when you tell them their idea doesn't make any sense.

As for going back to Hollywood? I'm sure there will be a reason for me to go back eventually, but my relationship with that industry will be very different.

I have a whole playlist of songs on Spotify for this! Some personal favorites would be "The Fire" by the Roots, "Born for This" by the Score, and "Hey, Asshole" by Watsky.

"Storyteller, Educator, Wizard" is currently what is written under my name. One big thing about leaving the company was focusing on my own stories. In 2019, I published a silly little self-help satire that was written more to facilitate the educator side of things. That said, I am confident enough to claim that I should also have my first novel published this year.

In the meantime, I've been working with and teaching on the online learning platform Outschool. I focus on creative writing, as well as emotional intelligence development or social-emotional learning, depending on which acronym you may be more familiar with. I'm also actively building content on EID outside that platform through my website, and am an occasional guest speaker/lecturer for organizations and events.

The wizard aspect describes everything else I've found myself getting involved in—helping others build or stabilize their business or organization, providing mentorship to those going through their own reinvention, or just providing insight and expertise as a consultant on certain topics or policies. I've always felt the wizard's phase in a magician's life is when they decide to pass down and share what they know to all who could benefit, so it's the only title that fits.